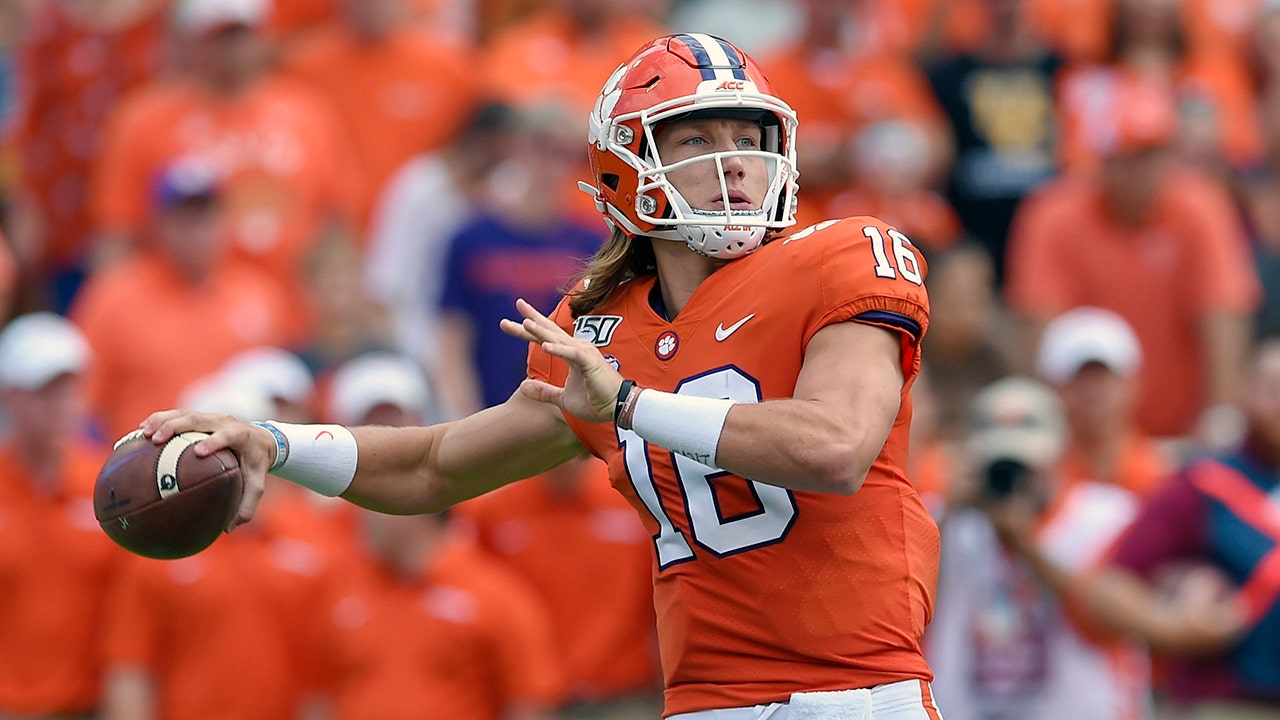 The race for the bottom is heating up among NFL fans who have little faith in their teams heading into Week 4.

The New York Giants, New York Jets, Minnesota Vikings, Denver Broncos and Atlanta Falcons are all 0-3 and disgruntled fans are now asking their teams to commit to having the worst season in the league in hopes of drafting Clemson star Trevor Lawrence.

Welcome to “Tanking for Trevor.”

The young quarterback, aware of his own reputation, made light of the social media trend and said Tuesday, “I try to ignore it as much as possible.”

“Obviously, if you’re on social media at all, you can’t help but see some of it. It’s just funny,” he said, according to the Greenville News.

“It’s a new team every week, so I don’t think there’s any real insight into what’s going to happen,” Lawrence added. “It’s a long season – there have only been three games in the NFL and we’re on our third game. I mean it’s kind of interesting to see all the stuff that comes to me.”

“It’s funny. I don’t take it too seriously. You can’t really predict where you’re going to go, what’s going to happen, so all I can do is enjoy my time while I’m here, perform the best I can and enjoy where I’m at right now. We’ll see next year what happens.”

Unfortunately, there are several teams that could benefit from finishing with the worst record.

Lawrence led Clemson to a national championship during his freshman season. He replaced Kelly Bryant in the middle of the 2018 season. He threw for 3,280 yards and 30 touchdown passes.

During his sophomore season, Clemson lost to LSU in the national championship. Lawrence still managed to throw for 3,665 yards and 36 touchdown passes.