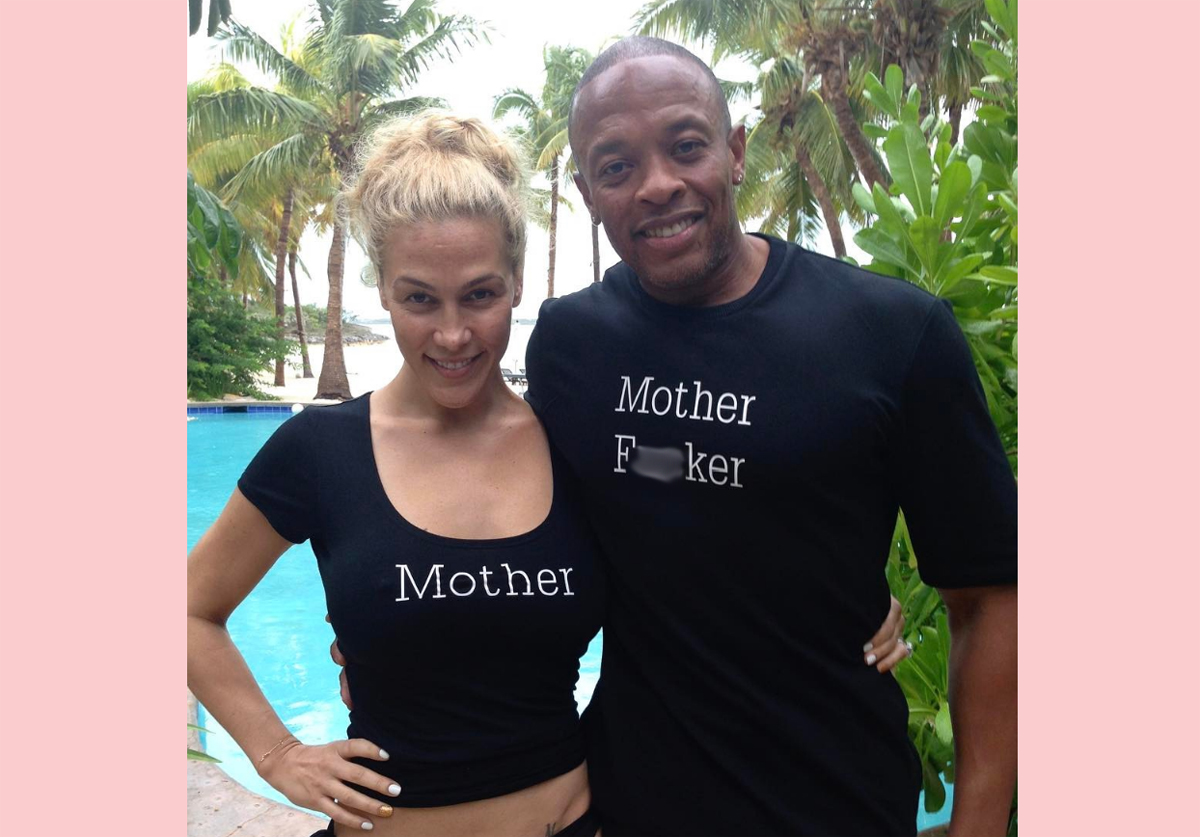 Screw it. The gloves are off.

After Nicole Young requested a whopping $2 million per month in spousal support earlier this month, Dr. Dre is through trying to be nice. Instead he’s hitting back with BITING legal words for his estranged wife!

Related: Dr. Dre Has Been ‘Pushing’ His Daughter To Go To USC For A While — Look!

Young has requested that her spousal support begins retroactively from September 1, so she is able to “continue to enjoy the lifestyle she enjoyed during marriage” — to the tune of $1,936,399 per month. YOWZA!

In a response filed last week, obtained by ET, the NWA founding member asked that the court deny Young’s request “in its entirety” — citing her entitlement as the reason she thinks she should get it:

“Petitioner and her counsel ought not be granted special privileges simply because Petitioner has become accustomed to an entitled lifestyle, particularly when that lifestyle wholly continues.”

Nicole says that Dre “kicked her out” of their Brentwood home after a “drunken rage” in the middle of the night — but she isn’t exactly on the street; she’s currently living at the couple’s Malibu residence.

In his response to her request, the 55-year-old also maintains that he has continued to pay for all of Nicole’s living expenses, which includes meals, credit card bills, and legal fees, and will do so moving forward. Seems like that would be enough for most people, right? He states:

“I have made it very clear to her by my words and actions that I want our dissolution to be amicable and for her to feel comfortable and respected.”

However, Dre’s desire for civility doesn’t mean he’s going to roll over! He says the 50-year-old’s choice to contest their prenuptial agreement “seems like the wrath of an angry person being exacerbated by opportunistic lawyers.” Damn.

According to Nicole, she claimed in earlier docs that she was forced to sign the prenup “under extreme duress” on their May 1996 wedding day, and that “only begrudgingly — and after multiple requests and a delay of two months — received a copy.”

Attorneys for the mother of two, who does not work, say she is “having difficulty paying her bills” and that the mogul has “been exerting financial control” over his ex by “ordering his agents to scrutinize her bills.”

Additionally, she alleges that her husband has “undertaken an aggressive approach to this case, engaging in gamesmanship and no-holds-barred hyper-litigation simply because he can afford to” and cut off the source funds available for her to pay for her case, hence the ask for covering $5 million in legal fees.

We doubt this will be coming to an end anytime soon!!