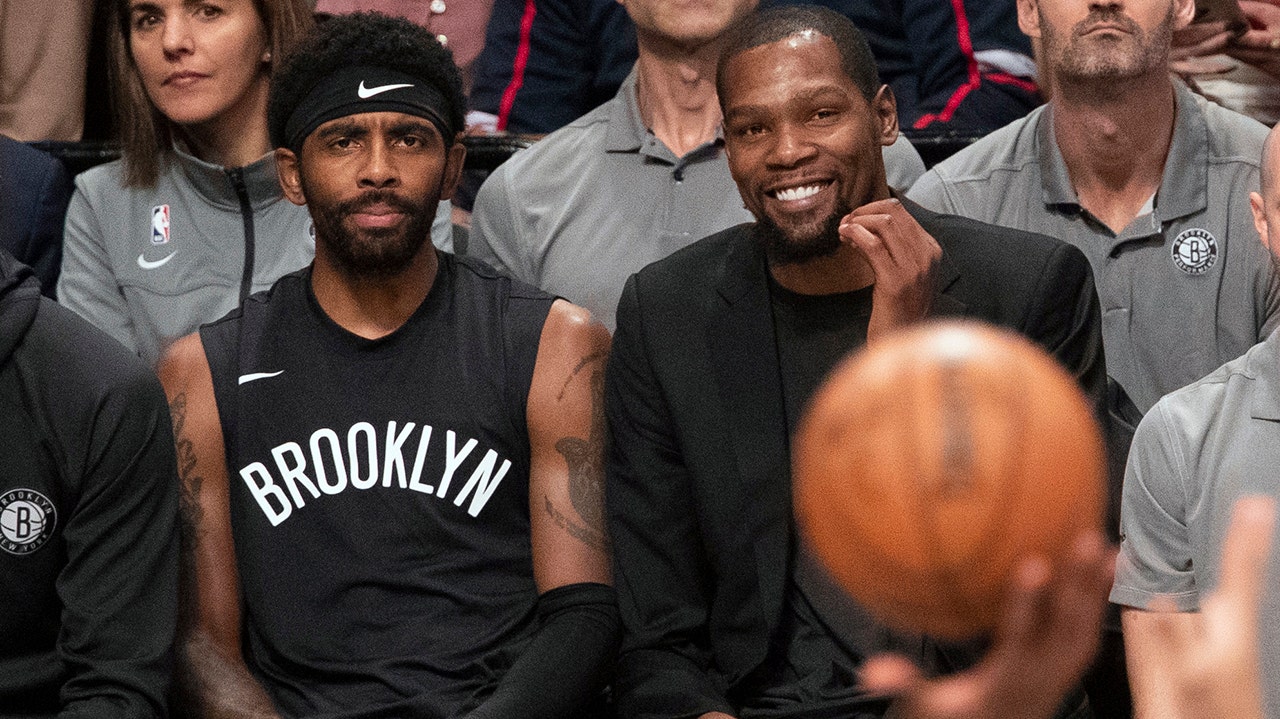 Kyrie Irving floated a new idea about how to handle the Brooklyn Nets’ coaching situation while talking to teammate Kevin Durant on his podcast “The ETCS.”

Brooklyn named Steve Nash its new head coach, taking over for interim coach Jacque Vaughn who replaced Kenny Atkinson earlier in the year. But the appointment has been controversial because Nash, who is White and lacks coaching experience, was given the job over other Black candidates with coaching experience.

Irving floated coaching by committee for the 2021 season.

HEAT ARE AILING, BUT INSIST NBA FINALS VS LAKERS AREN’T OVER

Durant added that the leadership role on the Nets’ bench would be a “collaborative effort.”

Irving said he looked forward to working with Nash and building a stronger relationship with him, according to ESPN.

“We’ve worked out one time in 2014, but it’s grown as just a respectful relationship from afar,” Irving said. “I saw him at the Hall of Fame two years ago, gave him a big hug and now he’s the head coach. And I think it’s also going to change the way we see coaches.”

There’s a respect for Nash as a player and a person.

“We always heard and saw how great Nash was as a player, but also when you get to know him as a person, you understand why he can coexist with us,” Irving said. “We don’t need someone to come in with their coaching philosophy and change everything we’re doing.”

Durant said he thinks a collaborative effort could produce good results in the long-run with players like Caris LeVert, Taurean Prince and Spencer Dinwiddie.

Irving and Durant will technically be entering their first official season together. Irving played some of the 2019-20 season before getting injured. Durant sat out the season recovering from an Achilles tendon injury.

Brooklyn made the playoffs but was bounced in the first round.