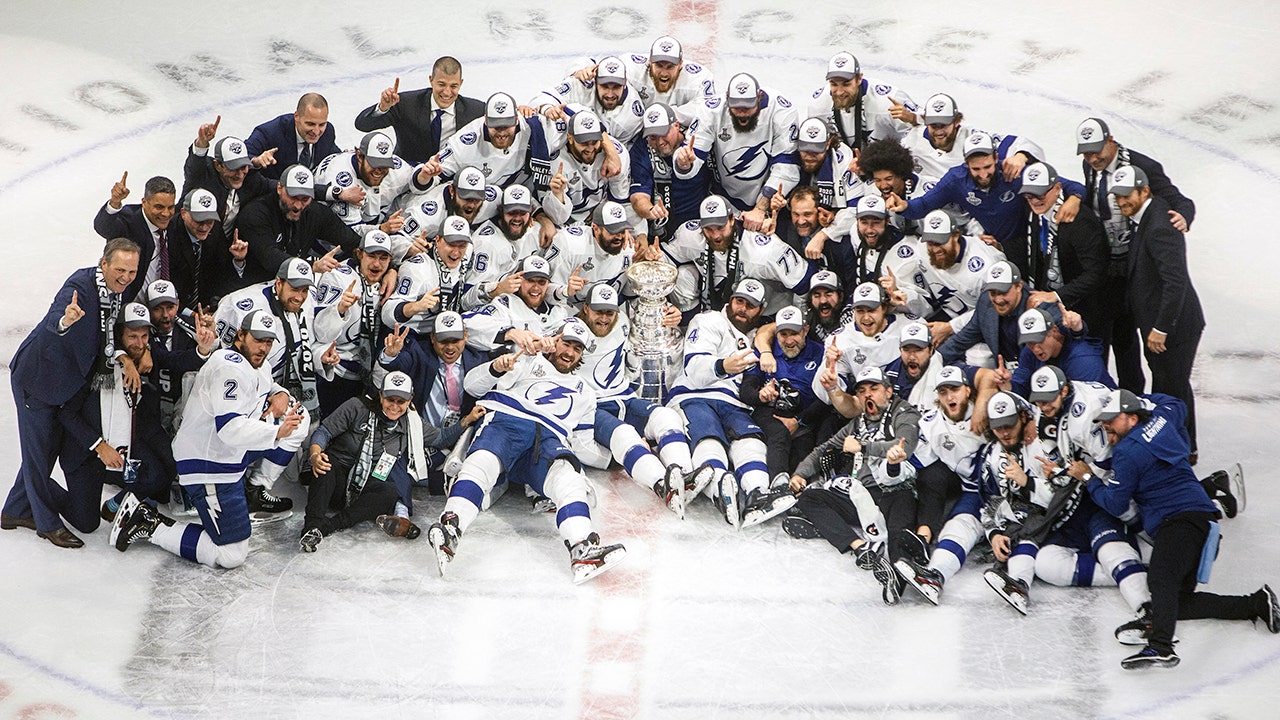 Tampa Bay Lightning center Alex Killorn had a special thank you to Florida Gov. Ron DeSantis as the team brought home the Stanley Cup for the second time in franchise history.

Killorn thanked DeSantis for opening up bars and restaurants so he and his teammates can celebrate winning the championship.

“I wanna thank the governor for opening the bars just in time for the boys. Thank you!” Killorn shouted as his Lightning teammates cheered him on.

Lightning players celebrated the Stanley Cup on Wednesday by throwing a boat parade near Tampa’s Riverwalk. Killorn and Steven Stamkos were seen taking the Cup out for a ride on their jet ski.

Lightning players also allowed some fans to drink from the Cup, which may have been in violation of proper coronavirus safety precautions.

Tampa Bay defeated the Dallas stars, 2-0, in Game 6 on Monday night to win the championship. It was the first title of the four major North American sports to be awarded.

STANLEY CUP: THINGS TO KNOW ABOUT THE NHL’S MOST PRESTIGIOUS TROPHY

Brayden Point scored his playoff-best 14th goal help finish off the most unusual NHL postseason in history, staged nearly entirely in quarantine because of the pandemic. The clock hitting zeros with no fans in attendance set off a celebration for a team that endured years of playoff heartbreak and two months in isolation.

“It takes a lot to be in a bubble for 80 days or whatever long it was,” said defenseman Victor Hedman, who was awarded the Conn Smythe Trophy as playoff MVP. “But it’s all worth it now, we’re coming home with the Cup.”

Goals from Point and Blake Coleman and a 22-save shutout by Andrei Vasilevskiy in Game 6 were enough to power the Lightning to some familiar territory.

The franchise previously won the Stanley Cup in 2004 under head coach John Tortorella when they beat the Calgary Flames 2-1 in Game 7. Tampa has had 12 playoff seasons, three culminating in final appearances.

Lightning coach Jon Cooper previously took Tampa to the Cup finals in 2015 but they lost 2-0 in Game 6 against the Chicago Blackhawks.