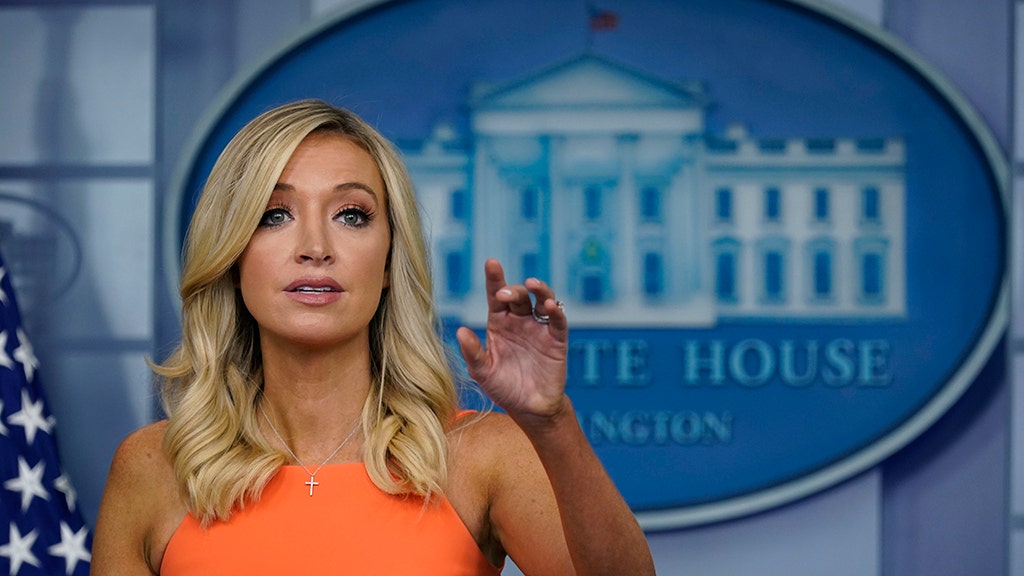 During Thursday’s White House briefing, CBS reporter Paula Reid asked McEnany if the White House agrees that “racially motivated violent extremism” is a deadly threat and what the administration plans to do about it. McEnany listed various measures Trump has taken to combat the threat, but Reid repeatedly interrupted and spoke over the press secretary.

“Let me speak, Paula,” McEnany said. “We’re not having a debate … you need to let me finish.”

The press secretary later added: “It’s quite funny that the media goes haywire about interrupting in the debates and then chooses to pursue that very same tactic themselves. This is a White House briefing, you ask a question and you give me time to answer.”

Reid and her employer didn’t seem particularly bothered, as the network tweeted out video of the exchange that was quickly shared by the reporter.

Two days earlier, media members and prominent Democrats called for changes to the format of future debates to prevent Trump from interrupting.

“That was the worst debate I have ever seen and it wasn’t even a debate. It was a disgrace,” CNN’s Jake Tapper said. “And it’s primarily because of President Trump, who spent the entire time interrupting.”

Tapper also accused Trump of being “rude,” “not abiding by any standards of decorum or decency” and “frankly embarrassing.”

Senate Minority Leader Chuck Schumer, D-N.Y., suggested a “mute button” would be necessary for another debate to take place, “given how President Trump just interrupts at will.”

“The bottom line is, Donald Trump doesn’t follow the rules [and] the commission has got to get a lot tougher,” Schumer said on Wednesday.

MSNBC’s Nicolle Wallace also pondered what future moderators would do with an “abusive” participant.

“I’ve participated in debate negotiations, there are rules. Donald Trump didn’t follow them,” Wallace said. “I wonder, very seriously, whether conversations are being had among the subsequent moderators about what to do with an abusive participant. Donald Trump abused the process.”

In fact, both candidates interrupted each other frequently Tuesday night. According to a Fox News analysis, Biden interrupted Trump 49 times and moderator Chris Wallace 18 times. Trump, meanwhile, interrupted Biden 71 times and Wallace 74 times, according to the analysis.

Ironically, Reid herself tweeted about the interruptions Tuesday night, writing that her husband had asked: “Why can’t the moderator cut their mics when they interrupt?”