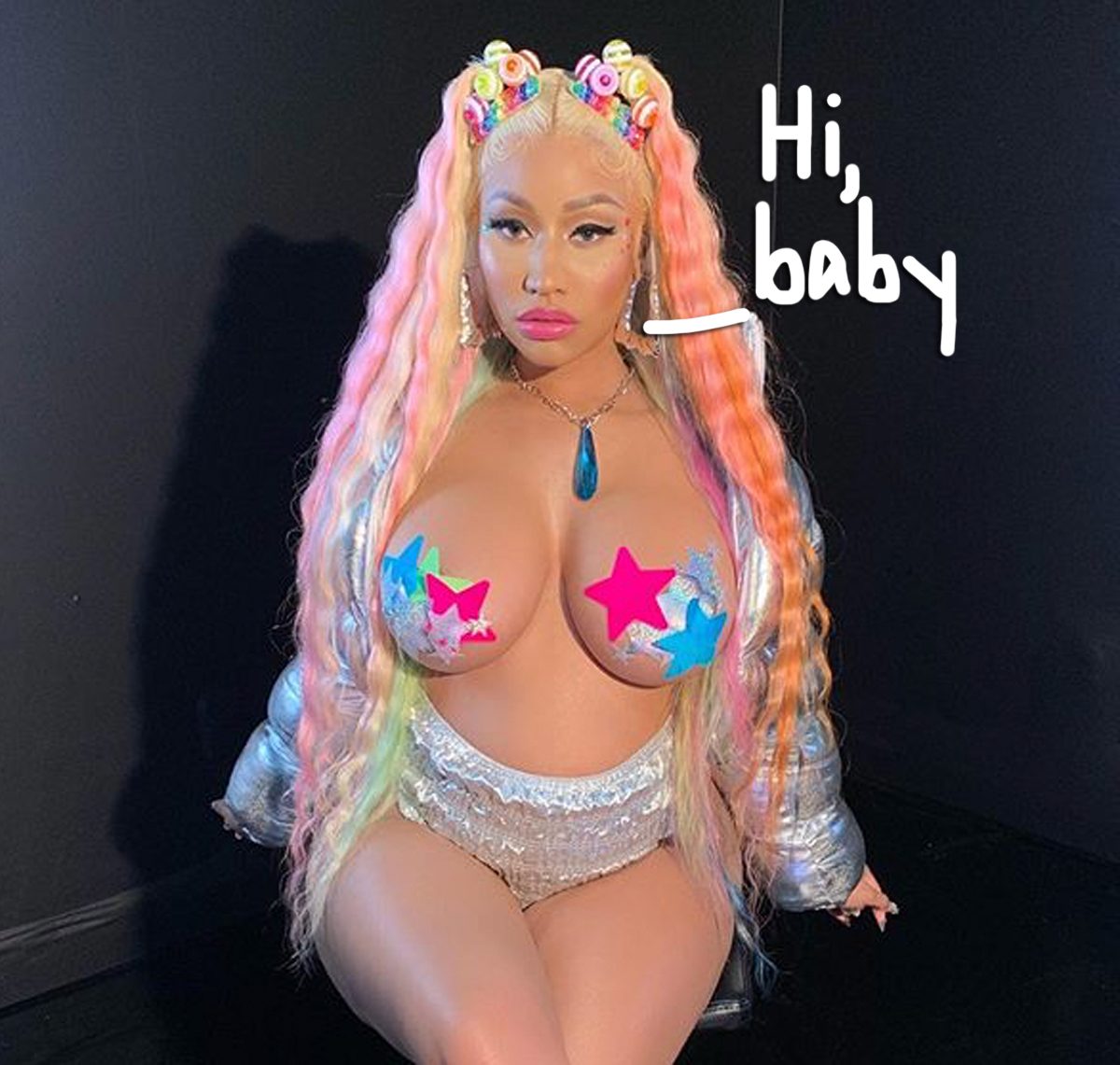 According to a new People report, the Anaconda rapper gave birth on Wednesday, September 30 in Los Angeles! The outlet’s source has confirmed the birth — though details like the newborn’s name or gender has not yet been revealed.

This is the first child for the superstar and her sex offender husband Kenneth Petty, who fought the court for the privilege to be present in the delivery room with his baby momma amid legal drama.

As fans know, the 37-year-old announced her pregnancy with a series of belly-baring photos on Instagram back in June, months after she first sparked speculation by sharing a video of Petty rubbing her tummy while the two were traveling on an airplane. Nicki let the rumors swirl for weeks, until she posted three pics from her pregnancy photo shoot — complete with the caption:

“Love. Marriage. Baby carriage. Overflowing with excitement & gratitude. Thank you all for the well wishes. ?”

The Super Bass songstress stayed relatively quiet on social media in the weeks since; however, her mother Carol gushed over the Grammy nominee’s blossoming motherhood in a September 16 IG post thanking photographer David LaChapelle for the stunning pregnancy shoot.

“Is it too late to post a #WCW? Thank you @david_lachapelle for capturing my heart on the outside. Onika has always been so nurturing  caring, loving, bold, beautiful, God-fearing and selfless… motherhood already looks beautiful on you!”

Meanwhile, Mr. Petty spent a good deal of Nicki’s pregnancy making sure his criminal history didn’t cause him to miss out on the big delivery.

As we covered, the 42-year-old sex offender submitted legal docs begging the judge in his pending criminal case to modify the terms of his pretrial release conditions so he can be by his wife’s side should she go into labor at any given time.

Kenneth — whose sex offender status stems from a 1995 New York conviction for first-degree attempted rape — was still legally grounded, so to speak, for failing to register as a sex offender in California when he moved to the state with Nicki; he’s since registered, but still had a curfew and his travel had been restricted to the Golden State.

In July, however, a judge granted Petty’s request, ordering that he will remain on “location monitoring” but will not have “residential restrictions,” which means he can technically travel with Nicki, too.

It’s so great to hear the family was together for this special moment. Welcome to the world, Baby Barb!