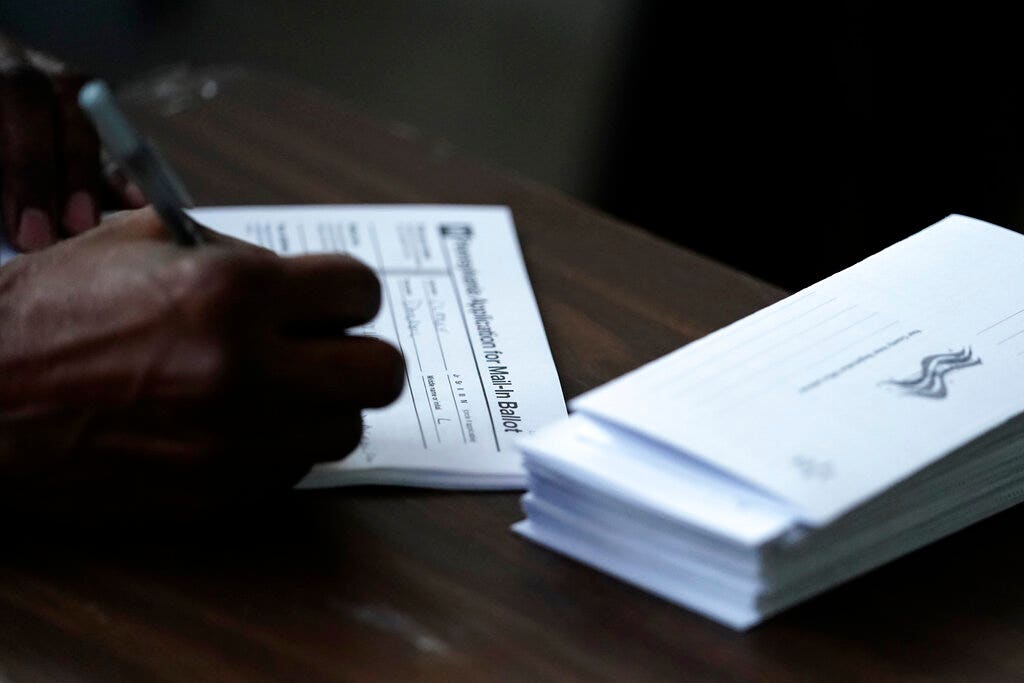 Pennsylvania election officials are seeking to assure residents that the mail-in voting process in the state is secure, despite concerns over the practice being raised by President Trump and some technical difficulties that arose earlier this week.

Pennsylvania Secretary of State Kathy Boockvar, a Democrat, sent out a press release on Thursday in the hope of educating voters about the mail-in ballot process and urging residents to apply as soon as possible for their ballots.

“Mail-in or absentee voting offers eligible voters a secure, convenient, accessible and, during the COVID-19 pandemic, an especially safe option of voting in the privacy of their own homes,” Boockvar said. “But it’s important that voters follow all the steps necessary so their mail-in ballot will be counted.”

Boockvar added that Pennsylvanians now have more voting options “that are more secure, accessible and convenient” than ever before.

Pennsylvania has emerged as a key swing state once again in the November election and assurances from the Democratic official come after the integrity of the election process in Philadelphia was called into question by the Trump 2020 campaign.

This week, the campaign threatened to take legal action after it claimed poll watchers were unlawfully banned from satellite election offices in Philadelphia, where several early voting centers opened on Tuesday.

A spokesperson for the campaign said in an emailed statement to Fox News that Philadelphia election officials were “intentionally avoiding accountability and hiding their voting system.”

During the first presidential debate on Tuesday night, President Trump specifically mentioned voting issues in Philadelphia, which he called a “big problem.”

However, city officials have claimed that the law does not afford political parties to have poll watchers at early voting centers.

Philadelphia’s early voting process was fraught with technical difficulties as satellite election offices opened this week. Some voters waited in line for hours as delays were said to be caused by problems with the voter database, which prevented the processing and approval of mail-in ballot applications, and the printing of other materials.

Democrats and Republicans in the state are also battling in court over whether to extend the mail-in ballot counting window past Election Day.