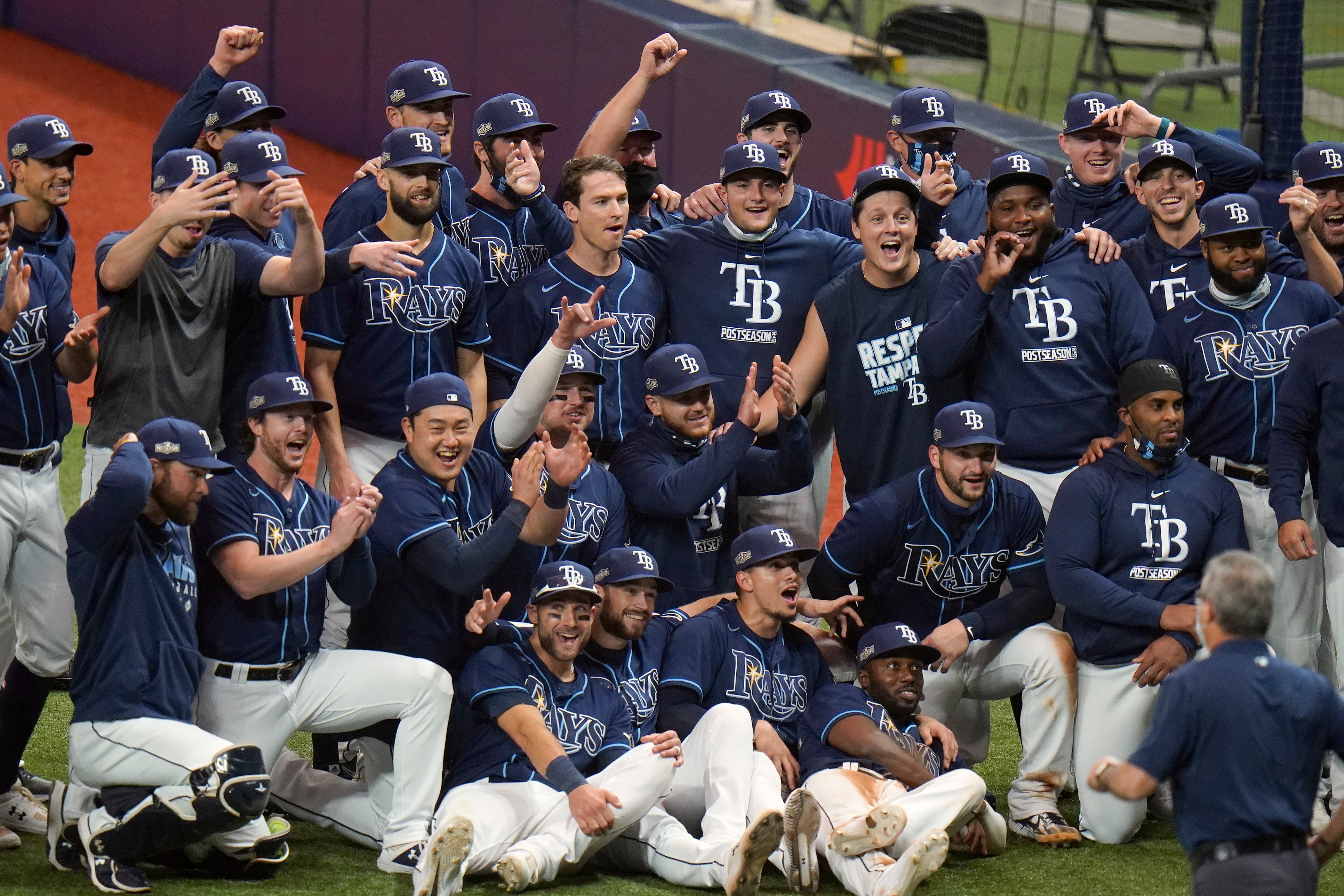 Hunter Renfroe hit a grand slam and the top-seeded Tampa Bay Rays won a postseason series for the first time in 12 years, overpowering the young Toronto Blue Jays 8-2 Wednesday to finish a two-game sweep of their AL wild-card matchup.

Renfroe launched the first playoff grand slam in franchise history during a six-run second inning. Tyler Glasnow kept Tampa Bay ahead from there, allowing two runs — on a pair of homers by Danny Jansen — in six innings.

The next round starts Monday at Petco Park in San Diego. Renfroe is plenty familiar with the stadium — he hit 85 home runs in the previous three years for the Padres before being traded to the Rays last December.

The Rays celebrated with some hugs and handshakes after the final out.

Glasnow, who walked one and struck out eight before a small gathering of family and friends who were allowed to attend the series at Tropicana Field.

Ryu was rocked for a season-high seven runs in 1 2/3 innings, the lefty’s shortest outing of the season for the wild-card Blue Jays.

The Rays, who won Game 1 with a nice mix of pitching, defense and timely hitting, had dropped five consecutive multigame postseason series dating to the 2008 World Series.

A year ago, they beat Oakland in the AL wild-card game before losing to Houston in the division round — a five-game setback that nevertheless heightened team expectations heading into this season.

Ryu signed with the Blue Jays in free agency last winter after being an All-Star with the Los Angeles Dodgers and finishing second in NL Cy Young Award balloting in 2019.

The 33-year-old lefty had the AL’s fourth-best ERA this season. And, his career mark of .295 is third-best behind Clayton Kershaw (2.43) and Jacob deGrom (2.61) among active pitchers with at least 700 innings pitched.

The Rays began the first inning with three straight hits and scored their first run on Manuel Margot’s one-out single. Ryu escaped a bases-loaded jam by striking out Willy Adames, however his outing got worse the next inning.

After Zunino’s homer made it 3-0, Tampa Bay loaded the bases again on a double, walk and shortstop Bo Bichette’s second error of the day.

Renfroe, obtained from San Diego in an offseason trade that sent Tommy Pham to the Padres, hit his grand slam into the left field seats to extend the lead to 7-0.

Toronto’s first playoff appearance since 2016 was brief, but 2B Joe Panik said the Blue Jays have a lot to be proud of after earning a berth while having to play home games in a Triple-A ballpark in Buffalo, New York, after being denied permission to host games in Toronto due to the coronavirus pandemic.

“I know maybe some people outside the clubhouse might see it as World Series or bust, but the fact that this group was kind of able to band together in a short period of time with what sort of things we have to deal with is something very special, and something that I will never forget,” Panik said. “There’s nothing that compares to winning the World Series, but I will say this season has been very special.”

Rays pitcher Charlie Morton takes exception to anyone who believes baseball was lucky to start and be able to finish the entire 60-game truncated schedule without a complete shutdown due to the coronavirus pandemic.

“The effort that has been undertaken by all of the staff, the players, doing a heck of a job day in and day out trying to do the right thing and it all boiled down to luck. That’s kind of disappointing to hear that,” the 36-year-old right-hander said. “The guys here have been awesome, great attitude about it.”

Blue Jays: 1B Rowdy Tellez, who had a pinch-hit single in Game 1 Tuesday, remained out of the starting lineup. He was placed on the 10-day IL on Sept. 9 with a right knee sprain and missed the rest of the regular season.

The Rays will play in the AL division round for the sixth time in franchise history, with all of the appearances coming since 2008.