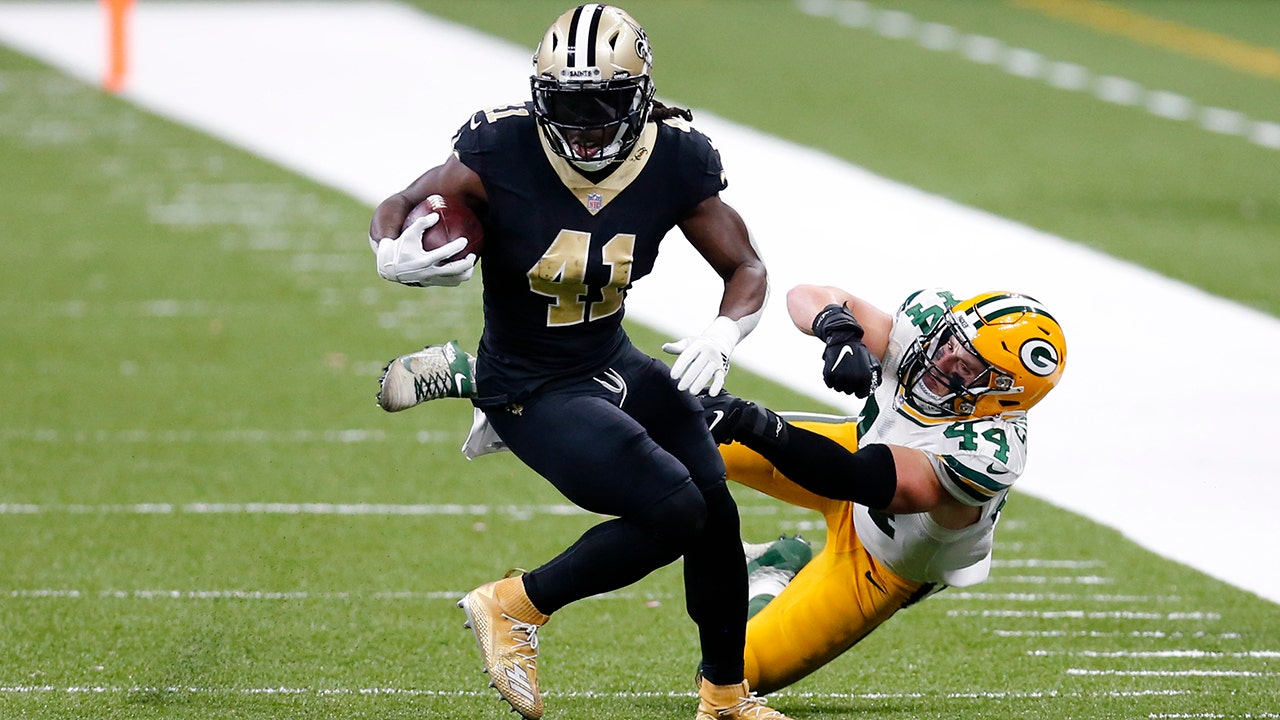 Alvin Kamara is still showing off that million-dollar smile even after the New Orleans Saints’ Week 3 loss to the Green Bay Packers and that’s because he’s shutting out the noise surrounding quarterback Drew Brees.

The Saints have had a disappointing start to the season with a 1-2 record that has many questioning if Brees, 41, has any gas left in the tank. But Kamara told reporters Wednesday that he has total confidence in his quarterback.

BEN ROETHLISBERGER ON POSTPONED GAME: ‘YOU HAVE TO DO THOSE THINGS IF YOU WANT TO PLAY THE GAMES ON SUNDAYS’

“I’m fine with Drew. It’s early in the season,” he said, according to Saints Wire. “Everybody outside of this building has something to say and quite honestly, I don’t really give a damn. Drew has proven to be one of the best, if not the best quarterback, year in and year out and I’m expecting the same thing this year, no matter what, what’s going on.”

The chemistry between Brees and his running back was evident in the Saints 37-30 loss to the Packers.

Kamara built on a sensational start to the season, gaining 197 yards from scrimmage and scoring twice on short passes from Brees, with shifty, tackle-slipping runs after the catch.

His scoring plays included a 52-yarder in which he took a pass near the line of scrimmage and broke four tackles, including one that forced him to balance along the sideline before he cut back inside for the final yards to tie the game at 27.

“It’s nice when you’ve got a weapon like that, that you just get the ball in his hands in space and he’s tough to tackle,” Brees said after the game. “It’s like a human highlight reel.”

Brees will have the chance to quiet the naysayers when they take on the Detroit Lions (1-2) Sunday at 1 p.m. ET.