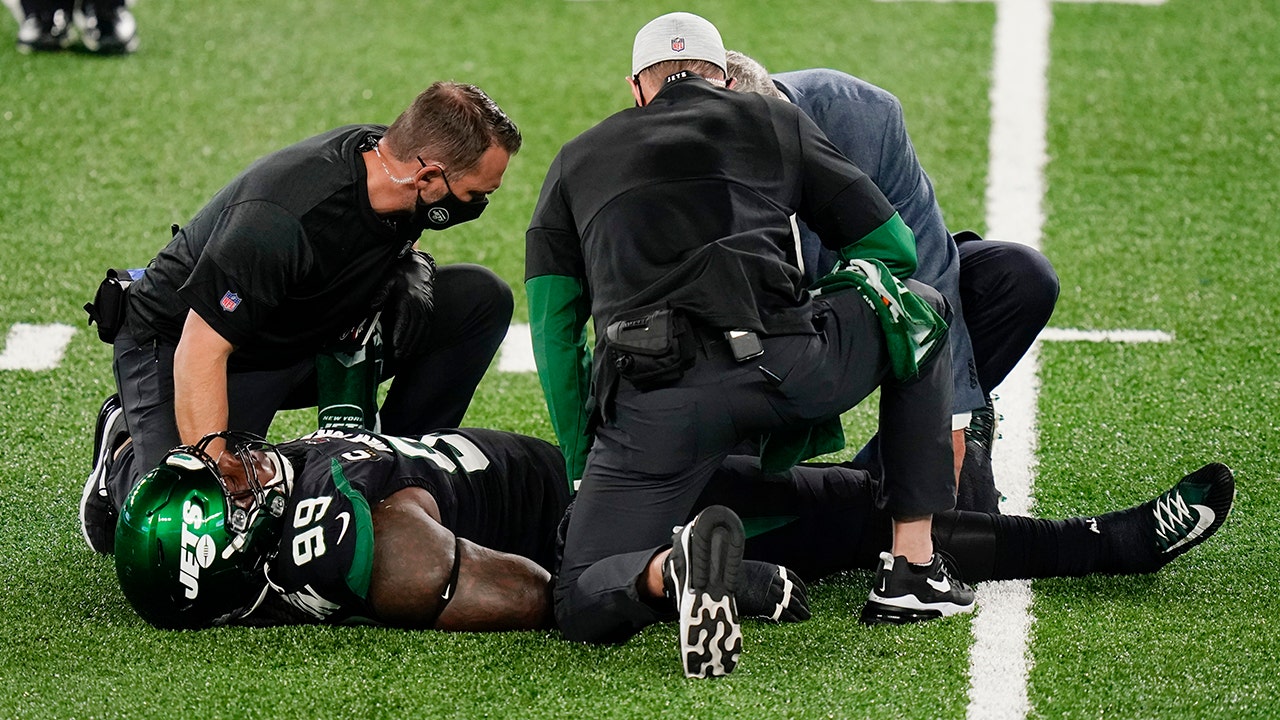 San Francisco 49ers running back Raheem Mostert appeared to be upset over the rash of injuries that were occurring at MetLife Stadium on Thursday night during the New York Jets and Denver Broncos’ game.

The turf at MetLife Stadium has been called into question since the 49ers took on the Jets in the second week of the season. In that game, Mostert was among the several 49ers and Jets players who left early because of injuries.

49ERS’ TRENT WILLIAMS CONCERNED ABOUT TURF AT METLIFE STADIUM AHEAD OF MATCHUP VS. GIANTS

San Francisco defensive linemen Nick Bosa and Solomon Thomas both tore their ACLs while Mostert left the game with an MCL sprain.

As multiple Jets and Broncos players went down with injuries on Thursday, Mostert fired off a tweet criticizing the field at MetLife Stadium and called the NFL to shut the field down.

“ANOTHER injury at MetLife? Shocker. The turf is horrible!! Shut that field down, @nfl.”

49ers players expressed their concern before last week’s game against the New York Giants, which was also played at MetLife Stadium.

“I’d be lying to tell you we’re not going to be thinking about it or it’s not going to go across our minds,” Williams said last week, according to NBC Sports Bay Area. “But when you’ve got 300-pound linemen in front of you that’s trying to put you on your back, I think the surface falls on the back burner.”

The NFL cleared the field in both instances. The Niners won both games.