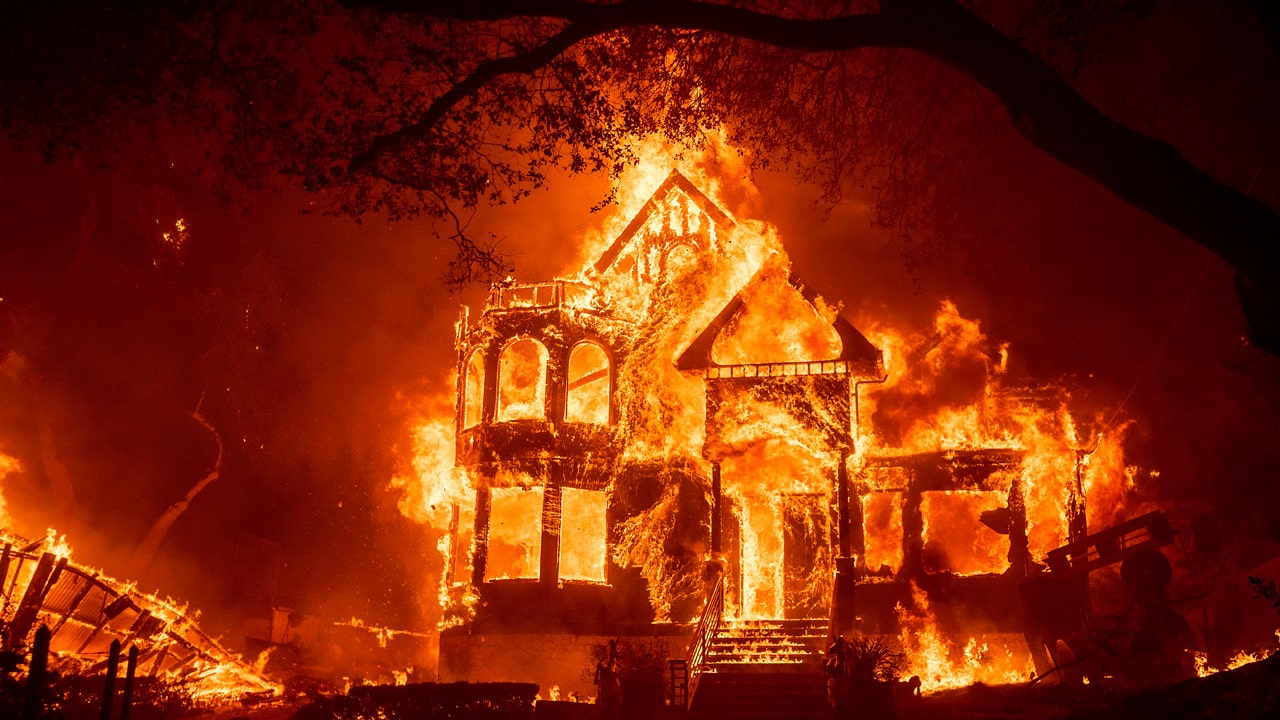 SAN FRANCISCO — California is poised to hit a fearsome milestone: 4 million acres (1.6 million hectares) burned this year by wildfires that have killed 30 people and incinerated hundreds of homes in what is already the worst fire season on record.

Flames have scorched an area larger than Connecticut and fire crews at a blaze in the wine country north of San Francisco were on high alert as forecasters warned of red flag conditions of extreme fire danger into Saturday morning.

Winds up to 30 mph (48 kph) were forecast to push through the hills of Napa and Sonoma counties as the Glass Fire, which exploded in size earlier in the week, continued to threaten more than 28,000 homes and other buildings.

“It’s a time of nervousness,” said Paul Gullixon, a spokesman for Sonoma County.

Winds were blowing at higher elevations on the western side of the fire and crews expected a long battle to keep flames from jumping containment lines and prevent spot fires from leaping ahead to spark new blazes.

“It’s going to be a big firefight for us over the next 36 hours,” said Billy See, an assistant chief with the California Department of Forestry and Fire Protection, or Cal Fire.

More crews and equipment were deployed in and around Calistoga, a town of 5,000 people known for hot springs, mud baths and wineries in the hills of Napa County about 70 miles (110 kilometers) north of San Francisco.

The area was also experiencing high temperatures and thick smoke that fouled the air throughout the San Francisco Bay Area.

Gov. Gavin Newsom toured fire-ravaged Napa County on Thursday and said the state was putting “all we have in terms of resources” into firefighting, particularly over the 36 hours of the windy period.

“I’ve got four young kids in elementary school and I can’t imagine for the children and parents, the families, that may be seeing these images, what’s going through your minds,” said Newsom, standing in front of a burned-out elementary school building.

“We’re in it for the long haul. We’re not just here for a moment. We’re here to rebuild and to reimagine your school,” he said, adding: “We have your backs.”

The Glass Fire is the fourth major blaze in the region in three years and comes ahead of the third anniversary of an Oct. 8, 2017, wildfire that killed 22 people.

Newsom said people there have been “torn asunder by wildfires seemingly every single year, this drumbeat, where people are exhausted, concerned, anxious about their fate and their future.”

Around the state, 17,000 firefighters were battling nearly two dozen major blazes. Virtually all the damage has been done since mid-August, when five of the six largest fires in state history erupted. Lightning strikes caused some of the most devastating blazes.

Numerous studies have linked bigger wildfires in America to climate change from the burning of coal, oil and gas. Scientists say climate change has made California much drier, meaning trees and other plants are more flammable.

Cal Fire Deputy Chief Jonathan Cox said wildfires have scorched 3.9 million acres in California since Aug. 15. That figure, which works out to more than 6,000 square miles (15,500 square kilometers), is astonishing even in a state that has had its fair share of fires.

“It’s likely that over the next day or two we will crest the 4-million-acre mark. The biggest year before this year was 1.54 million,” Cal Fire Chief Thom Porter said. “We are dwarfing that previous record and we have a lot of season left to go.”

Fire officials said the Glass Fire was their first priority. Since erupting last Sunday, the fire has destroyed nearly 600 buildings, including 220 homes and nearly the same number of commercial structures.

About 80,000 people were under evacuation orders, which were expanded on Thursday.

Fire and public safety officials warned that more evacuations are possible. They asked people to remain vigilant, stay out of evacuation zones and quit demanding that officers let them back into off-limits neighborhoods.

About 150 miles (240 kilometers) to the north of wine country, the Zogg Fire, which also erupted during Sunday’s high winds and grew quickly, has killed four people.

The Shasta County sheriff’s office released two of their names Thursday: Karin King, 79, who was found on the road where the fire started, and Kenneth Vossen, 52, who suffered serious burns and later died in a hospital. Both were from the small town of Igo.

The fire had destroyed 153 buildings, about half of them homes. It was 39% contained.

The weekend was expected to usher in some cooling — or less intense heat — and long-range forecast models hinted at the possibility of rain.

Hurricane Marie, spinning in the Pacific southwest of Baja California, was expected to weaken by the middle of next week but leftover tropical moisture may be pulled northward and bring “impressive rainfall” to Northern California, forecasters said.

“Obviously a forecast at over 180+ hours out will change a lot, but confidence is increasing for at least some wet weather late next week,” the National Weather Service’s San Francisco Bay Area office said.