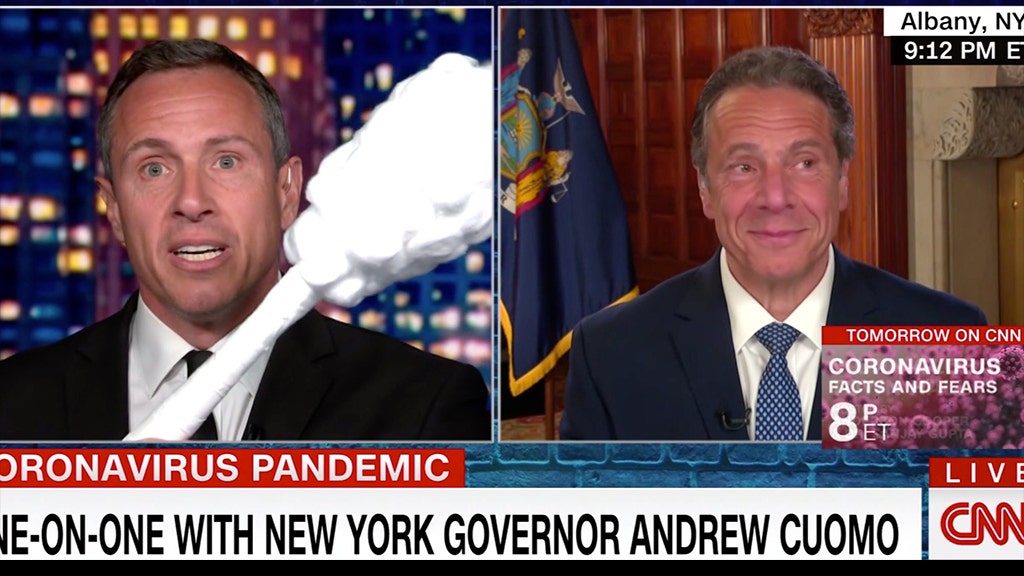 Cuomo has faced intense scrutiny over an order he made back in late March that forced nursing homes to accept patients who tested positive for coronavirus, despite testing deficiencies for both residents and staff. Cuomo signed an executive order on May 11 reversing the policy, stopping hospitals from sending infected patients back to nursing homes and ramping up testing for staff.

During that period, roughly 6,326 coronavirus patients were admitted in New York nursing homes, according to the state’s own health department. Reports have shown that anywhere between 6,400-6,700 nursing home residents have died, but The Associated Press suggested in August that due to underreporting, the actual death toll could be higher than 11,000.

Cuomo raised eyebrows on Wednesday after he pushed back against the notion that COVID-related deaths in nursing homes were due to his policy.

Apparently, that statement was egregious enough for CNN to fact-check.

“Cuomo’s assertion that ‘it never happened’ is false,” the fact-check read.”According to a report from the New York State Department of Health, ‘6,326 COVID-positive residents were admitted to [nursing home] facilities’ following Cuomo’s mandate that nursing homes accept the readmission of Covid-positive patients from hospitals. Whether or not this was ‘needed,’ it did in fact happen.”

That fact-check was shared by one of CNN’s most prominent anchors Jake Tapper, who was one of the only voices at the network who was previously critical of Cuomo’s response to the coronavirus outbreak.

“I’ll believe CNN is serious about journalism and not fomenting hate towards those they disagree with when they cover it on-air with Daniel Dale,” Houck told Fox News, referring to the network’s star on-air fact-checker who restlessly focuses on President Trump, later adding, “Don’t delegate it and then bury it on their website.”

“CNN fact-check that will not be shared during the 9:00 pm news program on the network,” Concha tweeted, alluding to “Cuomo Prime Time,” which is hosted by the governor’s brother Chris Cuomo.

This rare fact-check comes one day after Chris Cuomo had an ugly spat on his show with Sen. Ted Cruz, R-Texas, who called out his brother’s nursing home policy and the network’s double standard when it comes to holding only GOP leaders accountable versus Democratic leaders.

“Let me say something,” Cruz interjected. “There is something disgusting that Democrats are doing, that Joe Biden does, and that you do, which is you try to blame the people who’ve lost their lives on your political enemies. And that’s just not right… It’s not right at all and it’s particularly not right, Chris, when your brother has presided over the state with the highest death rate in the country.”

“New York’s record will stand for itself,” Cuomo defended his brother.

“We could have a very reasonable policy discussion about the policy mistakes in New York, New Jersey of sending COVID-positive patients into nursing homes and I think that was a very serious policy mistake,” Cruz later said.

“Mhm, because that didn’t happen all over the country, right?” Cuomo dismissed the comment.

“My brother was the first one to say that there was a learning curve and that mistakes were made and they changed things as soon as they could,” Cuomo further backed his politician sibling.

In addition to CNN’s positive coverage of the governor during the early months of the pandemic, Chris Cuomo had long been criticized for his series of interviews he held with his brother, chatting with him nearly a dozen times before even mentioning the nursing home controversy.

The CNN anchor even performed prop comedy with Gov. Cuomo during one of their interviews back in May before addressing the growing scandal with a softball question to his brother in late June.