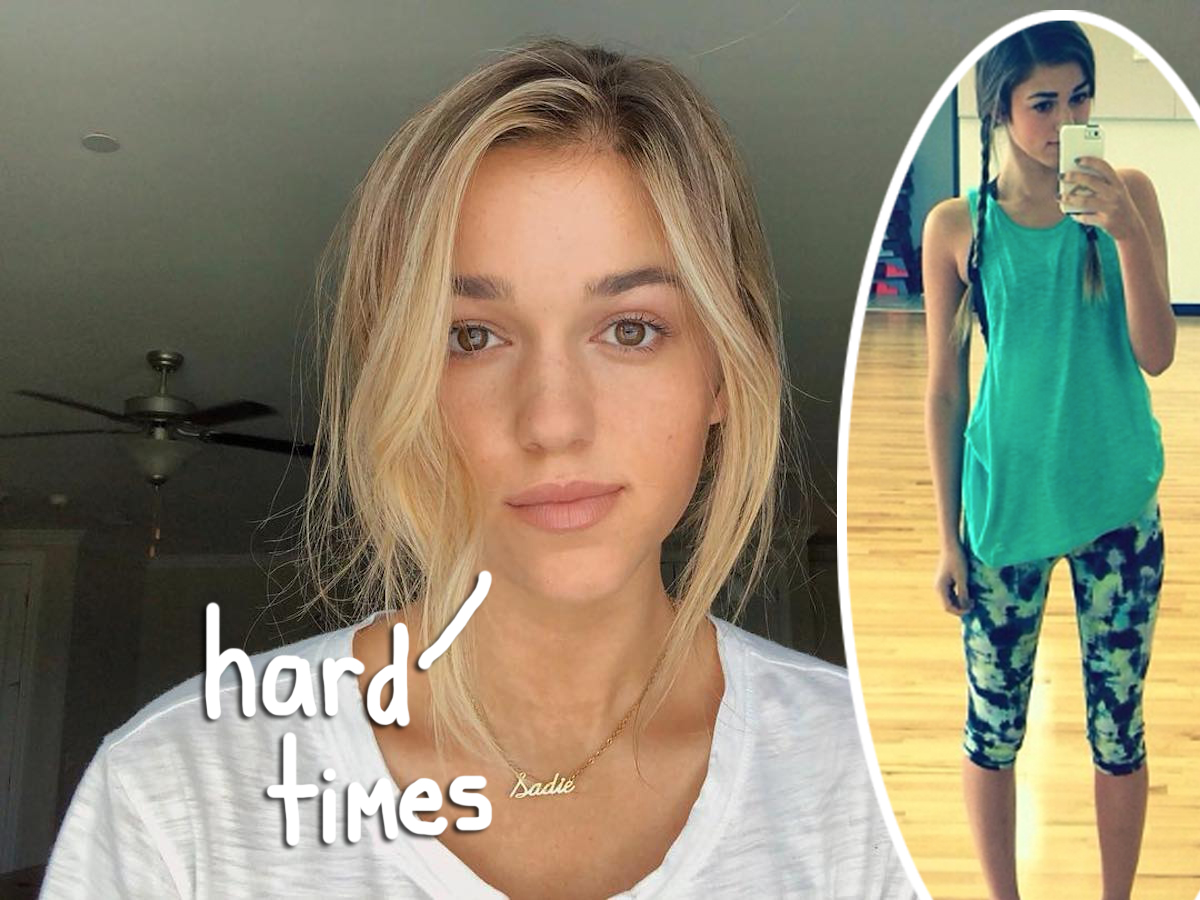 As a contestant on season 19 of Dancing With The Stars, we saw Sadie Robertson of Duck Dynasty fame smiling ear to ear as she danced each week with pro partner Mark Ballas, but now we know there was something more serious going on behind the scenes.

After taking second place on the show, the then-17-year-old felt pressured to keep her figure intact, especially when she had family, friends, and social media users making comments about her post-show body. Unfortunately, it ultimately led to an eating disorder.

Related: Phil Robertson Reveals He Has A 45-Year-Old Daughter From Past Affair

In a new episode of Unfiltered for ET, the now-23-year-old explained:

“During Dancing With the Stars, you work out so much and you’re dancing 24/7, so no wonder you have the body of your lifetime! I had this body that I never thought I’d have. I had a six-pack for two weeks, but then Thanksgiving hit and it went away. People started to comment.”

Definitely not okay at any age, but she was just a teenager at the time!!

“They were such innocent comments at first, like, everything was great. But whenever my body started looking a little different, that’s when the struggle came in. There were people in my life, who were just really negative influences, that would say things that were not uplifting about the way that I looked and how I needed to maintain the body that I had. It was so wrong. I was insecure at the time, so I believed them and thought, ‘Oh, I need to push it.’”

Around the same time, Sadie began expanding her work into other areas, such as modeling, which didn’t help her existing struggles with body image:

“People would say things like, ‘Oh, if you lost 10 more pounds, you would look like a real model.’ I was literally 115 pounds and already unhealthy. That just messed my mind up.”

Robertson, now married to Christian Huff, recalled that it wasn’t long before she developed “a really unhealthy view,” noting that “an eating disorder is different in a lot of different ways.”

“You can’t stop thinking about your body, how you look, how you should eat. You’re counting the calories, you’re sizing up your legs and all those different things. You’re just kind of completely gripped by it and that’s kind of where I was. I would look at myself in the mirror and I would think, ‘I’m fat,’ and I was not at all.”

The A&E star revealed that her faith in God helped her get through these hard times and helped her learn how to love herself again, from the inside out:

“You don’t realize [at the time] that the things you’re struggling with, you think it’s just about you, but actually it affects a lot of other people around you. I pretty much just took the word as it was from the Bible. It talks about how you’re beautifully and wonderfully created.”

She soon realized she could “serve” others “with the body I’ve been given,” which was also a helpful tool in her recovery:

“I started praising God and thanking him for the way that I looked, instead of looking in the mirror and saying, ‘Ugh, I wish my arms were thinner, I wish my legs were more toned, I wish I had her eyebrows’ … whatever it was that I would tell myself. Instead I would tell myself, ‘I am so thankful that I have this. I’m so thankful that my legs actually serve the purpose that they should and that they’re able to run, that my arms are able to carry things. That my stomach one day, hopefully, will be able to carry a baby.’ Just what we’re actually designed and created for.”

Watch more from Sadie (below):