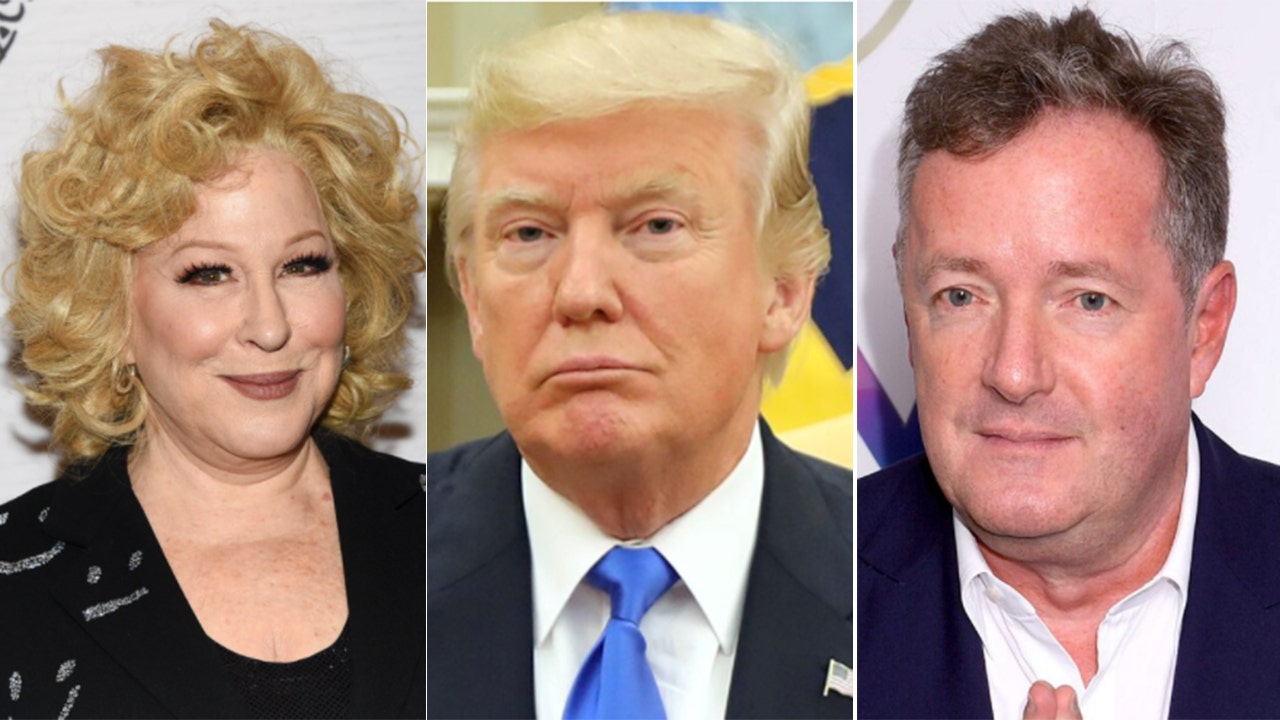 Hollywood stars immediately turned to their social media accounts early Friday with reactions to President Trump‘s announcement that both he and first lady Melania Trump have tested positive for coronavirus.

Trump tweeted early Friday with the news, noting that he and his wife will quarantine at the White House.

A White House source told Fox News shortly after the president’s tweet that he and the first lady are “fine.” Melania Trump confirmed the two are “feeling good” in her own tweet.

“As too many Americans have done this year, @potus & I are quarantining at home after testing positive for COVID-19. We are feeling good & I have postponed all upcoming engagements. Please be sure you are staying safe & we will all get through this together,” the FLOTUS wrote.

Celebrities from both the far left and right offered mixed reactions to the news, with some of Trump’s most vocal critics declaring they didn’t wish the novel coronavirus on their worst enemies, while others took the opportunity to call out the president for spewing “lies” about the seriousness of COVID-19 since it first surged in March. Some even called Trump’s positive test “karma.”

“Frozen” actor Josh Gad reacted to the news by writing on Twitter that Trump’s statement “pretty much mirrors every other night of 2020” in that it’s a “strange and surreal” time.

“Bottom line: wear masks, get tested, stay six feet apart and remember that this virus can effect every one of us from the most powerful to the least. The one thing we have right now is science,” Gad wrote.

“Just learned that Hope Hicks tested positive for Covid. Timing’s so interesting. I guess Trump’s quarantining will mean no rallies, and no more debates. Convenient. It’s awful to always think the worst, but after four years of relentless lying? Can’t be helped. No trust left,” tweeted Bette Midler before the news that the Trumps had also tested positive.

Director Rob Reiner, who is no stranger to voicing his distaste for Trump online, took a jab at the president’s downplaying of the novel coronavirus. “That damn hoax,” he wrote.

“Stranger Things” actress Shannon Purser said in a series of tweets: “The fact that two most protected people in our country got COVID… like, they had every opportunity and resource needed to not get sick but science denial is a trip!”

Comedian Whitney Cummings joked, “I don’t get how Melania got it – she’s been social distancing from trump since they got married.”

“But it’s a Democratic Hoax? How could this have happened?! And WHY did you get tested?! That’s what causes it!” Brown said.

Patricia Arquette suggested the Trumps will “have access to every medical support and intervention imaginable.”

“I just hope I don’t have to hear later ‘it’s just a bad flu,'” Arquette added.

Todrick Hall joked that the year 2020 is “that b—h a– gift that keeps on giving! Trump got on tv mask shaming Biden and defending his ‘covid jokes’ and now Trump and Melania have covid! You can’t make this stuff up.”

Hall then reminded his followers of Trump’s comments made at Monday’s first presidential debate.

Filmmaker Ava DuVernay said she hopes the news serves as a wake-up call.

“I hope this changes the discourse around this virus among the people who follow him and don’t give a damn. And in turn, who damn the rest of us. People have lost their lives. Their loved ones. And this man has never taken it seriously. Never shown care, concern. Maybe now. Maybe,” DuVernay said.

Billy Baldwin responded to the president with a quote, writing, “It is what it is.”

“Star Wars” actor Mark Hamill agreed. He said: “If anything positive can come him testing positive, it would be his followers reevaluating their opinions. If they will now accept a lockdown, social distancing & mandatory mask-wearing, we could crush the virus like we should have from the start. #ButIAlsoBelieveInTheToothFairy”

“Bleach it out,” Rappaport said in one tweet, reminding his followers of the media firestorm the president ignited earlier this year when he indirectly suggested that household disinfectants, like bleach, could be used as a treatment for the novel coronavirus. Trump later insisted he was being “sarcastic.”

Rappaport also responded directly to Melania Trump’s tweet. “Should we wear masks or Nah,” he replied.

Meanwhile, one of Trump’s most vocal celebrity critics, actress Alyssa Milano, weighed in with sympathy. The star opened up over the summer about battling COVID-19 herself.

“As someone who has had #COVID19 and still suffers from post-covid syndrome, I can honestly say with all that I am that I wouldn’t wish this virus on my worst enemy. Please wear a mask,” Milano tweeted.

“As many problems as I have with Trump I hope he didn’t catch Covid,” Arquette said.

“Trump and melania both have #COVID19 I don’t want ANYONE to get sick. Y’all, he has better healthcare than ANYONE in the USA. Please be careful. PLEASE WEAR A MASK! #TrumpHasCovid please take this as a wake up call and wear a mask. I pray for ANYONE that has this awful disease,” Perrette said, which was retweeted by Debra Messing.

Perrette added: “My fellow people of deep faith… I KNOW how hard it is to pray for your enemies, but that is EXACTLY what we are called to do.”

Soon after the news broke that the FLOTUS and POTUS were awaiting test results after his adviser Hope Hicks’ positive diagnosis, comedian and actor Billy Eichner tweeted, “I need to know if he has it. I need to know.” After Trump’s announcement, Eichner reacted, “OH. MY. GOD.”

“He went to a fundraiser with his own supporters without a mask knowing he was exposed. I can’t get over it,” Eichner continued.

Famed Trump impersonater Sarah Cooper joked that Trump likely will not release proof of his results.

“Breaking: Trump says he cannot release the results of his Covid test because they are under audit,” Cooper wrote on Twitter.

Actor Cary Elwes said: “How fake is it now?”

“Good Morning Britain” host Piers Morgan said: “Interesting to see those who’ve spent the last few years screaming that Trump’s an uncaring, heartless empathy-devoid b*stard now spewing their gleeful joy that he & his wife have a deadly virus. They’re no better than the man they loathe.”

“You may want to quarantine until after Christmas, sweetheart,” Griffin wrote.

“Covid-19 is a very dangerous, contagious virus. It will not magically just disappear one day. We need a serious national plan to fight it. I can only hope that, now, it can stop being politicized and start being eradicated in America,” actor George Takei said.

CORONAVIRUS: WHAT YOU NEED TO KNOW

“Wishing harm, sickness or death on someone, even a bad person, is petty & small. BUT: it is genuinely & extremely funny that Trump got COVID. It’s objectively funny. He downplayed it & mishandled it & thousands of people died. Now he has it. It’s funny!” Tompkins tweeted.