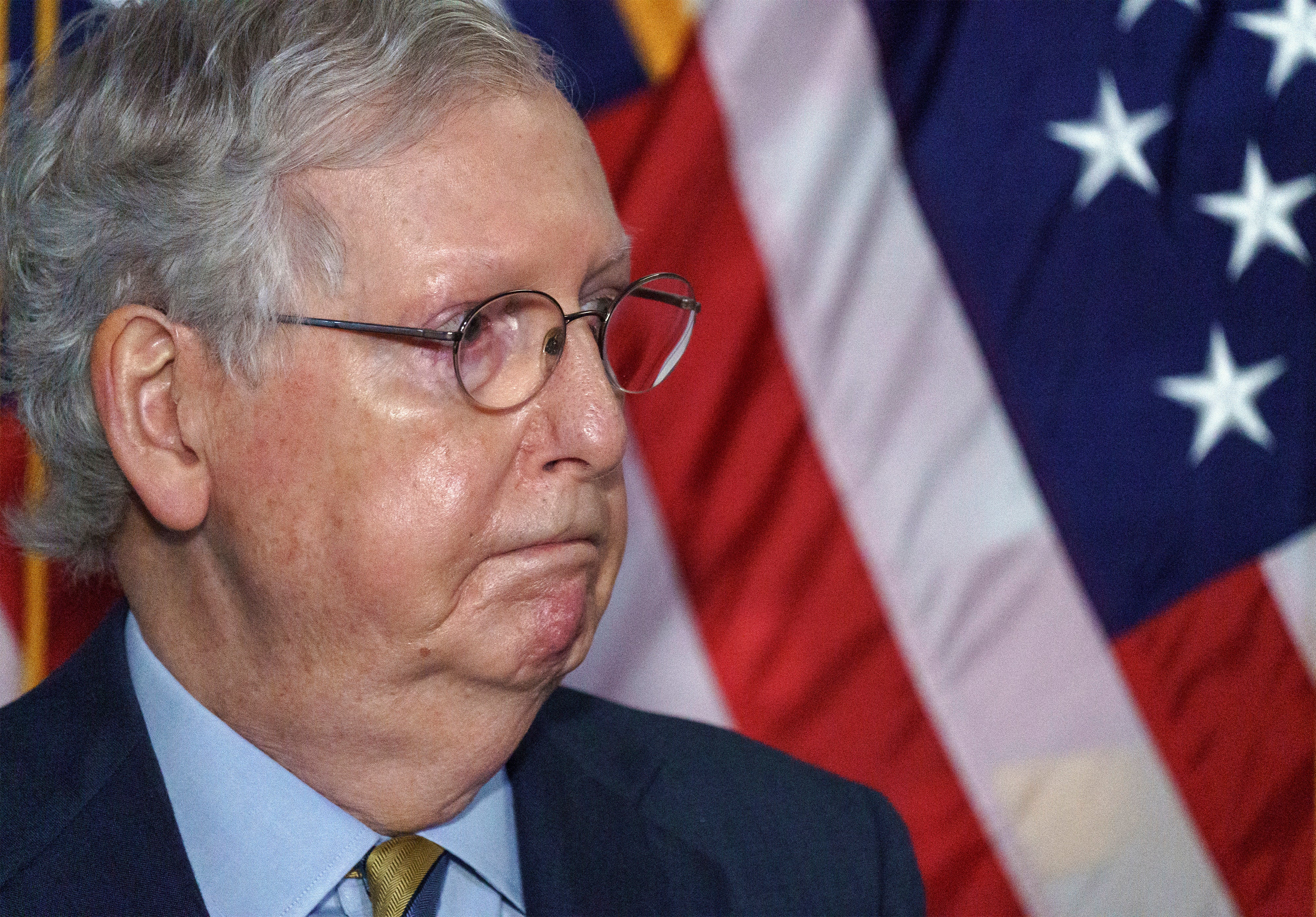 The Supreme Court confirmation for Amy Coney Barrett is moving forward as planned despite revelations of the coronavirus at the White House with President Trump testing positive.

The Senate Judiciary Committee has made no changes to its timeline for Barrett’s confirmation hearing, set to take place on Oct. 12. Senate Majority Leader Mitch McConnell also indicated Friday the schedule stands and Barrett should be confirmed out of the committee by Oct. 22 and then head to a floor vote of the full Senate.

In an interview with the Hugh Hewitt Friday morning, McConnell also said he doesn’t anticipate any event that will derail the process, such as was the case with Justice Brett Kavanaugh, when Christine Blasey Ford stepped forward with sexual assault allegations.

“This is a woman who’s led an extraordinary life. She’s got seven children – two of them adopted – one with special needs,” McConnell told Hewitt. “She’s led an incredibly outstanding life with a wonderful family. We don’t anticipate any kind of unanticipated event that could throw us off schedule.”

Barrett has been in close contact with senators and the White House all week as part of her confirmation process. The White House said Friday she is tested daily and her result Friday came back negative.

She’s met with 32 senators over the past three days on Capitol Hill.

Asked whether any senators have the virus, McConnell said: “Well, we don’t know. But you know, it can sneak up on you as it obviously did with the President and First Lady, ” McConnell said. “So we’re being very careful and keep an eye out on everyone.”

McConnell said the president’s positive coronavirus test underscores the need for social distancing or remote hearings at the Judiciary Committee hearing for Barrett later this month.

“This sort of underscores, I think,  the need to do that,” McConnell said. “And I think every precaution needs to be taken because we don’t anticipate any Democratic support at all, either in committee or in the full Senate and therefore everybody needs to be in an all hands on deck mindset.”