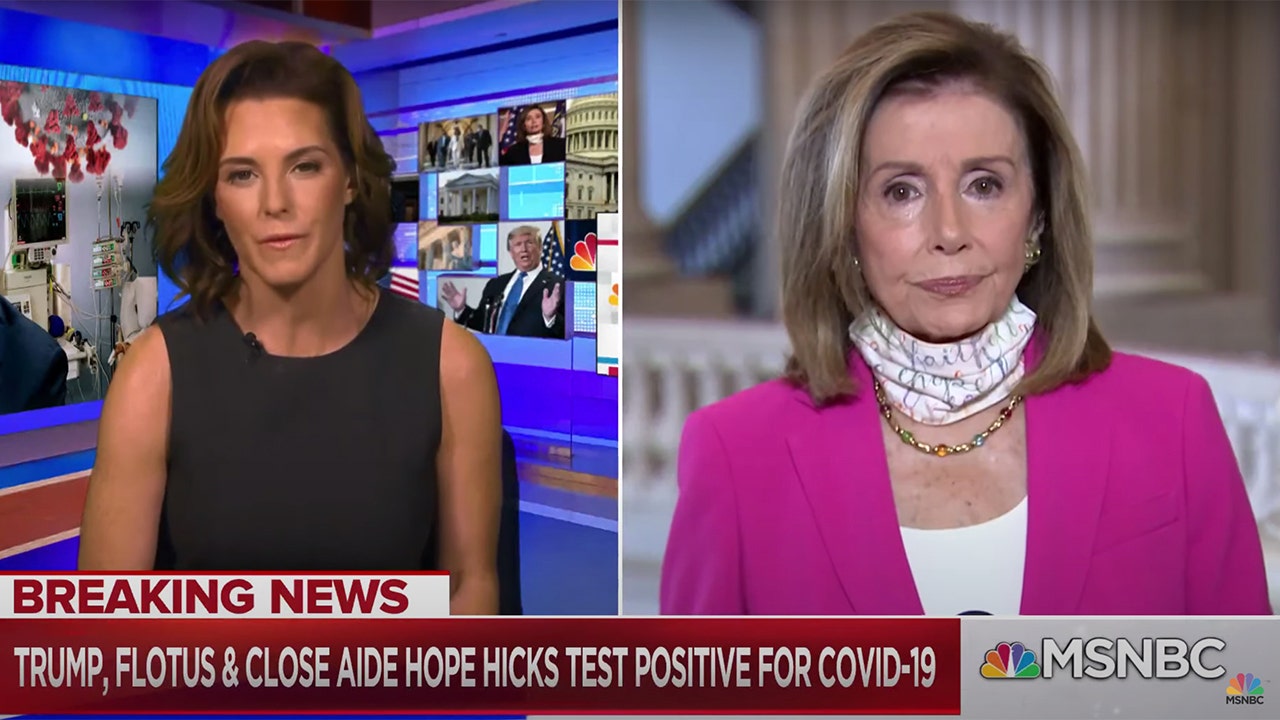 MSNBC anchor Stephanie Ruhle appeared to be thinking several steps ahead Friday after President Trump announced that he and first lady Melania Trump had tested positive for the coronavirus.

A little more than eight hours after Trump tweeted about his test results, the “MSNBC Live” host asked House Speaker Nancy Pelosi, D-Calif. whether the White House had “contacted you about the continuity of government?”

As Speaker of the House, Pelosi follows Vice President Mike Pence in the line of succession if the president dies or becomes incapacitated. The White House announced Friday that Pence had tested negative for COVID-19 earlier in the day.

“No they haven’t,” Pelosi responded to Ruhle. “But that is an ongoing- not with the White House but with the military, quite frankly, in terms of some officials in the government. But let us just all pray for the president’s health and thank God the vice president has tested negatively and the second lady as well.”

Pelosi added that “every infection is a sad one” and expressed the hope that the public will respect the severity of the pandemic by practicing social distancing and wearing masks.

“If he becomes sick, it could raise questions about whether he should remain on the ballot at all,” Times reporters Peter Baker and Maggie Haberman wrote after noting that Trump’s positive test throws “the nation’s leadership into uncertainty.”