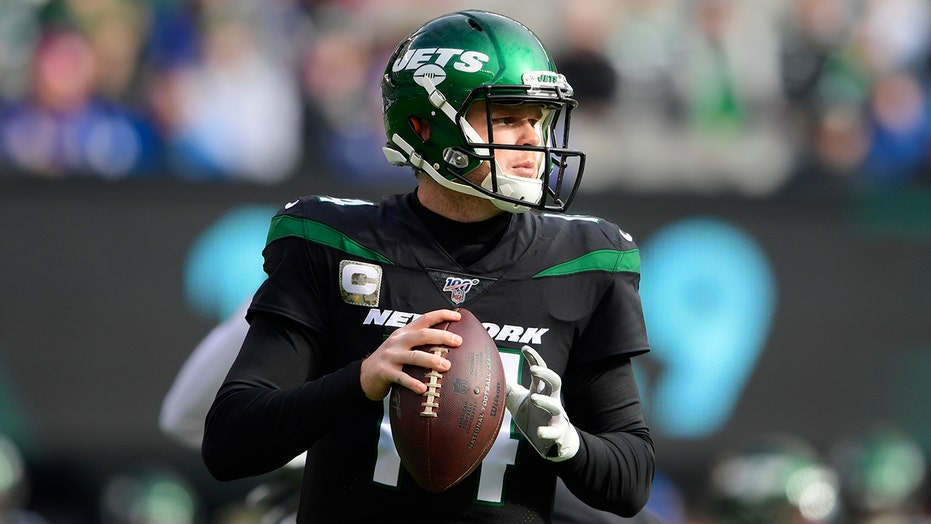 On the New York Jets’ opening drive of their game against the Denver Broncos on Thursday night, quarterback Sam Darnold turned a would-be sack into one of the most impressive touchdown runs of the NFL season.

Darnold dropped back on a 3rd-and-7 play and avoided an incoming rush from Broncos linebacker Alexander Johnson, made a juke move on safety Justin Simmons before turning up his speed to the next level, and ran 46 yards into the endzone for the first touchdown of the night to put the Jets up 7-0 in the first quarter.

STEELERS’ MIKE TOMLIN ON TEAM POTENTIALLY PLAYING 13 STRAIGHT WEEKS: ‘WE DO NOT CARE’

BEARS’ MATT NAGY ON TITANS’ CORONAVIRUS OUTBREAK: ‘IT’S REALLY NOT THAT HARD TO PUT A MASK ON’

“Helluva run by Darnold! The juke move once he got out the pocket was a RB elite move,” James wrote on Twitter.

“Yo that was a crazy run!!” Mahomes wrote as well.

On the Jets’ ensuing drive, Johnson returned the favor by sacking the quarterback, however, Darnold landed on his right shoulder and went into the locker room. It appeared Darnold injured his shoulder. He left the game briefly but returned to the field.