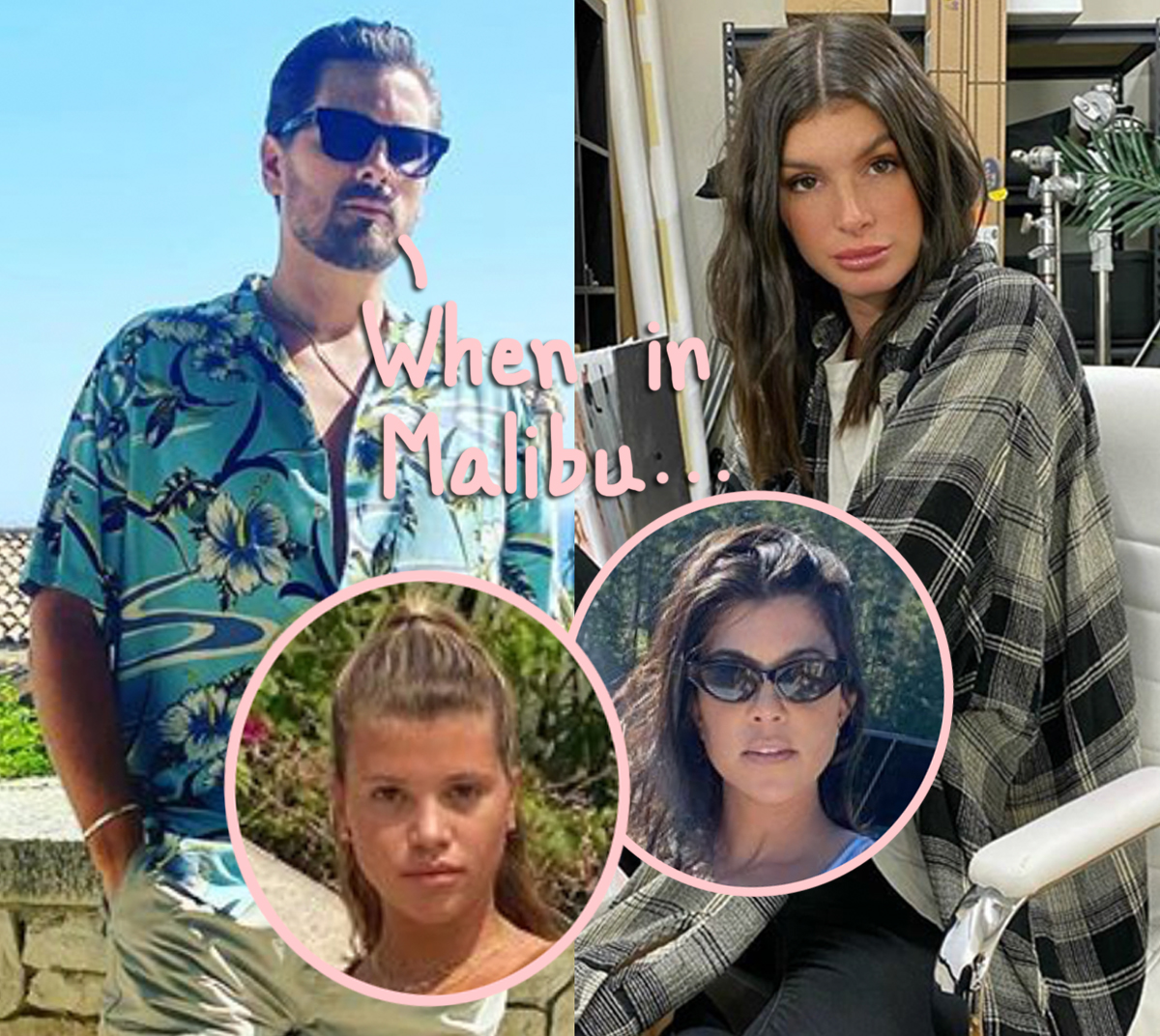 The more things change, the more they stay the same…

Scott Disick was spotted out to dinner on Thursday night at Nobu in Malibu with a famous, very beautiful young woman in his company… and no, we’re not talking about Sofia Richie! But innerestingly enough, the lady in question still does have quite the history with the 37-year-old reality TV star, all the same.

Related: Scott And Sofia Are Done For Good, Right?! Errr, So What’s This About?

According to Us Weekly, which first published the paparazzi pics showing off Thursday night’s outing at the oceanside restaurant, Disick and 24-year-old model Bella Banos spent the evening at the hotspot. And after dinner, they were spotted leaving together in the Keeping Up With The Kardashians star’s Ferrari.

Well, eventually, that is. You see, according to Just Jared, Scott had some car trouble upon leaving the restaurant. In fact, the pair needed to wait around a bit to get the Italian sports car jumped with a portable battery before they could be on their way off into the night. Oops!!!

Awkward car trouble aside, though, this is NOT Disick and Banos’ first rodeo together! Astute KUWTK fans will recall Bella as the woman reportedly linked to Disick after he got caught red-handed with a girl in his Costa Rica hotel room during a KarJenner family vacay to the Central American nation in 2017.

That’s right, we’re talking about re-living that whole situation again! (For the record, she would have been 21 at the time…)

At the time, as you may recall, Banos — who never appeared on KUWTK or pursued it further, at least until now — spoke to InTouch after the hotel reveal about her connection with the Flip It Like Disick star.

To hear her tell it in her own (now three-year-old) words, there definitely seemed (seems?) to be a link there:

“At first, Scott was just my friend. But he got to know me on a different level. We’re super connected. Scott will call and say, ‘I miss you. I want to see you.’ He always flies me to wherever he is. We spend so much time together.”

How must Kourtney Kardashian have felt about that at the time? And now?! (And Sofia too, for that matter…)

Banos’ super connection aside, we know Scott has some free time on his hands after he and Sofia broke up for good at the end of the summer. For a while there, it looked as though he might rekindle things with Kourt, as the two were both flirting more than ever on social media with fans rooting them on towards reconciliation. Thursday night’s dinner out with the young model may have put a hold on that — for now, at least.

Related: At Least One KarJenner Family Member Is REALLY Rooting For Scott And Kourt!

Scott had already hit the headlines on Friday morning prior to this news, thanks to his star turn on last night’s brand new episode of KUWTK. He was prominently featured throughout Thursday night’s episode regarding health concerns he had at the start of 2020, eventually receiving a diagnosis of low testosterone linked to blood work he had done during the show.

But unlike the KarJenner women, who still live-tweet along with their fans for every new episode of the long-standing E! reality TV show, it appears Scott would rather spend his Thursday nights out on the town with a model on his arm instead of sitting home to watch himself on television. To each his own, we suppose. LOLz!

Seriously, though, what do y’all think about Bella Banos bouncing back into the picture once again, Perezcious readers?! BTW, speaking of pictures, you can see the paparazzi snaps of Scott and Bella HERE. Pretty cut and dry, it’d seem!!!

What are U thinking??? Will Bella be Scott’s next flame? Is a dinner EVER just a dinner?! And how the f**k did Scott’s Ferrari break down right then and there?! What timing! LOLz!!!

Sound OFF with all your reactions to another busy Thursday night in the ‘Bu, down in the comments (below)!