Trump Taken To Hospital — Is This Worse Than They’re Saying?!

Trump Taken To Hospital — Is This Worse Than They’re Saying?! 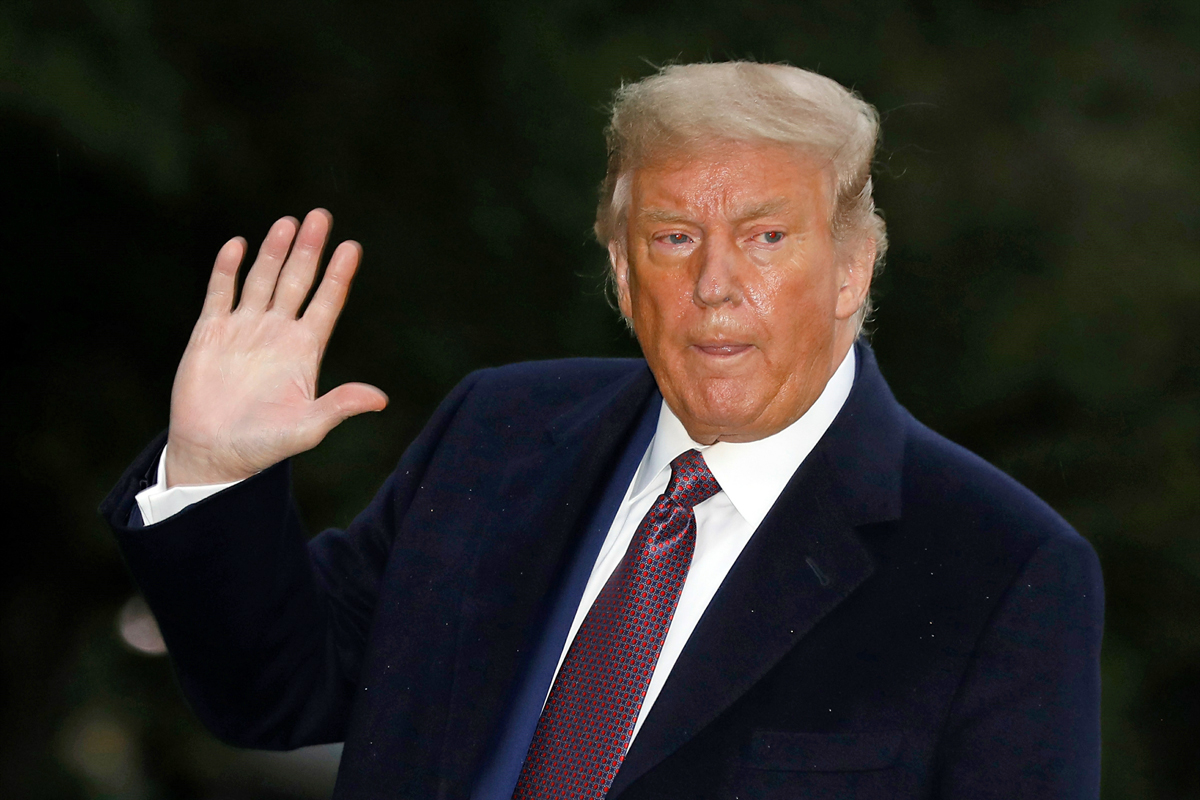 In what seems like a pretty serious development, the President is being transported to the hospital.

As you have no doubt heard by now, Donald Trump and First Lady Melania Trump both tested positive for the coronavirus following aide Hope Hicks getting it. It’s unclear when they were infected as they’ve been exposing themselves regularly — at Trump’s directive to go along with his messaging to his base that the pandemic is not that serious. Most recently the POTUS and basically his entire family went maskless in an enclosed environment for the presidential debates (in fact, he mocked opponent Joe Biden for wearing a mask).

Despite all of his team members assuring us he just has “mild symptoms,” he’s gone from quarantining at the White House — with medical facilities on site — straight to Walter Reed National Military Medical Center in Bethesda, Maryland, one of the best hospitals in the country.

White House Press Secretary Kayleigh McEnany said the POTUS “remains in good spirits, has mild symptoms, and has been working throughout the day.” However…

“Out of an abundance of caution, and at the recommendation of his physician and medical experts, the President will be working from the presidential offices at Walter Reed for the next few days. President Trump appreciates the outpouring of support for both he and the First Lady.”

Trump has never had “an abundance of caution.” If he did he would have worn a mask — and encouraged others to do so. And gotten testing and education to the American people in a timely manner. And not closed the White House pandemic office. And not looked into the eclipse.

So is it worse than they’re letting on? Or does he suddenly have “an abundance of caution” when it comes to his own life — just not yours??

Also of note: the man has not tweeted once in the past 16 hours, since revealing he has the virus.

Shortly after his diagnosis, White House physician Dr. Sean Conley released a statement saying Trump had been given an 8 gram dose of Regeneron‘s polyclonal antibody cocktail — something which is usually given to COVID patients with more severe symptoms. Those with mild symptoms generally just rest and stay quarantined. Worth noting, the cocktail is in late-stage clinical trials but has NOT yet been evaluated by the FDA or any other body. Conley said this was a precautionary measure, but do you really give someone with mild symptoms an experimental medication as a precaution?? Who is this guy, Dr. House??

All of this is coming across as more serious than they’re saying… Will the 25th Amendment need to be invoked? If the POTUS is incapacitated by illness, that’s the protocol…

Are YOU concerned?? Let us know in the comments (below)!