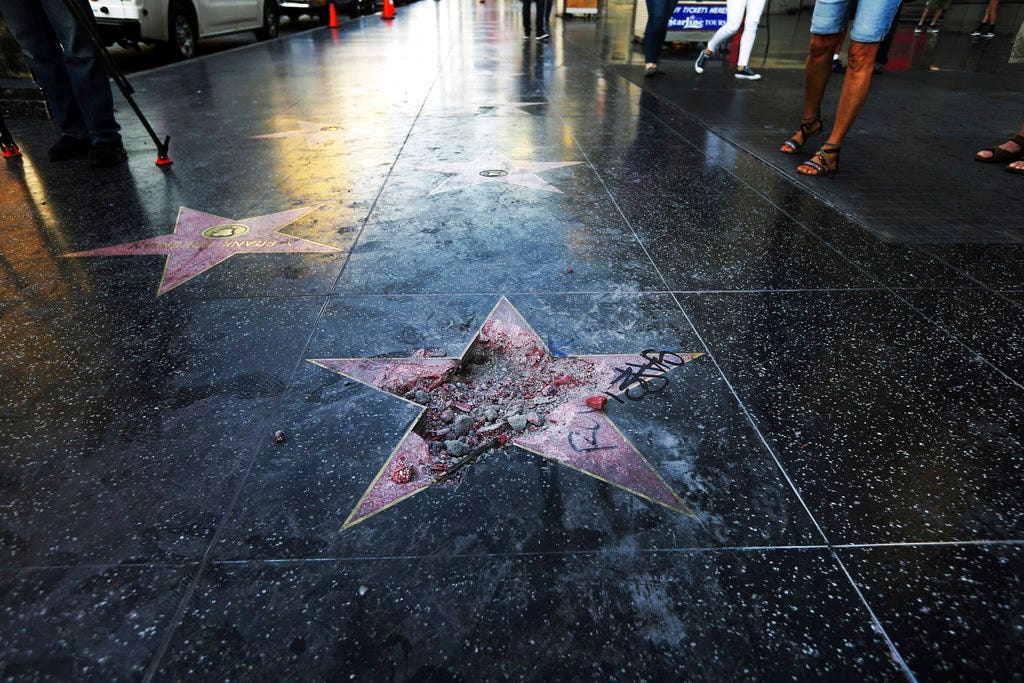 A man in an Incredible Hulk costume demolished Trump’s star with a pickax around 5 a.m., TMZ reported.

The LAPD said their officers responded to a report of vandalism at the site at 5:55 a.m.

Just hours before the incident, the president announced that he and first lady Melania Trump tested positive for COVID-19.

Trump’s star on the Walk of Fame has been a magnet for vandalism since the president announced his candidacy for the White House. In February 2016, someone defaced the star by spraypainting a swastika on it. Then in July 2018, another person destroyed the star with a pickax.

The West Hollywood City council unanimously passed a resolution in August 2018 to have the star permanently removed, but the Hollywood Chamber of Commerce, which has direct authority over the Walk of Fame, refused.

Most recently in June, the Los Angeles Times reported that the star was marked with several expletives and BLM, the acronym for Black Lives Matter.

Other celebrities have also had their stars vandalized, including Bill Cosby and Sofia Vergara.