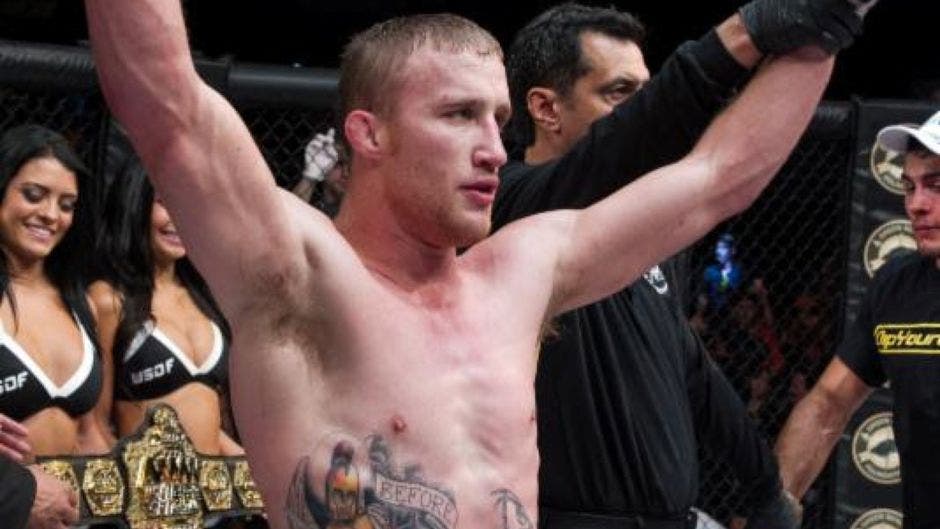 Justin Gaethje can be added to the list of people who apparently dislike Colby Covington.

The UFC fighter launched a blistering attack on Covington on Thursday over Covington’s antics when he gets behind a microphone and in front of the camera. The two attended a rally for President Trump in Nevada but after that, Gaethje said his view of Covington turned sour.

“The day after that [Trump rally], I was singing his praises because of how professional he was and how he held himself,” Gaethje said, according to MMA Fighting. “But then he went onto do a bunch of interviews and I probably despise that man more than anybody on planet Earth, other than like child pedophiles and murderers and things like that.

“He is a coward – he’s a fake person. He stands there and acts like this soft-hearted dude, and then he gets behind the camera and he’s a total coward and a fake person. I’ve never met someone as fake as Colby Covington. As a man, I would love to slap him right across the face.”

Gaethje said he enjoyed the Trump rally because of his respect for the office of the president.

“So it was really cool. It was a really cool opportunity for me, for my family, for my town to get to have that experience.”

It’s unlikely Gaethje and Covington will ever face off in a UFC fight any time soon. Gaethje is preparing to fight Khabib Nurmagomedov on Oct. 24.