Cruz ‘confident’ Barrett will be confirmed to court by Election Day, expects ‘political circus’ from Democrats

Cruz ‘confident’ Barrett will be confirmed to court by Election Day, expects ‘political circus’ from Democrats 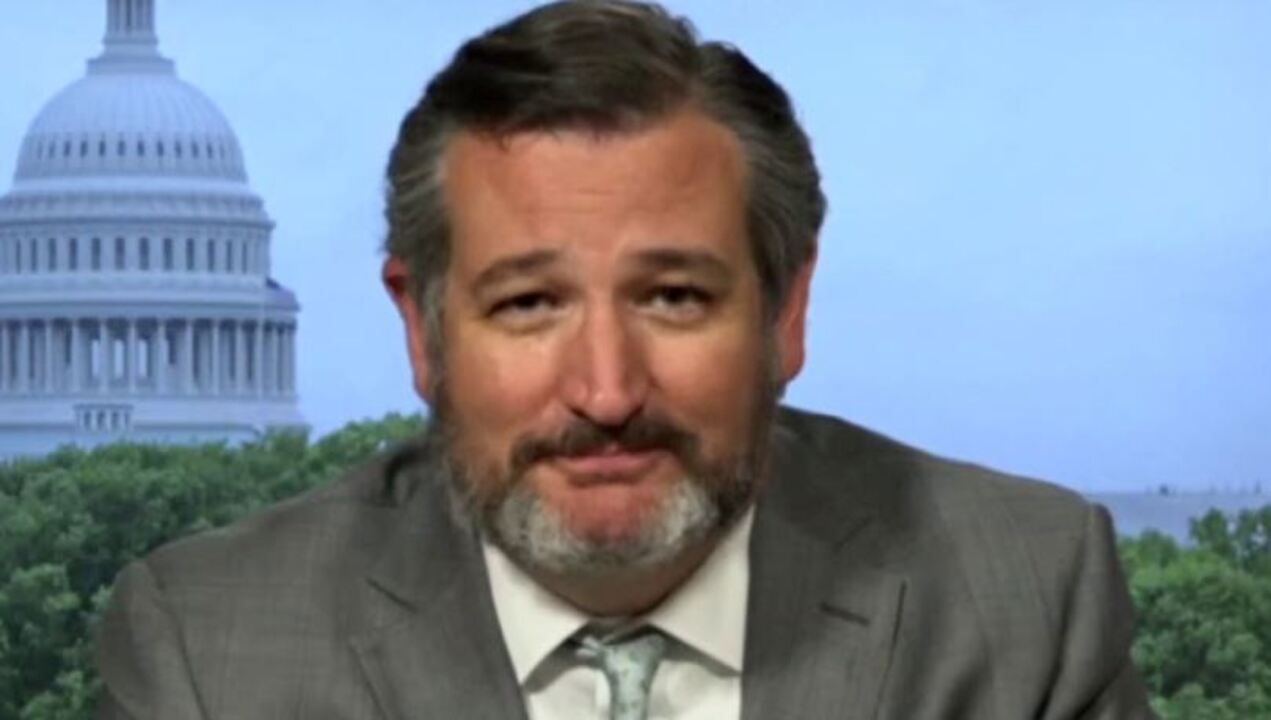 EXCLUSIVE: Sen. Ted Cruz said Senate Democrats “will do everything they can” to turn the confirmation hearing of Supreme Court nominee Judge Amy Coney Barrett into a “political circus,” while saying he is “confident” the Senate will confirm her to the high court before Election Day.

During an exclusive interview with Fox News, Cruz, R-Texas, said he met with Barrett tor 45 minutes at the Capitol this week, and he praised President Trump’s nominee, saying he “fulfilled a promise to nominate a constitutionalist to the court.”

Cruz was included in the president’s short list for potential nominees to the Supreme Court last month.

“I believe we will confirm Judge Barrett by the end of the month, before Election Day,” Cruz told Fox News. “And when we do, the Senate majority will be fulfilling our commitment to voters to confirm principled constitutionalists to the court.”

Senate Republicans have set an Oct. 12 target date to begin Barrett’s confirmation hearings, and while Cruz is confident Senate Republicans will have the votes to confirm her to the vacancy left by late Justice Ruth Bader Ginsburg, he warned that Senate Democrats “will do everything they can do to turn the confirmation hearing into a political circus.”

Cruz warned that Democrats could use “every procedural trick in the book, including potentially, some extreme tactics, like trying to boycott votes, filing frivolous motions to delay, things like even potentially impeaching the president yet again in the hopes that might delay the Senate.”

“But whatever antics they pull, I am confident the Senate majority will have the votes to set aside those delay tactics and to act expeditiously before Election Day,” Cruz said.

“There is sadly a long history of Democrats engaging in nasty, personal smears, going after nominees, going after their families, and we’ve already seen the beginning of that with Judge Barrett,” Cruz said, noting that some “Democratic operatives are targeting her young children.”

“It is despicable,” Cruz said. “Kids should be completely off bounds and nobody should be targeting young children.”

Cruz also added that he expects Senate Democrats to question Barrett on her faith, citing her confirmation hearing to the 7th Circuit Court of Appeals in 2017, when Sen. Dianne Feinstein, D-Calif., told Barrett that she was concerned over her Catholic beliefs, and particularly how she would apply them in cases involving abortion.

“Why is it that so many of us on this side have this very uncomfortable feeling that dogma and law are two different things, and I think whatever a religion is, it has its own dogma. The law is totally different,” Feinstein told Barrett, a Notre Dame law professor. “And I think in your case, professor, when you read your speeches, the conclusion one draws is that the dogma lives loudly within you. And that’s of concern.”

Cruz slammed Feinstein, saying that “it seems to be the view among Democrats that Catholics, or Evangelicals, or Jews, or any people of faith, who take their faith seriously, are not eligible or fit to serve as judges or in federal office.”

“That position is not only morally wrong, it is unconstitutional,” he said. “The text of the Constitution explicitly prohibits a religious test for federal office.”

Meanwhile, during the coronavirus pandemic, while working from home in Texas, the senator wrote a book, titled “One Vote Away: How a Single Supreme Court Seat Can Change History.”

“I wrote it this spring and summer, during the COVID lockdown and while working from home,” Cruz told Fox News. “Each chapter addresses a different constitutional liberty – there is a chapter on free speech, on religious liberty, on the Second Amendment, on U.S. sovereignty, and on elections and democracy.”

Cruz told Fox News that one of the chapters focuses on Bush v. Gore, which he said is “something we may see reprised this election cycle.”

Cruz, prior to being elected to the Senate, was a litigator before the Supreme Court. The book shares his “war stories,” and gives a behind-the-scenes story of landmark cases.

“We take readers behind the curtain to understand what’s going on at the court, which is a mysterious institution to many people,” Cruz said, adding that he wanted to “help people to understand the justices.”

“I tell the story behind the cases and why they relate to our everyday life,” Cruz said. “And one of the things that is striking is just how many of these cases were decided 5-4, which means, we are just one vote away from losing many of our fundamental liberties.”

Cruz told Fox News that when he wrote the book, he “obviously did not know we would have a confirmation this October.”

“But I did know that we had an election coming up in November and that the Supreme Court was going to be one of the most important issues,” Cruz explained.

“It took 36 days of chaos and uncertainty, where nobody in the country, or in the world, knew who the next president would be,” Cruz said.

“This time around, if Joe Biden loses, he has already been explicit that he will challenge the legitimacy of the election,” Cruz said, adding that he “fully” expects Biden to file lawsuits, citing his “substantial team of lawyers.”

“Unlike 2000, the litigation may not be confined to one state,” Cruz said, noting that Bush v. Gore was focused on the state of Florida. “We could easily see multiple lawsuits in multiple states.”

Cruz warned that without a nine-justice Supreme Court, a contested election could send the country into a “constitutional crisis.”

“The Senate has a responsibility to ensure we have a fully functional nine-justice Supreme Court to resolve whatever happens,” Cruz explained. “It is important to understand that I don’t want a justice who will vote for my particular candidate – that is not the job of a justice.”

He added: “What all of us should expect is a justice who will follow the law and follow the Constitution, so if either side challenges the election, that litigation could easily go to the Supreme Court, and we need a fully functioning nine-justice court to be able to resolve the matter with certainty and finality.”

Meanwhile, Fox News asked Cruz, who was a finalist in the 2016 Republican presidential primary against Trump, if he would mount a White House bid in 2024.

“I certainly hope to run again,” Cruz told Fox News. “It is no secret that I hope to run again. In 2016, we came very, very close. We won 12 states and received nearly 8 million votes nationwide, we had 326,000 volunteers across the country, and we raised more than $92 million, which is the most money any GOP candidate has ever raised in the primary – more than McCain, Bush or Romney.”

Cruz touted the “grassroots team” that came together surrounding his candidacy, calling it “extraordinary.”

“It was the most fun I’ve ever had in my life,” he said. “I loved every minute – the ups and the downs.”

But Cruz said that right now, his focus is helping the president to get reelected, grow the majority in the Senate, and “help take the gavel out of Speaker Pelosi’s hands” in the House.

“After the election, regardless of who wins or loses, these fights will continue,” he said. “Our nation is a nation divided, and I am committed to fighting in the long term for low taxes, low regulations, lots and lots of jobs, for safety and security for the country, and for defending the Constitution and the Bill of Rights.”

He added: “Those are lifelong passions and I feel blessed to be in an arena to fight for them now.”

Cruz also said that Republicans “need to do a much, much better job” to reach a broader audience.

“We need to spent more time reaching out to people who are not necessarily engaged in the political process, young people, Hispanics, African Americans, suburban moms,” Cruz said. “And making the case for the blessings of liberty and the tremendous success story of the American free enterprise system.”

Cruz said “that is a big part of the reason I wrote my book.”

“I think we need to do a much better job winning the hearts and minds,” he said. “To try to reach people who might not otherwise focus on the need to defend the Constitution or the Bill of Rights.”