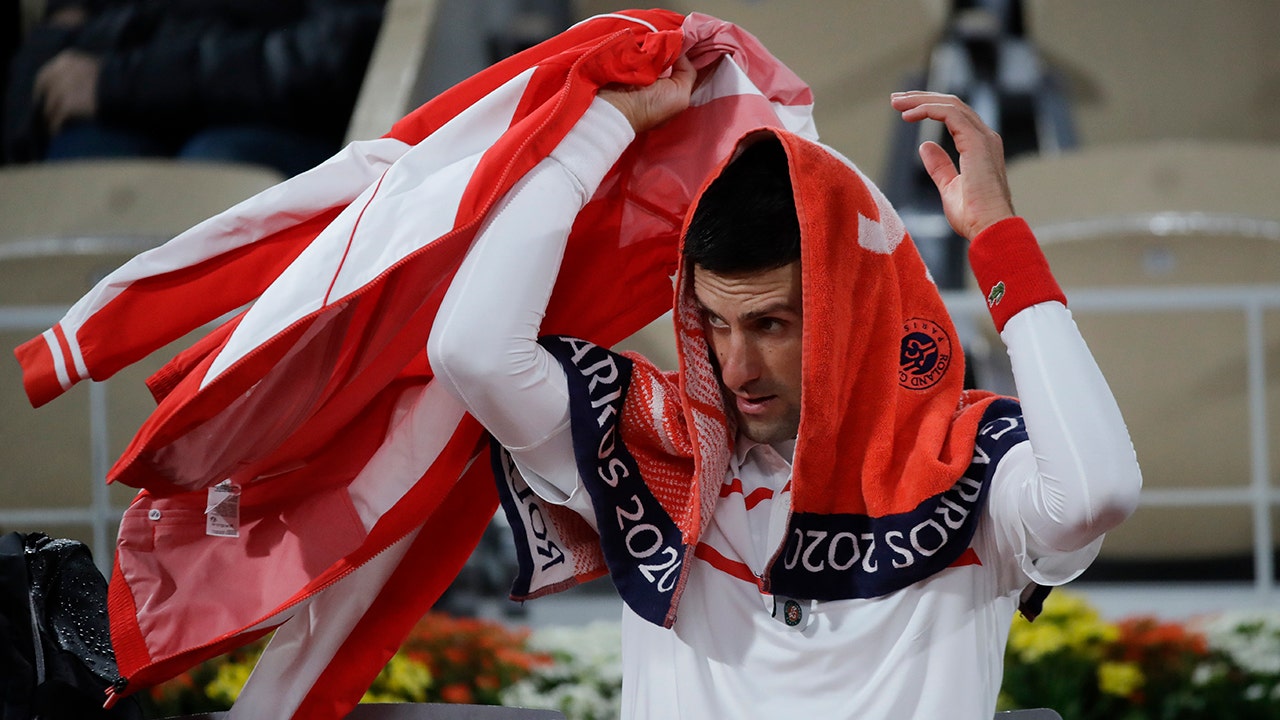 Surprising results and “Who is that?” stories abound as this one-of-these-is-not-like-the-others French Open heads to the fourth round — with the wild-card entry, the pair of qualifiers and the group of men and women who keep advancing in their tournament debuts.

And then there are the known quantities still around, the been-there-done-that crew, led by No. 1-seeded Novak Djokovic, who reached the round of 16 for the 11th consecutive year, equaling a record held by his Big Three rivals, Rafael Nadal and Roger Federer.

Forget the idea of an early upset or even slightest upstaging of Djokovic. He is outclassing opponents and making every contest uncompetitive, yet again ceding merely five games — as he has each time out so far on this trip to Roland Garros — in a 6-0, 6-3, 6-2 victory Saturday over 153rd-ranked Daniel Elahi Galan.

“If you impose yourself from the very beginning on the court, which I have in those first three matches here,” said Djokovic, who is 34-1 in 2020 as he bids for a second French Open championship and 18th Grand Slam title in all, “then it makes it hard for them to really believe that they can come back and make a turnaround in the match.”

Galan confirmed as much.

“Of course he’s superior (to) me, but you also feel like you have to make everything perfect or you will lose zero, zero and zero,” Galan said. “And I was (down 6-0, 2-0), and I was worried about it.”

Djokovic was concerned, truly, by just one matter: the rain that was falling.

As he said to chair umpire Jaume Campistol, “What is the reason for not closing the roof if we have it?”

The drop shot and lob combinations were working well. The reflex returns of 125 mph (200 kph) would-be aces were impeccable.

“It was like a rocket. Every forehand,” said Galan, who called that stroke far more impressive in person than on TV. “I was not able to even react.”

Eventually, but only after Galan slipped behind the baseline while trying to change directions and Djokovic checked on him, play was paused and the $55 million retractable cover was shut.

Djokovic kidded around with the grounds crew, even grabbing a broom to help sweep the lines before action resumed.

No. 2-seeded Nadal, the 12-time champion in Paris, and No. 3 Dominic Thiem, the runner-up to him the last two years, both play in the fourth round Sunday against 20-year-old opponents who are ranked outside the Top 200. Nadal faces Sebastian Korda, the American who went through qualifying, while Thiem meets Hugo Gaston, the Frenchman who got in via a wild card.

Those are the sorts of newcomers filling the field this year — only six of the 16 women left are seeded; 10 of the remaining men are — prompting various theories for why.

Is it the extra rain and chill and slower courts, courtesy of the September-October dates instead of the standard May-June, a switch made because of the coronavirus pandemic? Is it the limited number of folks in the stands — 1,000 allowed daily, instead of more than 30,000 — also on account of COVID-19? Is it the lack of matches for anyone, because of the sport’s more than five-month hiatus that began in March?

Is it the specific dearth of clay-court preparation? Is it the two-week gap from the end of the U.S. Open to the start of the French Open?

There is something of a prevailing sense among some players that, as expressed by Daniel Altmaier, the 22-year-old German who is ranked 186th, and never had participated in a Grand Slam tournament until qualifying for this one, “Literally everyone can beat everyone at the moment.”

As if setting out to prove that all by himself, Altmaier hasn’t dropped a set through three main-draw matches, including a surprisingly simple 6-2, 7-6 (5), 6-4 humbling of No. 7 seed Matteo Berrettini of Italy to follow up on a victory over No. 30 Jan-Lennard Struff, a friend, countryman and long-time practice partner.

Now comes another seeded foe for Altmaier: No. 17 Pablo Carreño Busta. The other fourth-round men’s matches Monday: Djokovic vs. No. 15 Karen Khachanov, No. 5 Stefanos Tsitipas vs. No. 18 Grigor Dimitrov, No. 13 Andrey Rublev vs. Marton Fucsovics.

“You can go out any round,” said Garbiñe Muguruza, the 2016 French Open champion who was beaten by the 57th-ranked Collins 7-5, 2-6, 6-4 in Saturday’s last match. “I’m seeing players that, you know, some of them (I’ve) never seen before, playing incredible.”

Like Altmaier, Korda, Gaston and 19-year-old Jannik Skinner — who made this only the second French Open in the Open era, which began in 1968, with a quartet of men making the fourth round the first time they played the event — Badosa extended her initial appearance into the second week. The 22-year-old from Spain, ranked 87th, defeated 2017 French Open champion Jelena Ostapenko 6-4, 6-3.

“It’s really nice, I think, overall for tennis to see new faces, young players,” Djokovic said. “I feel like, of course, you need brands. You want some familiar faces to be out there, because that attracts the crowd and interest of people to watch tennis. But at the same time, it’s nice that when you have young players coming in, making a statement in one of biggest tournaments in the world, I think it’s also very positive for our sport.”

As long, presumably, as those statements come at the expense of others.