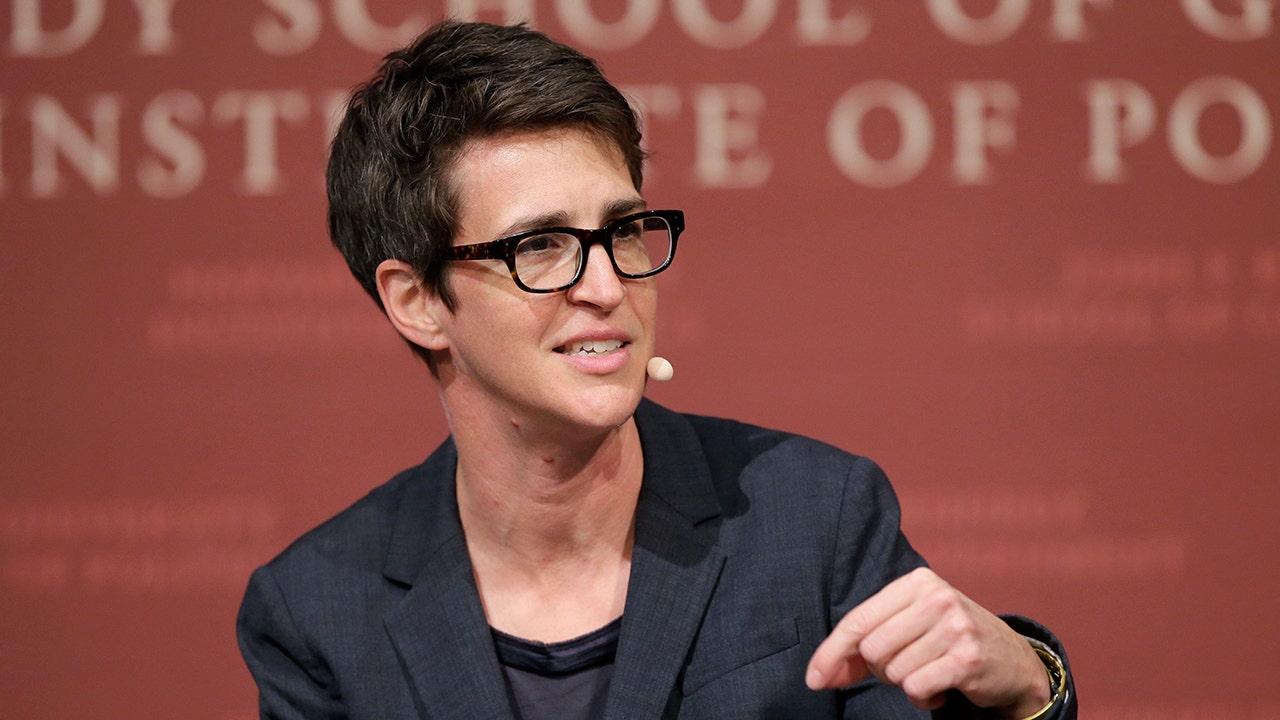 MSNBC host Rachel Maddow delivered a somber monologue Friday, urging critics of President Trump to wish him a speedy recovery as he battles the coronavirus.

While many in the mainstream media have used Trump’s illness to pile on his handling of the pandemic, Maddow is one of the most prominent liberal voices to express concern for the health of the president and first lady Melania Trump.

“God bless the president and the first lady,” Maddow tweeted early Friday after Trump announced he and his wife had tested positive. “If you pray, please pray for their speedy and complete recovery — and for everyone infected, everywhere.”

She added: “This virus is horrific and merciless — no one would wish its wrath on anyone.”

On her MSNBC program Friday evening, Maddow struck a similar tone, expressing confidence that the president would recover from the infection.

“There is no reason to expect that the president is going to die from COVID-19,” Maddow said. “Even among COVID patients who have to be hospitalized, even among men who are older, who are obese, who have existing comorbidities, there is still a wide variety of possible outcomes even for patients who are sick with COVID-19 who are in the hospital.

“And you know, the president was well enough to walk on his own steam to and from the helicopter that took him to the hospital tonight. He was well enough to speak mostly like himself in the 18-second video he posted from the White House thanking people for their well-wishes.”

Maddow then stressed to her viewers that, “We are not on death watch tonight for the president. There is no reason to expect that the president is going to die from this … Now, of course, it is possible, right?”

The “Rachel Maddow Show” host then noted that more than 209,000 Americans had died from COVID-19, highlighting the July 30 death of former GOP presidential candidate Herman Cain.

Maddow then scolded the president for “flouting” various health guidelines on the campaign trail, accusing him of “causing almost immeasurable harm” in the effort to contain the outbreak, which ultimately led to a “public health failure.”

However, she emphasized, holding Trump accountable and hoping for his survival are not mutually exclusive.

“And of course, it is clear that he and this White House have been playing with fire all this time. And so yes, now they have gotten burned in the worst way, right? We all understand that, but we as a country now have a very serious situation on our hands. We have to understand how we got here, yes, but also how to get out from here.”

Maddow then compared President Trump contracting the coronavirus to a smoker being diagnosed with lung cancer.

“If you know someone who smoked for years and years and years and never even tried to quit despite knowing the risks of lung cancer from smoking and then that person who you know got lung cancer, how do you react to that?” she asked. “Well, part of the way you react is that you understand why they likely got it. Your instinct might even be to blame them for getting it. Go right ahead. Enjoy that schadenfreude.

“But also, you’re a human being in this situation,” Maddow explained. “If your friend has lung cancer now, regardless of what you feel about how he or she got it, once you find out that they’re ill, you wish and hope and try to save them, right? You get them into treatment. You help them try to survive it. You move heaven and earth to cure them. That’s how we do as humans! That’s how this works!”

She concluded, “Understanding how we got here and now coping with what we have to do to try to survive it are two different things that we can keep in our heads at the same time and two things that we can keep in our souls at the same time. That’s how this works too, right? I mean, accountability for the president’s disastrous handling of the epidemic is political accountability. That is what the election is for … but the president is in the hospital now. With him getting infected and getting sick from it and now needing to be hospitalized because of it, this is a sober thing and a serious thing for us as Americans that is separate from any political price that this president and this administration will pay for his past actions.”