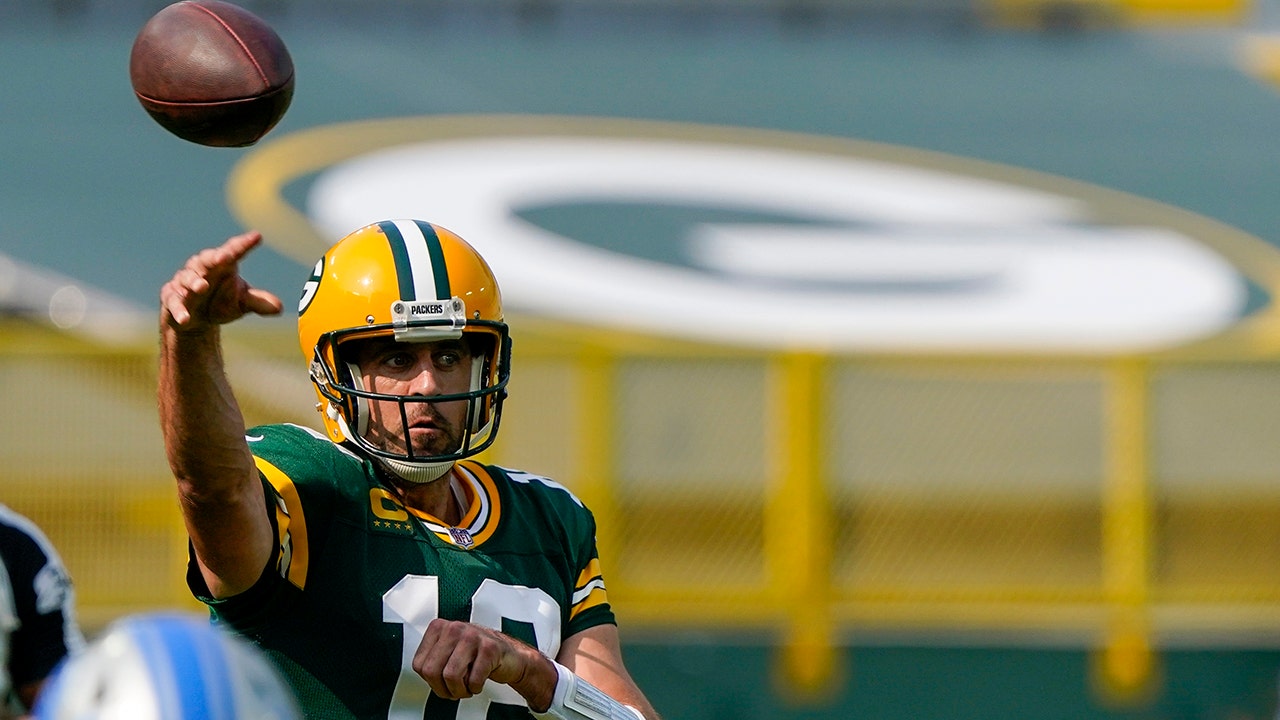 Aaron Rodgers revealed earlier this week the sneaky way he is able to call his own plays while under center for the Green Bay Packers.

Rodgers said on “The Pat McAfee Show” on Tuesday that he pretends his headset inside of his helmet isn’t working.

“I’ve done that a ton of times. I’ve done that a fair amount. Every now and then, it’s real. I can’t believe it, and [Packers coach] Matt LaFleur thought I was messing around. Last year, the helmet went out three times, probably. And he could not believe it,” Rodgers said.

The second time it went out, he thought I was messing with him. Then, I faked one in between the second and third time. I did the whole ‘Oh, I can’t — ‘ You could see him just freaking out on the sidelines. … But yeah, it went out again. I’ve had to wear the backup helmet four times I think in two years.”

The trick is pretty good in hindsight coming from a veteran quarterback and it shows just how relaxed Rodgers has been since LaFleur took over.

Rodgers has been on a tear this season and the Packers have won their first three games.

Green Bay was on the verge of making the Super Bowl last season, only losing to the San Francisco 49ers in the NFC Championship game.