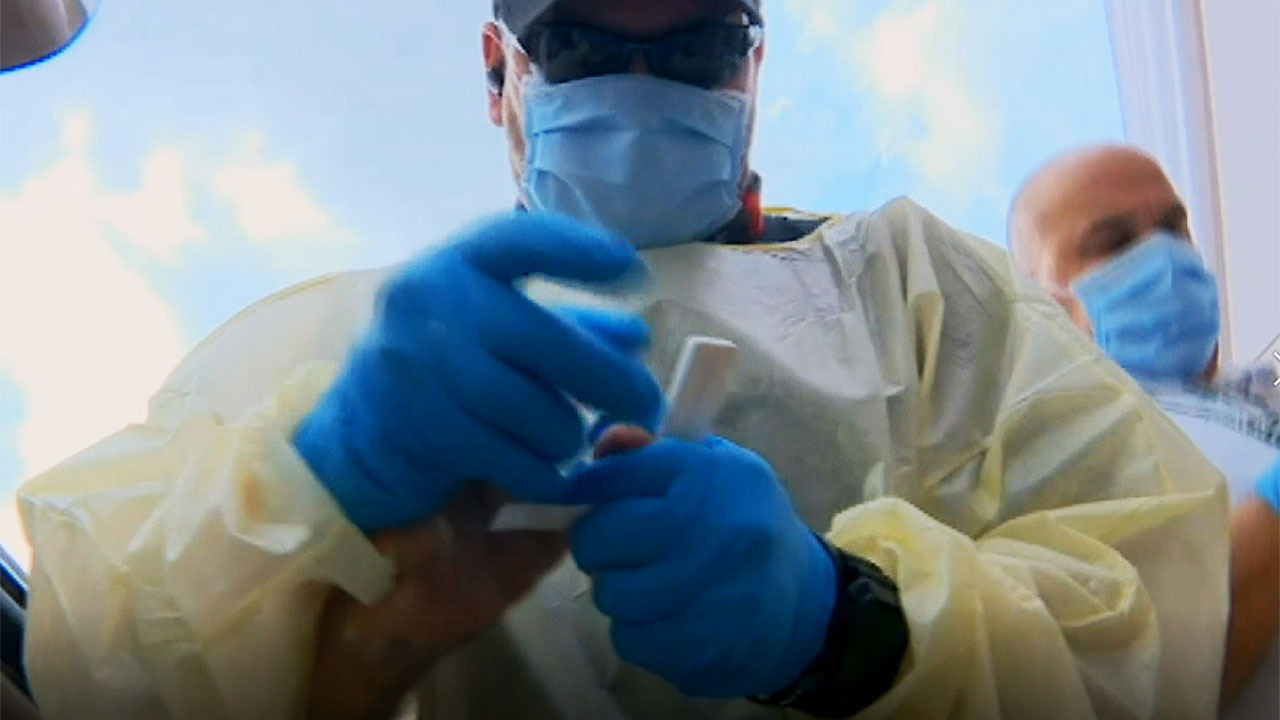 When House Speaker Nancy Pelosi, D-Calif., announced a new select subcommittee to investigate and oversee the federal response to the coronavirus pandemic, Republicans knew we were in for a fight. Democrats were going to use this subcommittee to relentlessly hamper, harass and pass blame on the Trump administration in the middle of the worst pandemic in a century.

Over the past months, I’ve led Republicans on the Select Subcommittee on the Coronavirus Crisis as we’ve tried to cut through the noise and partisanship. After over a dozen hearings, Democrats have still failed to uncover any major fault in the Trump administration’s pandemic response

However, despite Democrats’ best efforts to obstruct our investigations, select subcommittee Republicans established several key takeaways about the Trump administration’s pandemic response, as well as some shocking revelations about Democratic governors’ deadly “must admit” orders in nursing homes.

Here are the key findings our report, which we issued Friday.

China lied about the dangers of COVID-19

China falsely downplayed the seriousness of the disease while simultaneously hoarding personal protective equipment and allowing Chinese nationals — including thousands from Wuhan, where the coronavirus originated — to travel abroad.

People traveling from China seeded the virus throughout every corner of the globe, while China denied other nations the resources they needed to fight the virus.

Democrats have resisted any attempt to investigate China’s duplicity and lies, because this would distract from their core mission of blaming President Trump for the coronavirus pandemic.

In the face of resistance and accusations of xenophobia from Democrats and many in the media, President Trump closed our borders to China, and then to Europe and other high-risk areas. President Trump launched the “15 Days to Slow the Spread” initiative in mid-March, then extended this initiative for another 30 days — protecting at-risk populations across the nation.

The president’s tough and effective decisions — based on the advice of our nation’s top medical professionals — saved hundreds of thousands of lives.

In testimony before the select subcommittee, Dr. Anthony Fauci said lives were saved because of the president’s actions to ban flights from China and Europe; extend the flight ban to the United Kingdom; and implement the program “15 Days to Slow the Spread,” and then extend that program another 30 days.

Fauci is the internationally respected director of the National Institute of Allergy and Infectious Diseases.

The president has led an unprecedented effort against the coronavirus

The Trump administration has launched initiatives to produce and distribute personal protective equipment, create the world’s best coronavirus testing infrastructure, reduce COVID-19 fatalities through better treatments, and create a safe and effective vaccine faster than any in human history.

President Trump used the Defense Production Act to unilaterally reshore manufacturing of personal protective equipment and pharmaceuticals from overseas to benefit American families. As of Sept. 20, the federal government has coordinated the delivery or production of 243 million N95 masks, 1.1 billion surgical masks and 27.9 billion gloves — and stockpiled 135,784 ventilators.

Most importantly, President Trump launched Operation Warp Speed and authorized billions of federal dollars to fund a visionary and historic moonshot program to deliver 300 million doses of a safe, effective vaccine by January 2021. Four vaccines under the program are already in Phase 3 (final) trials.

Democratic governors ignored guidance from the Trump administration and sent coronavirus-positive patients back to nursing homes, resulting in tens of thousands of unnecessary deaths.

Subcommittee Democrats had little interest in uncovering the devastating and scandalous behavior of the Democratic governors of New York, New Jersey, Pennsylvania, Michigan and California. But thousands of grieving families demanded answers from Congress. Republicans stepped up to investigate.

For example, New York state has seen over 32,000 COVID-19 deaths. Gov. Andrew Cuomo’s deadly “must admit” order led to the deaths of at least 6,600 elderly Americans. In fact,

The Associated Press recently reported that the Cuomo administration is likely undercounting the nursing home deaths, estimating the true count to be around 11,000 elderly Americans — over a third of total COVID-19 deaths in New York alone.

The Justice Department has opened an investigation into the deadly “must admit” orders of these governors.

The above takeaways — along with a thorough timeline, accounting of numbers, and missteps of Democrats in their desperation to attack President Trump — are compiled in the report we Republicans on the select subcommittee released Friday.

Our report is not a counter-narrative to Democrats’ so-called investigative efforts. We have produced authoritative investigative conclusions by members of the select subcommittee who are dedicated to the fight against this evil virus.

Under President Trump’s leadership, working together, we will defeat COVID-19 and fully restore the greatest economy our country has ever seen.