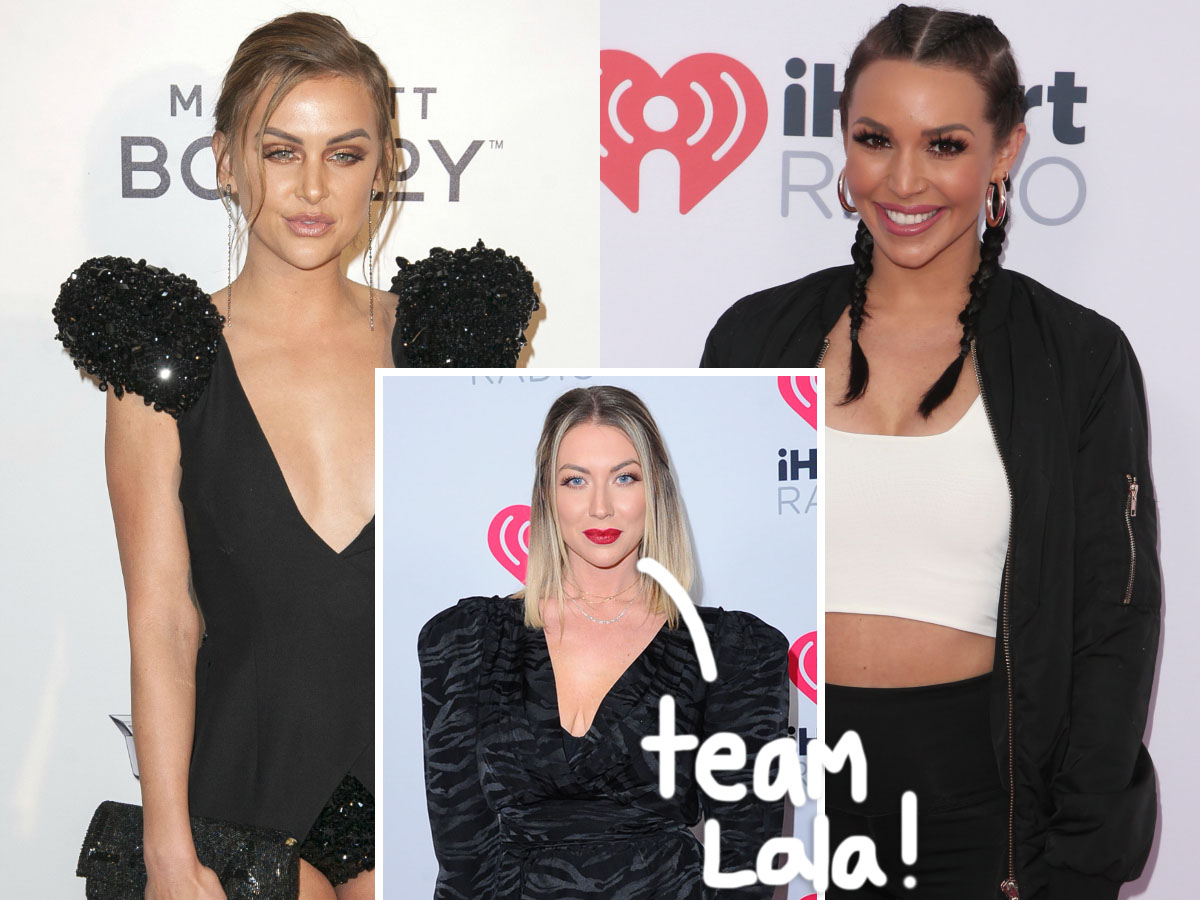 Stassi Schroeder may not be a Vanderpump Rules cast member anymore, but she’s definitely still involved with the drama!

Eagle-eyed fans took notice that Lala Kent is no longer following Scheana Shay on social media after their recent drama, and the Next Level Basic author has [un]followed suit!

So, what happened here? As we previously reported, the Scheananegans podcast host, who revealed in June that she suffered a miscarriage, shared during the September 25 episode of her podcast that she and BF Brock Davies were not on the guest list for Kent and Randall Emmett‘s gender reveal party in September. Brock revealed:

Sounds like Davies understands, right? Well, the Bravo star said that not making the list “states pretty clear where our friendship stands” moving forward, especially after she says Lala was not there for her after her miscarriage:

“She literally said to my mom, ‘If she needs anything at all, I will be there. I’m 5 minutes away in Palm Springs.”

Shay recalled that the Give Them Lala … With Randall host invited her to dinner with Megan Fox and Machine Gun Kelly, who are co-starring in Randall’s directorial debut Midnight in the Switchgrass:

“I needed her and she wasn’t there because she had dinner with celebrities. Let’s be real.”

After seemingly hearing the tea spilled during the podcast ep, the momma-to-be shared her side of the situation, saying that Brock was playing golf when his girlfriend miscarried:

“1. I’m not trippin too hard. In her mind that’s how it happened. She would rather focus on me ‘not being there for her’ than the fact her man said he was working, turned his phone off and went golfing that day. Weird how that was just glazed over. This is why her relationships are always a trainwreck that make epic TV. She makes reality TV gold.”

“I can’t believe I just have that much time to this s**t when we aren’t even filming and I’m not getting paid. Smh.”

Stassi, also expecting her first child, has seemingly sided with Miz Kent in the matter, though she has more serious situations on her mind right now. On Thursday, the former VPR star gave a behind the scenes look at her daughter-to-be’s nursery via her Instagram Story, sharing a snap of a framed heart which appeared to be spilling over, adding the caption:

“After I bought this, we discovered she has a hole in her heart and it was the worst week of our lives waiting to find out just how serious it was. After a week of actual hell on earth, the doors said it’s incredibly small & should heal on its own. This piece of art means so much more now.”

Wow! We’re so glad to hear it sounds like she’ll be okay.