Stephen Colbert expresses rare support for Trump in ‘unusual’ episode: ‘a serious moment for our nation’

Stephen Colbert expresses rare support for Trump in ‘unusual’ episode: ‘a serious moment for our nation’ 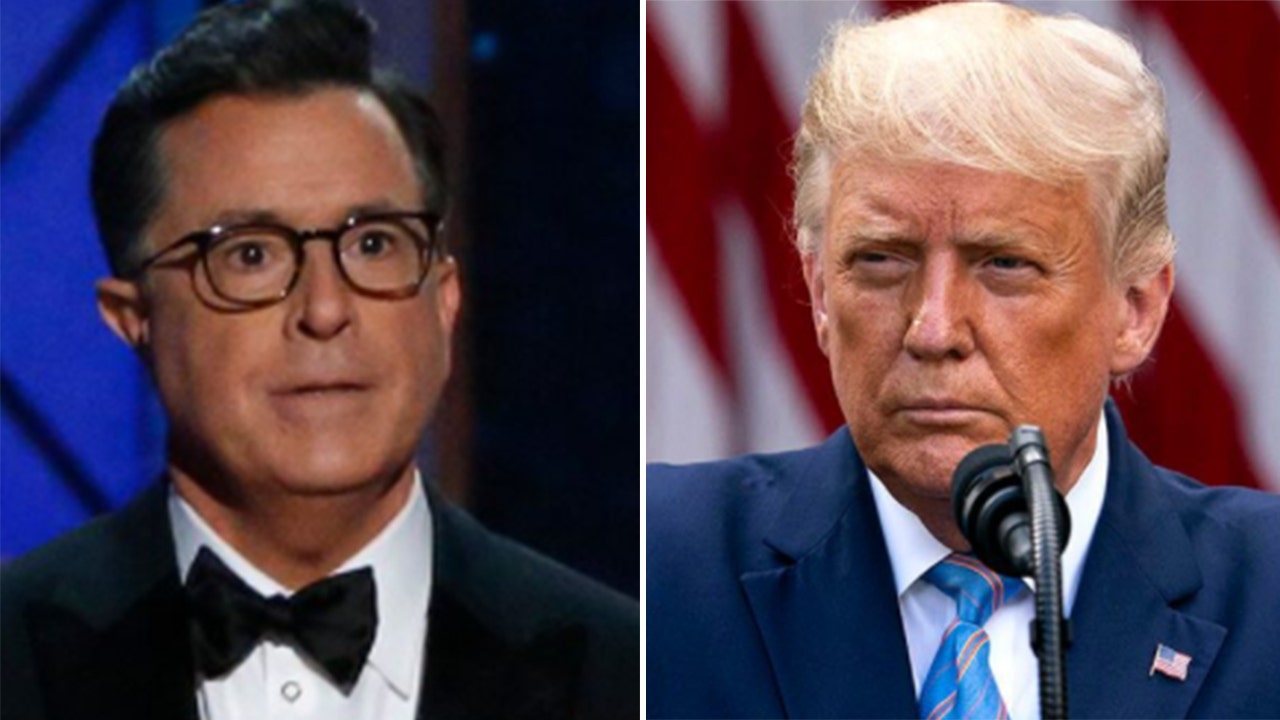 Stephen Colbert on Friday hosted what he called an “unusual” and “unexpected” episode of “The Late Show” in which he expressed support and concern for President Trump and first lady Melania Trump, who both tested positive for coronavirus early Friday.

Colbert, 56, opened the show to note that he didn’t plan to be on air Friday until the Trumps’ diagnoses came to light. President Trump confirmed on Twitter that both he and Melania would be under quarantine at the White House. But hours later, he was transported to Walter Reed National Military Medical Center “out of an abundance of caution,” the White House said.

Colbert pointed out the seriousness of the president’s diagnosis as the presidential election is just one month away.

“Now, say what you will about the president, and I do,” Colbert began. “This is a serious moment for our nation and we all wish the president and the first lady of the United States a speedy and a full recovery.”

“I really think it’s important for all of us to separate the man from the office – and I hope on Nov. 3 we literally do. But for now, I find it troubling, moving even, to see the president of the United States be taken to the hospital and to imagine the responsibility those service members flying that helicopter must feel,” Colbert said.

“To recap, the commander in chief of the most powerful nation on earth has fallen ill with a virus that has hobbled the entire world,” the late-night host continued. “This after spending the last few months holding rallies, mocking people who wear masks and generally acting like he was invincible even though he’s a 74-year-old man with pre-existing conditions.”

Colbert, who is known for cracking jokes at the president’s expense on a nightly basis, went on to say Trump’s diagnosis is “disturbing” and he is “worried” for him.

Although he was able to throw a couple of jabs at Trump in his monologue. Colbert said he feels it’s “upsetting but not surprising that the one that put our president in danger is President Trump!”

He also credited Joe Biden’s “classy” Twitter response to the news, in which the Democratic nominee said he wishes Donald and Melania Trump a swift recovery.

Colbert then quipped: “And let’s not forget Biden needs Trump to get better. I mean, at the next debate, Joe can’t interrupt himself!”