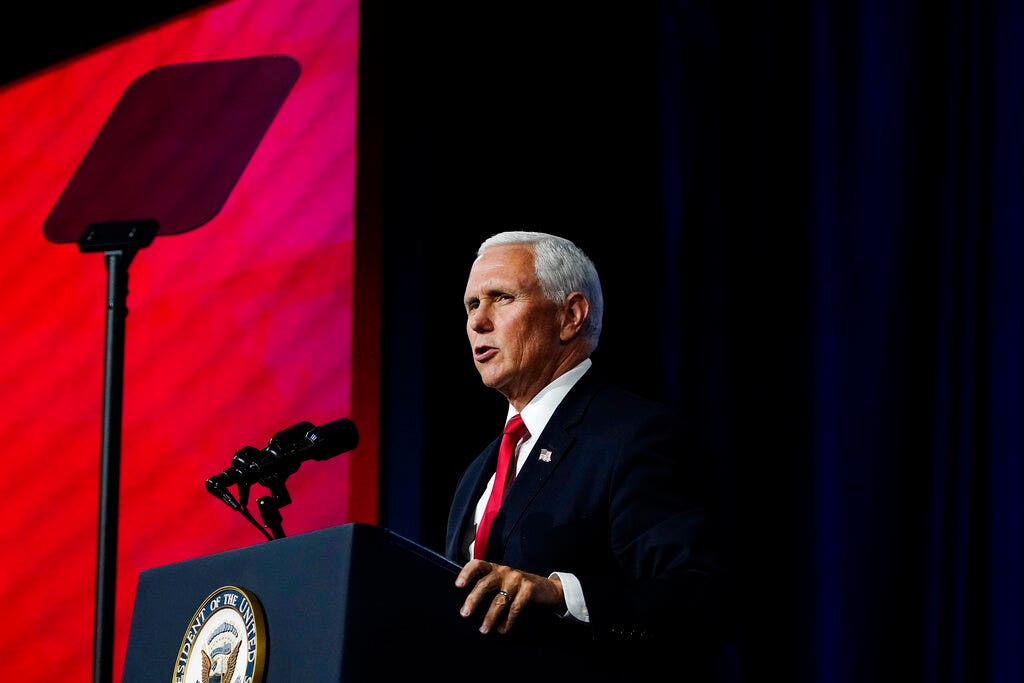 Vice President Mike Pence will step up on the campaign trail as President Trump deals with a case of the coronavirus.

The matchup between Pence and Sen. Kamala Harris, the Democratic nominee for vice president, will proceed as scheduled.

TRUMP TESTS POSITIVE FOR CORONAVIRUS: HERE’S WHO ELSE IS POSITIVE AND NEGATIVE

The vice president and second lady Karen Pence have both tested negative for the coronavirus following positive results for President Trump, first lady Melania Trump and a number of other people close to the White House, including senior adviser Hope Hicks and former N.J. Gov. Chris Christie, who served as Trump’s debate coach ahead of his matchup with Joe Biden earlier this week.

On Twitter, Pence said he was “grateful for the prayers” offered to the president, first lady Melania Trump and all other Americans dealing with the coronavirus.

“We will get through this together,” he wrote.

Meanwhile, President Trump remains at Walter Reed Medical Center, where he said he is “feeling well.”

White House physician Dr. Sean Conley and other members of the medical team briefed reporters on Trump’s condition earlier in the day and said they were “extremely happy with the progress.”

President Trump was flown there Friday evening aboard the Marine One helicopter. He spent the night  and was “doing very well” as of Saturday afternoon, with no difficulty breathing. But an administration official warned that the next 48 hours would be “critical” to the president’s progress.

“Twenty-four hours ago, there was real concern about the President’s vitals,” the official said. “For the past 12 hours, there has been zero concern.”