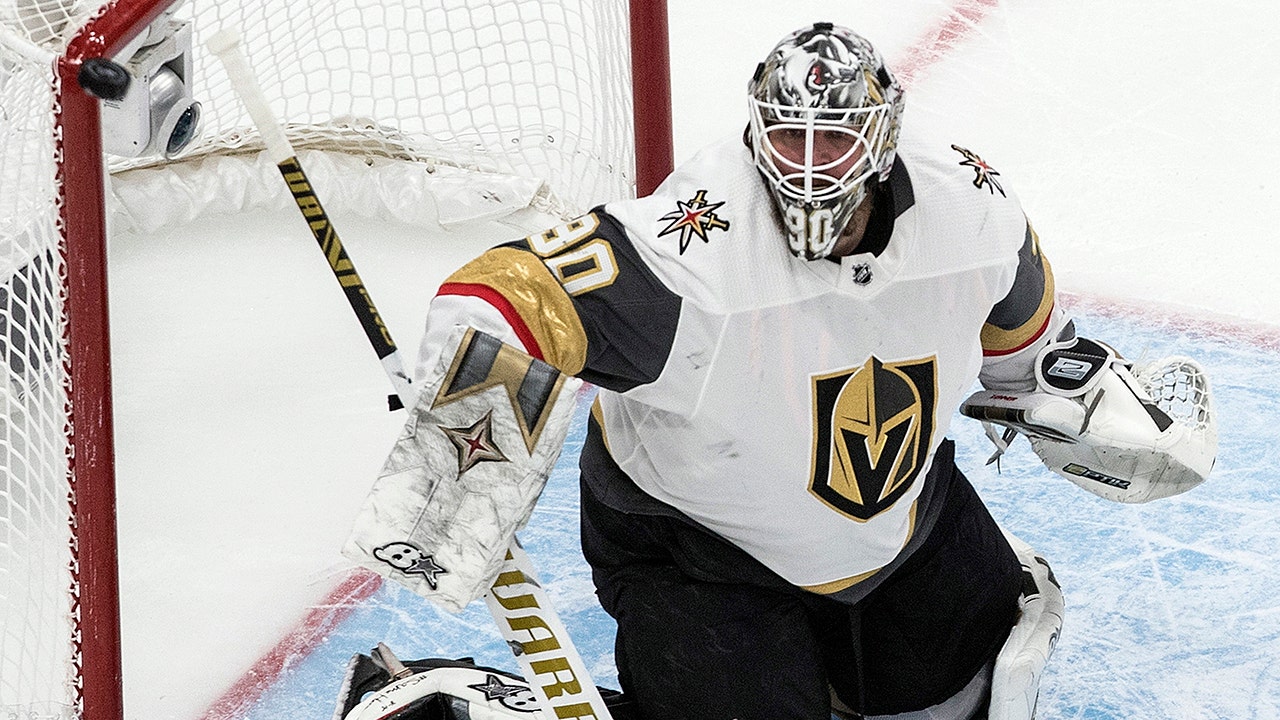 The Vegas Golden Knights re-signed Robin Lehner on Saturday to a $25 million, five-year contract that makes him their goaltender of the present and future and plunges one-time face of the franchise Marc-Andre Fleury into uncertainty.

Lehner’s deal carries a $5 million annual salary cap hit and runs through the 2024-25 season. Committing to Lehner makes it likely Vegas will at some point move on from Fleury, who took the team to the Stanley Cup Final in 2018 in its inaugural season.

Coach Peter DeBoer made clear his preference for Lehner when the NHL returned for an expanded playoffs. While he said he’d use both goalies, he started Lehner in 16 of the Golden Knights’ 20 postseason games.

DeBoer opting for Lehner led Fleury’s agent, Allan Walsh, to tweet an illustration during the second round of his client with a sword featuring the coach’s name through his back. It was deleted the next day, and Fleury said he and Lehner have a good relationship.

Lehner went 9-7 with a 1.99 goals-against average and .917 save percentage as Vegas reached the Western Conference final before losing to the Dallas Stars. Fleury was 3-1 with a 2.27 and .910.

The long-term contract means some security for Lehner, who played for four teams over the past three seasons. When word of this contract being agreed to came out, the 30-year-old Swede said during the playoffs it wasn’t finalized but he was comfortable with Vegas as soon as he arrived after a trade at the deadline in February.

“I felt it right away when I came here: This team is all about just winning and you deserve what you get,” Lehner said last month. “That’s, I think, what winning teams do, and it hasn’t always been the case, so it’s refreshing when I got here and I felt that vibe and that culture around here. I had to work hard.”

Lehner won the Masterton Trophy last year for perseverance, sportsmanship and dedication to hockey after detailing his battles with addiction and mental health problems.

“Stigma is real in the world but this gives me hope for the future,” Lehner tweeted. “Thanks @GoldenKnights for believing in me.”

Despite helping the New York Islanders get to the second round in 2019, he went to free agency and signed a $5 million, one-year deal with Chicago, which later flipped him to Vegas.

Lehner won’t be bouncing around for the next little while, though Fleury’s status is a major question mark. Fleury, who will be 36 by the time next NHL season starts, has two years left on his contract at a $7 million cap hit with a 10-team no-trade clause.

Fleury is a three-time Stanley Cup winner with Pittsburgh, which also Saturday re-signed All-Star Tristan Jarry to a $10.5 million, three-year contract. Matt Murray, who Fleury teamed up with to win it in 2016 and 2017, faces an uncertain future like his former teammate.