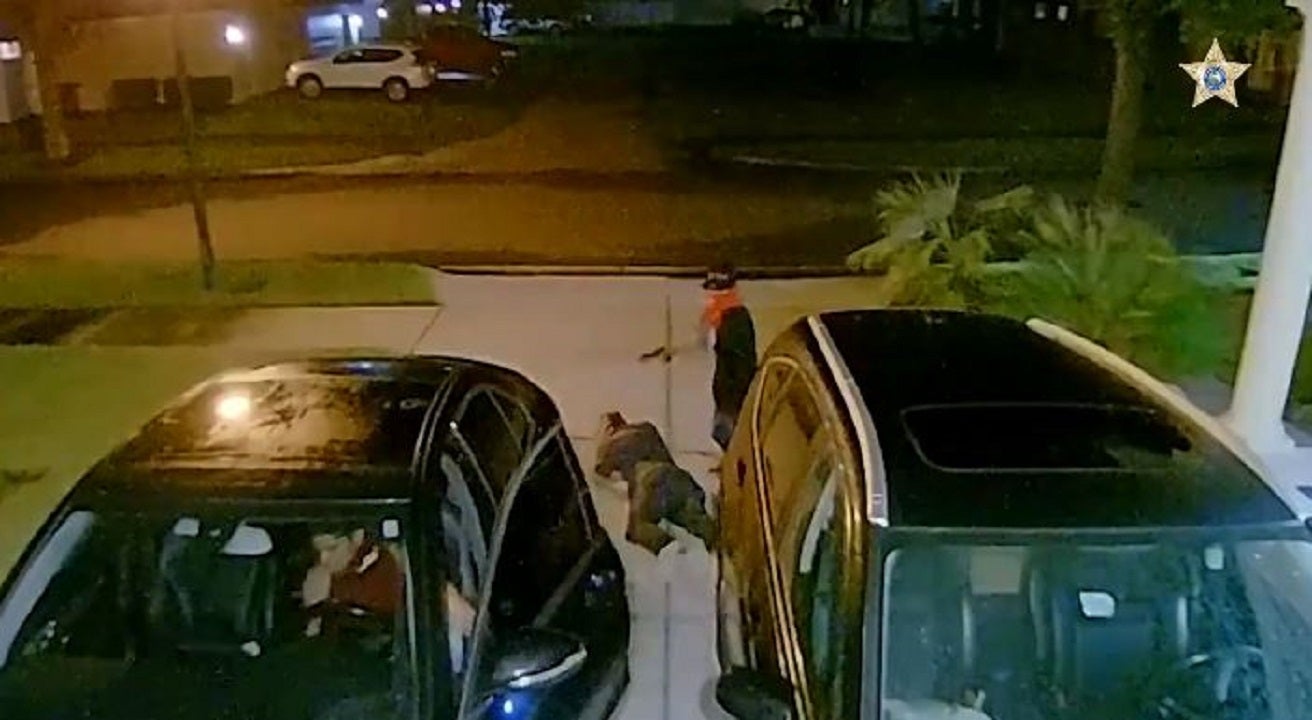 Authorities in Florida are searching for two armed carjacking suspects caught on home security video confronting a driver who had just pulled up to his Orlando-area home Monday night.

The Orange County Sheriff’s Office released the footage of the two suspects approaching the Windermere resident as he parked his 2015 black Mercedes C350 in a driveway just after 10 p.m. The suspects appear to run from across the street in his direction as he exits the vehicle.

The first suspect wore a red shirt over his face and runs to the driver-side door and opens it to pull the victim out. The second suspect, also wearing a red face covering, points a black gun at the driver and orders him on the ground.

He then punches him on the forehead.

“Get the (expletive) on the ground,” the armed carjacker said.

The first carjacker gets in the vehicle and slowly pulls out the driveway. His accomplice ran toward another vehicle and followed, the Orlando Sentinel reported.

The victim told police he left a Mac laptop and a set of golf clubs inside the car worth $24,500.