Voters divided over ructions to Trump’s coronavirus diagnosis, but most won’t change their vote

Voters divided over ructions to Trump’s coronavirus diagnosis, but most won’t change their vote 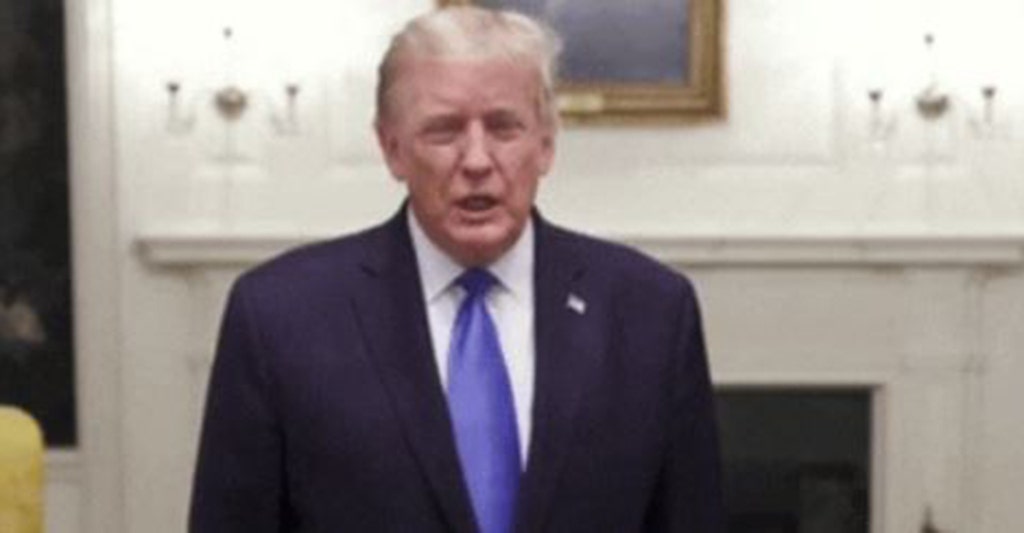 Voters across the United States were stunned by the revelation that President Donald Trump tested positive for the coronavirus, but after the well-wishes and thoughts and prayers, not everyone appeared to be on the same page as to how to feel about the development.

Initial voter reactions were divided along party lines, according to reports, and many people wondered what the diagnosis would mean for the election.

Polling by the Morning Consult found that most Americans were “surprised” or “worried” after learning about the president’s diagnosis, but concern over how Trump will fare differed for each group: and overwhelming amount of Republicans (78%) were worried about the president himself, while almost half of Democrats said they were not concerned at all.

Top emotions for each group also varied widely: Republicans reported being “sad” while Democrats were “indifferent” or even “happy.”

Here’s how voters in some states are feeling about the election.

In Florida, which went for Trump in the 2016 election, voter reactions were mixed, but one message was consistent: it did not change how they were planning to vote in the upcoming election.

“No, it will not. This is constitutional,” Dr. Albert Simpson Jr told Fox 30 Action News Jax. ” …We’re going to vote for the person we felt right for doing the job.”

Kim Mihalik spoke to ANJ after submitting her vote-by-mail ballot in downtown Jacksonville, and said she would monitor the president’s condition, but it did not factor into her decision.

“I’ve been excited about coming down and posting that in person,” Mihalik said. “I’ve been looking forward to it for a long, long, time.”

Those views were consistent even for Democrat voters, such as Talia Ward.

“I wasn’t surprised at all,” Ward said. ” … because of his comments when [COVID-19] first became a pandemic.”

“I wouldn’t reelect him. No,” she added.

In Virginia, a state the voted for Hillary Clinton in 2016, the attitude was mostly the same, according to interviews conducted by NPR.

Amelia D’Cruz of Virginia Beach voted for Trump in 2016 and said she was still leaning toward voting for him again: she’s not too concerned about the COVID-19 diagnosis. In fact, she believes he will “power through” the virus because he is “pretty resilient.”

“Do I worry about COVID? Do I worry about him? No, I’m more worried about Biden because if he got it, I think we’d be in much – he’d be much more impacted by it,” D’cruz said.

Another voter, Didi Smith – who is a stay-at-home mom in Virginia – said that Trump was “pretty much asking for it.”

“I mean, he decided not to wear a mask for how long?” she asked when she first learned about the diagnosis on Thursday.

More prevalent, though, was a concern that voters could not completely rely on information coming from the White House. The Morning Consult polling showed that over half (55%) of voters said they did not trust Trump to accurately depict the situation – nor would his administration as a whole.

In Pennsylvania, which narrowly flipped for Trump in 2016, reactions across the state were more tempered, with residents not nearly as confident about the future.

“I’m very worried about the president’s health. Especially during this time that we need him to lead this country to greater heights,” Humphrey Opiyo of Sicklerville told ABC 6 News.

Another voter, Eric Britt, said he thought the announcement could be a publicity stunt – view he is not alone in sharing.

“I think it’s helping his campaign because now he has coronavirus. Next thing you know there’s going to be a cure,” Britt said.

Voters in California were similarly reticent in the face of the news, and hesitant about what it meant for the election.

“I did not sleep well because of it,” Murray, a member of the Republican Central Committee in Placer County, told the LA Times. He said that if Joe Biden had tested positive, then he would “feel awful for him.”

“It’s sad. I wouldn’t wish that upon anybody, and seeing some of the comments, people laughing and mocking — there’s an old man that just got COVID and you’re putting up smiling emojis,” referring to social media reactions that celebrated the president’s positive test.

“He always lies to us,” Dukelow said. “His doctors always lie to us. There are a lot of good reasons for him to lie to us about this.”

“He would get out the debates, he might get a sympathy vote, he could hide out in his bedroom for a while and have a miracle recovery and say it’s hydroxychloroquine,” she added.

Dukelow said that other retirees she’s spoken with did not show outright sympathy for the president, with some “quite pleased but openly empathetic” about the illness.