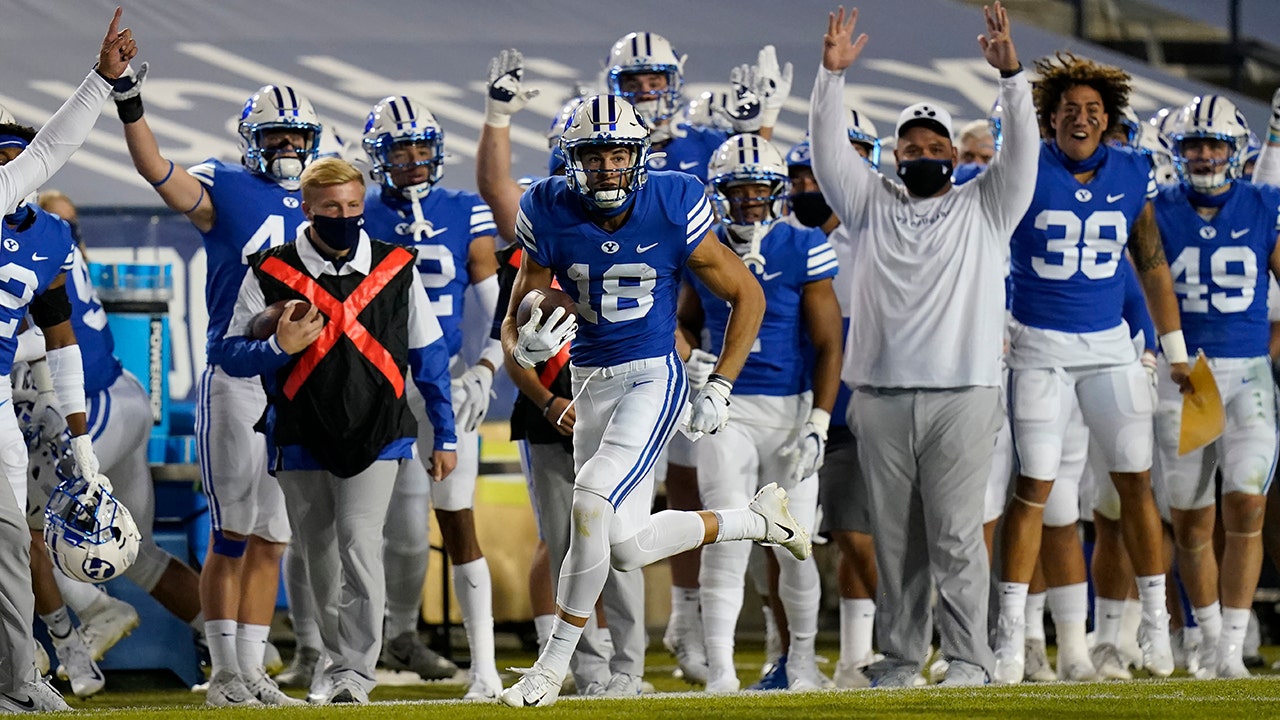 Oklahoma dropped out of The Associated Press college football poll for the first time since September 2016 and No. 24 Iowa State jumped back into the Top 25 after a day of upsets.

There largely was stability at the top of the rankings Sunday after No. 1 Clemson, No. 2 Alabama, No. 3 Georgia and No. 4 Florida all won big, though the Bulldogs and Gators switched spots. Clemson received 52 first-place votes and Alabama got eight from the panel of sports writers and broadcasters.

Notre Dame was idle and held at No. 5, while No. 6 Ohio State received two first-place votes despite no Big Ten Conference games scheduled until late October.

Overall, though, five teams dropped out of the Top 25 after eight ranked teams lost Saturday, six to unranked opponents.

The Sooners were involved in one of those upsets, losing at Iowa State for the first time since 1960. Oklahoma’s first two-game, regular-season losing streak in 21 years snapped its string of 64 straight poll appearances.

That was the fourth-longest active streak in the country behind Alabama, Ohio State (not including the polls in which it was not eligible) and Clemson.

The Sooners will head into their Red River rivalry game against Texas next Saturday as an unranked team for the first time since 2005.

The 22nd-ranked Longhorns managed to hold on to a spot in the rankings, falling 13 spots after losing at home to TCU.

Ohio State’s streak is up to 134, but it now comes with a caveat. The Buckeyes were ineligible to be ranked in the first two regular-season polls of this season because the Big Ten had postponed its football season. When the Big Ten (and other conferences) reversed course and decided to play, those teams became eligible again and the Buckeyes were back.

— UCF took the biggest fall among the five teams to drop out of the rankings, going from 11th to unranked and snapping a streak of 33 straight appearances.

— Mississippi State followed up its upset of LSU by losing to Arkansas at home. The Razorbacks snapped a 20-game SEC winning streak and the Bulldogs dropped from No. 16 to others receiving votes.

— Pitt stumbled at home to North Carolina State and dropped out.

— Memphis fell from the rankings after losing to SMU.

— No. 23 Louisiana-Lafayette returned to the rankings without playing. It has been quite an early season for the Ragin’ Cajuns, who last month made their first appearance in the AP Top 25 since 1943 by winning at Iowa State.

The return of Big Ten and Pac-12 teams to the rankings, combined with a couple of close victories against Sun Belt rivals, nudged the Cajuns out last week. Suddenly, beating Iowa State is looking impressive again.

— No. 19 Virginia Tech got bumped by the Big Ten teams last week, but after winning another game shorthanded, the Hokies are back in.

— No. 25 Minnesota was No. 19 in the preseason but didn’t return to the AP Top 25 last week when the Big Ten became eligible again. Having star receiver Rashod Bateman opt back in and become eligible helped win over some voters.

— No. 15 BYU has its best ranking since 2009, when the Cougars briefly broke into the top 10 early in the season by upsetting Oklahoma.

This BYU squad hasn’t played an opponent as notable as the Sooners yet, but no team in the country has been more dominant. The Cougars have outscored Navy, Troy and Louisiana Tech by a combined 148-24.

— No. 8 North Carolina moved up four spots to match its best ranking since 2015.

— No. 10 Oklahoma State took advantage of the the eight ranked teams losing to jump seven spots after beating Kansas.

— No. 14 Tennessee was another beneficiary of a tumultuous week for ranked teams. The Vols moved up seven spots after beating Missouri.

No. 7 Miami at No. 1 Clemson. It’s about to get real for the Hurricanes.

No. 4 Florida at No. 21 Texas A&M. Aggies return home from Alabama, hoping for better against the Gators.

No. 14 Tennessee at No. 3 Georgia. Vols get a chance to make a statement against a Georgia team that looked scary good against Auburn.

No. 19 Virginia Tech at No. 8 North Carolina. What could the Hokies do at full strength?