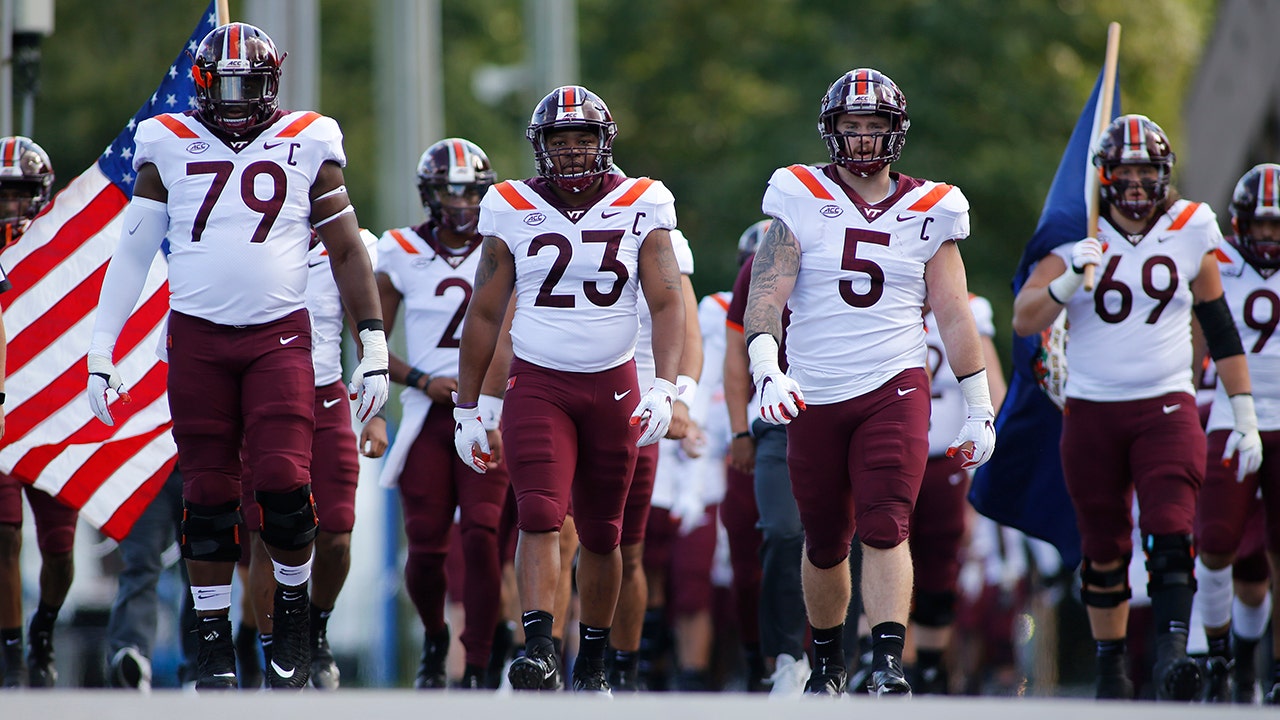 Khalil Herbert ran for 208 yards and two touchdowns, including a 60-yard score with 2:20 left, to help shorthanded Virginia Tech hold off Duke for a 38-31 win on Saturday.

The Kansas graduate transfer’s huge day included an 83-yard kickoff return that set up a short third-quarter scoring drive for the Hokies (2-0, 2-0 Atlantic Coast Conference). They were down 21 players and two full-time coaches due to a combination of coronavirus and injury issues after similar trouble for last weekend’s win against North Carolina State.

“I’m not sure I can put into words how difficult what we’ve been dealing with is,” Virginia Tech coach Justin Fuente said.

Herbert certainly helped on that front. His huge kickoff return came immediately after a third-quarter Duke touchdown for a 14-10 lead, while his other rushing score was a 23-yard sprint around the left side for a 31-21 lead with 9:58 left.

“His vision is amazing and he’s really explosive when he finds that hole,” said Braxton Burmeister, who scored on two keepers for the Hokies.

The Hokies’ defense — with the secondary among the hardest-hit positions — also came up big by forcing a three-and-out after Burmeister lost a fumble to give Duke a chance for the lead with 4½ minutes left.

Herbert took care of the rest, breaking loose around the left side again for the 60-yarder for a 38-28 lead while cracking the 200-yard mark to essentially seal this one.

But the Blue Devils didn’t hold that lead long. Herbert answered with his huge kickoff return — it was originally ruled a touchdown before a replay review confirmed he stepped on the sideline — that set up a short go-ahead score from Burmeister.

Chase Brice threw for 271 yards and a touchdown for Duke, off to its worst start in 14 years.

Virginia Tech: The Hokes have won twice despite some tricky circumstances. They were down 23 players and two full-time coaches for last week’s win against N.C. State. That number dipped slightly this time, but their strong ground game did not. The Hokies ran for 314 yards last week then surpassed that total with 324 more against the Blue Devils.

“It definitely gives us some confidence,” Herbert said, adding: “It’s going to help set up the rest of our offense, so I think that definitely helps us down the road.”

Duke: The Blue Devils entered this one with their worst start since a winless 2006 season before Cutcliffe’s arrival, which transformed the program into a regular bowl participant after years of struggle. They were in this one until the final minutes, but couldn’t take advantage of their best late opportunity.

“The only thing is to finish,” safety Michael Carter II said. “We finish, we win the game.”

The Blue Devils had been turning the ball over at an alarming rate, entering with 14 turnovers for the highest total of any Bowl Subdivision team. This time, the Blue Devils had just one — and not coincidentally had their best scoring output of the season — but it wasn’t quite enough to pull this one out.

“We had too many self-inflicted wounds that stopped some drives and momentum that we need to clean up,” Brice said. “Not turning the ball over as much gives us a chance to compete and win a game like that.”

Virginia Tech defensive back Tyler Matheny got a chance for a big role in the shorthanded secondary. The redshirt sophomore had seven tackles and an interception on Brice’s tipped pass.

Virginia Tech: The Hokies visit No. 12 North Carolina next Saturday.