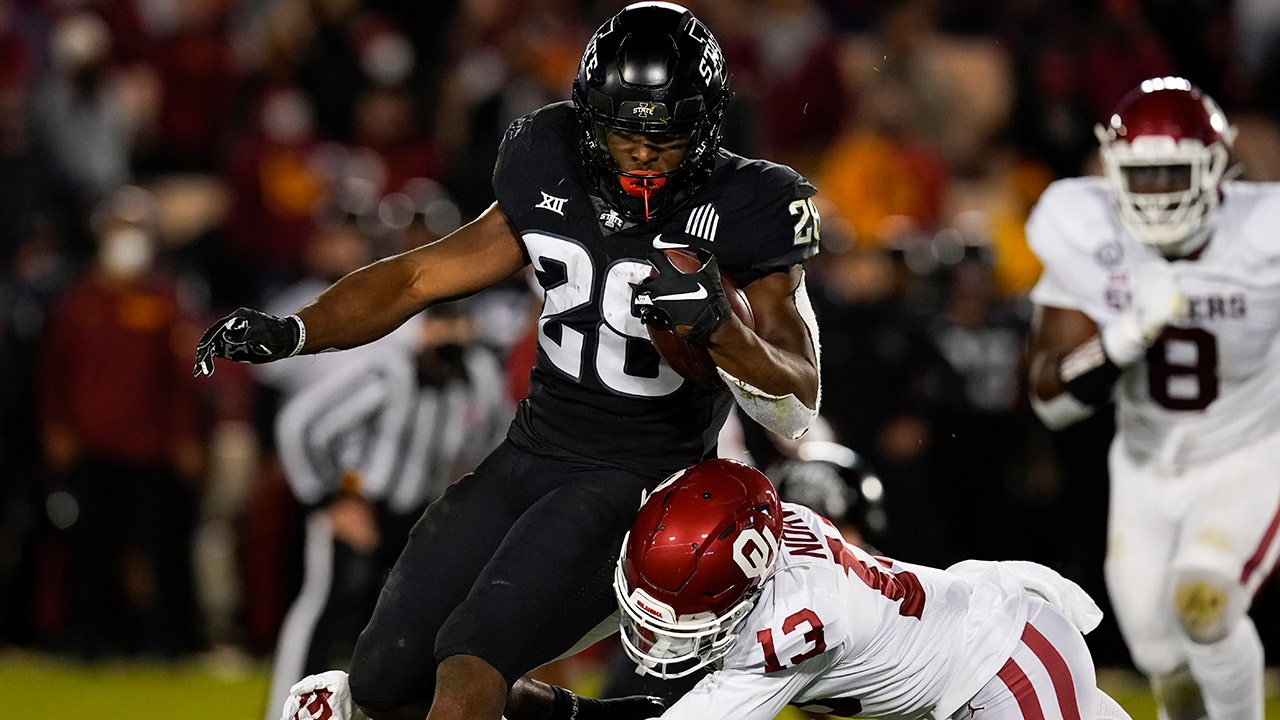 It was another milestone win for Matt Campbell’s rising program at Iowa State. For Oklahoma, it was another crushing loss.

“It was a great feeling to pull a W out and make history,” Young said.

The win was celebrated by a crowd of 13,724 at Jack Trice Stadium. No fans were allowed for the Sept. 12 loss to Louisiana-Lafayette.

“It was definitely noticeable,” Purdy said of the crowd. “Obviously, when you have explosive plays it’s nice to have people behind your back and going crazy.”

Isaiah Thomas seemed to turn momentum in the Sooners’ favor when he sacked Purdy, causing him to fumble at the Cyclones 39. Four plays later, Rattler found Jeremiah Hall for a 4-yard touchdown pass that put Oklahoma up 30-23 with 8:17 left.

“If you ask me, that’s the play of the game,” Campbell said. “If that doesn’t happen, I don’t know what the outcome is.”

Rattler had played a strong game, committing no turnovers before Young stepped in front of his pass to Charleston Rambo to secure one of Campbell’s biggest wins in in Ames.

“We were one play short,” he said. “Obviously, our back is against the wall as a football team. We know that, we accept that. Our guys are hurt.

“Most of our guys haven’t experienced a start to the season like this. It’s still about how you respond. I believe I know how this group will. Despite the sickening feeling in my stomach right now and how disappointed we are, we know there are the makings of a good football team in there right now. I’ll continue to ride with this team. There are a lot of guys who are down, but they aren’t out of the fight.”

Oklahoma: Defense is still a problem. A week after failing to protect a 21-point, third-quarter lead against Kansas State, the Sooners were gashed by the Cyclones. A prime example came in Saturday’s third quarter. After a defensive holding penalty extended an Iowa State drive, Oklahoma gave up a 65-yard touchdown pass and the Cyclones owned a 23-20 lead.

Iowa State: Purdy completed 12 of 24 passes and the defense came up big when it had to.

Sophomore kicker Gabe Brkic’s school-record streak of 18 consecutive field goals ended just before halftime when his 54-yard try sailed wide right as time expired. Brkic was the only FBS kicker to make all his field goals and point-after attempts in 2019, going 17 for 17 and 52 for 52. He made a 51-yarder early in the fourth quarter to even the score at 23.

The Sooners began the season as a playoff contender and were No. 3 before losing to Kansas State. They likely will fall out of the Top 25.