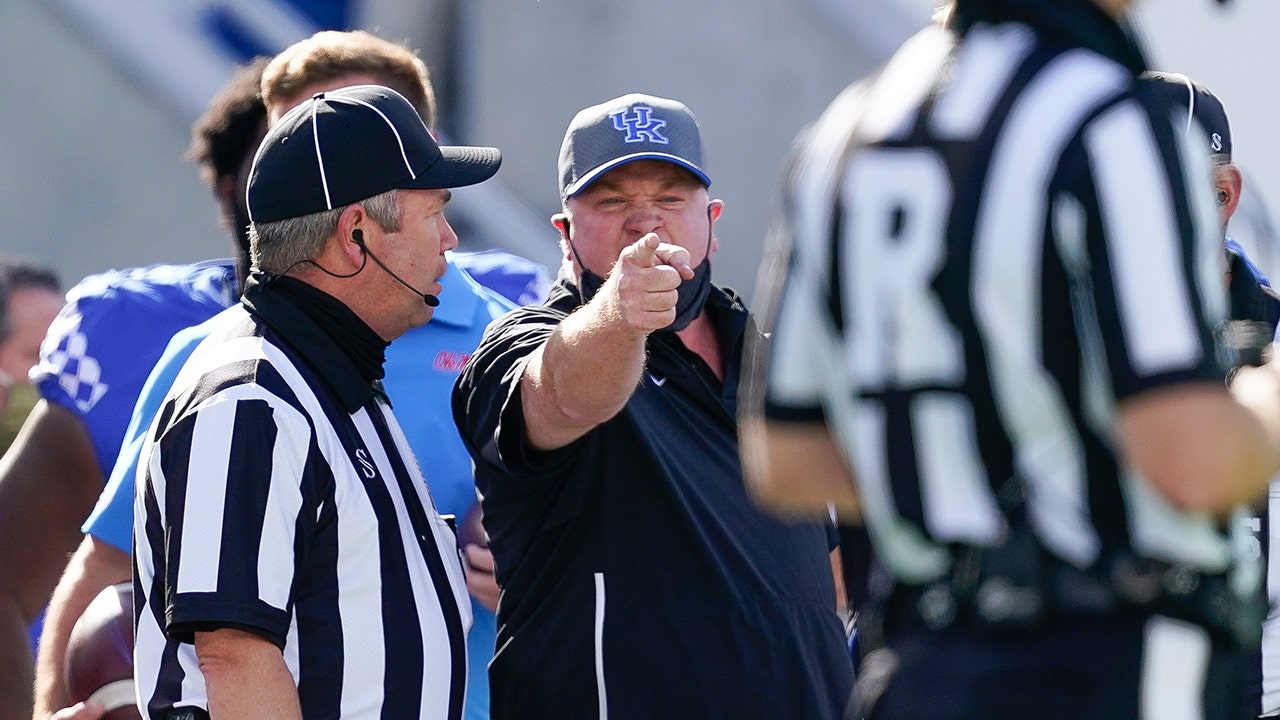 Kentucky football coach Mark Stoops was angered over the Wildcats’ overtime loss to Ole Miss on Saturday and ran after the referees as they were walking off the field.

In a hard-fought game, Kentucky came away with the 42-41 loss. A questionable pass interference call gave the Rebels good field position to score a touchdown. Ole Miss did just that and won the game with a successful point after touchdown attempt.

Stoops then ran after the referees, fixed his mask and was giving them a piece of his mind. According to Saturday Down South, it appeared Stoops may have made contact with an official. Coaches in the SEC could receive some discipline for making contact with referees.

Video from the end of the game showed Stoops running down the officials but it was unclear whether he made contact with them as the TV cameras cut away from the incident at the last moment.

Kentucky fell to 0-2 with the loss. Wildcats quarterback Terry Wilson was 14-for-18 with 151 passing yards. He also had 129 rushing yards and three touchdowns.

Ole Miss’ Matt Corral was 24-for-29 through the air and had 320 passing yards and four touchdown passes. He also led the Rebels in rushing with 51 yards on 13 carries.