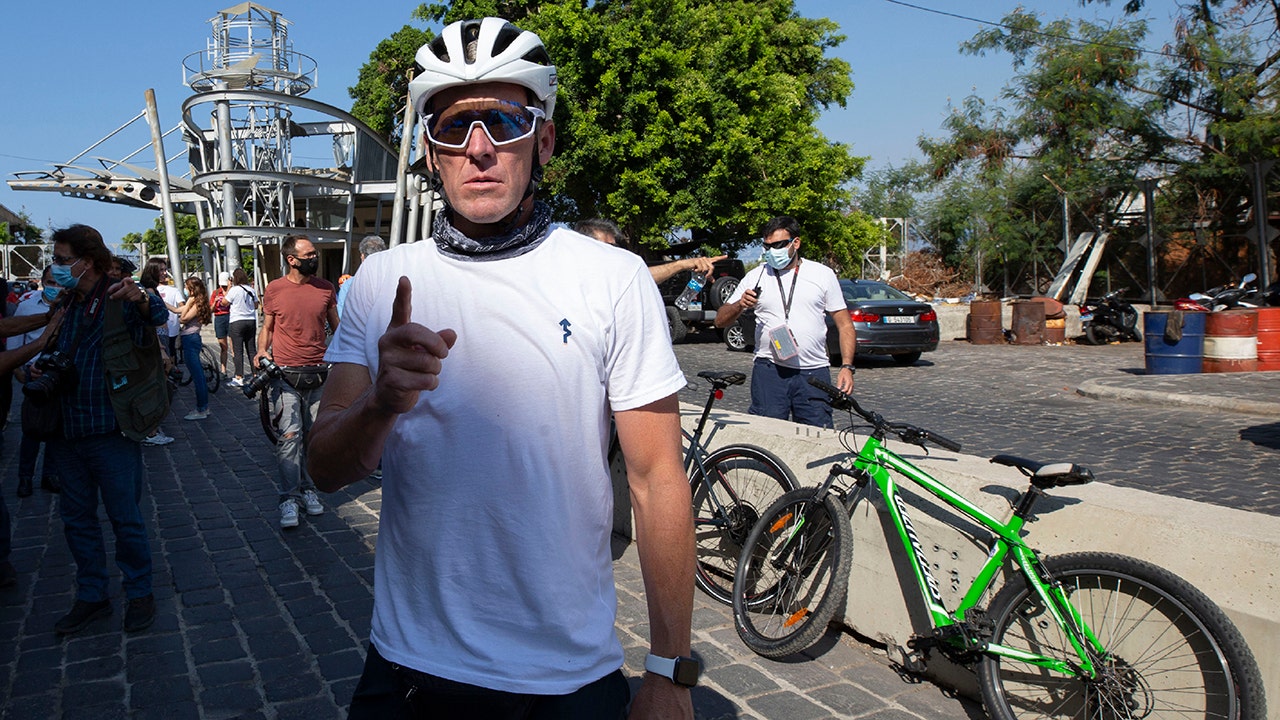 Former American professional cyclist Lance Armstrong led a bike tour around Beirut on Sunday to raise awareness and funds for organizations helping residents affected by a massive explosion that struck the Lebanese capital in August.

Dozens of cyclists took part in the “Bike for Beirut” tour as Lebanon marked two months since the blast at Beirut’s port, where some 3,000 tons of ammonium nitrates were stored for six years before exploding on Aug. 4. It was one of the biggest non-nuclear explosions ever recorded.

“Today we’re starting here, I guess not very far from the actual explosion site,” Armstrong said outside the port. He added that the bike tour aimed to “try to bring some awareness to this community, to the people affected.”

The blast killed 193, wounded about 6,500 and caused billions of dollars in damage. It decimated the port facility and thousands of apartments in the city. It also came as Lebanon is grappling with its worst economic and financial crisis in decades, made worse by the spread of the coronavirus.

The group of cyclists later entered the port and passed close to the huge crater where, before the explosion, the ammonium nitrates were stored. They then continued the tour around Beirut.

Among the four organizations that the tour is collecting money for are the Lebanese Red Cross and the charity group Offrjoie.

Armstrong built a world-wide following during his professional career winning races, including the the Tour de France seven times, and fighting cancer.

However, his reputation crumbled abruptly several years ago following revelations he used performance-enhancing drugs. Armstrong had already retired, but the confession shattered the legacy of one of the most popular sports figures in the world.

Later Sunday, hundreds of people gathered near the port to mark the blast’s two-month anniversary. At 6:07 p.m., the time when the explosion tore through the city, they released scores of white balloons with victim’s names on them.

Some victims’ relatives briefly blocked the main highway that passes near the port, demanding that the results of the investigation be made public.

More than two dozen people, mostly port and customs officials, have been detained so far. The judge in charge of the investigation has questioned top security officials, former Cabinet ministers and port employees.