Odell Beckham Jr. scores dagger TD as Browns get their swagger back vs. Cowboys

Odell Beckham Jr. scores dagger TD as Browns get their swagger back vs. Cowboys 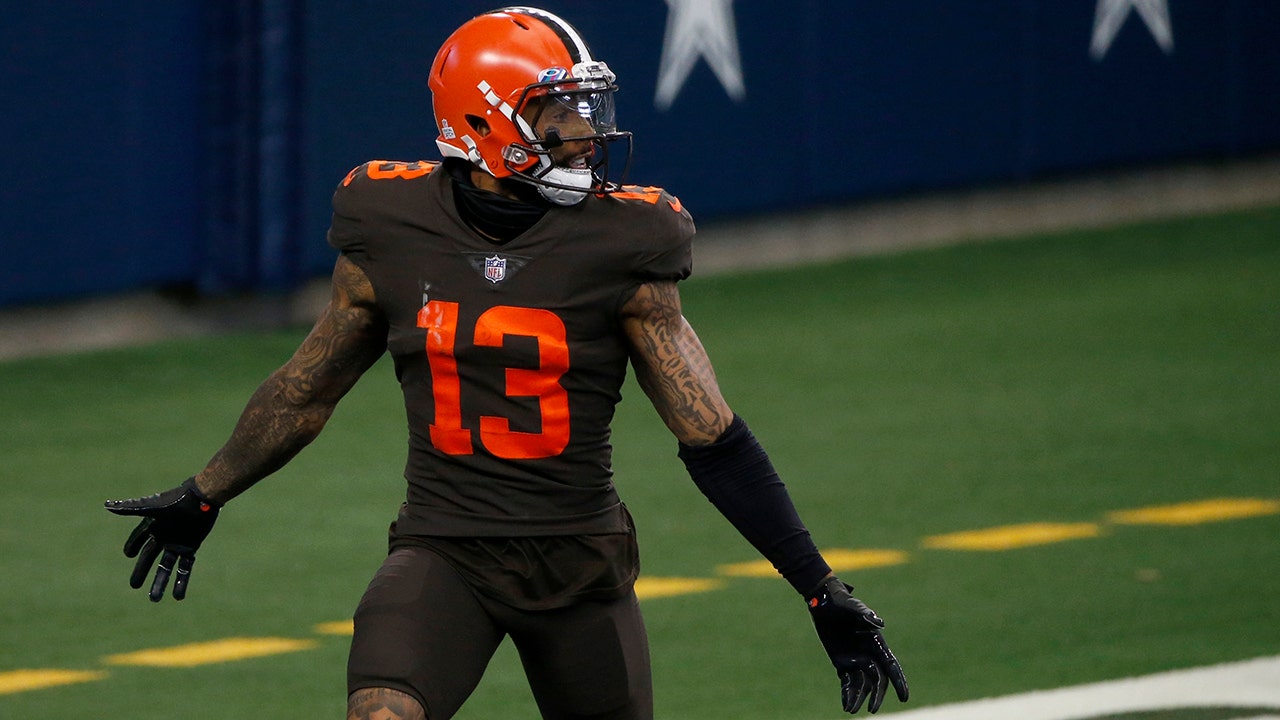 Odell Beckham Jr. reminded the NFL why he is still one of the best players in the league – in case anyone forgot.

Beckham capped off one of his best games with the Cleveland Browns with a 50-yard rushing touchdown on a reverse to put the icing on the win over the Dallas Cowboys.

Beckham looked to have been gobbled up for a loss before he blew by a defender behind the line of scrimmage and then threw the Swiss cheese Dallas defense for the score.

It was the wide receiver’s third touchdown of the game.

It wasn’t for lack of trying on the Cowboys’ part. The team was down 31-14 at half time and were scoreless in the third quarter. Dallas put up 24 points on Cleveland in the fourth quarter and may have had a chance to tie the game if it weren’t for the Beckham touchdown dagger.

Dak Prescott was 41-for-58 with 502 passing yards, four touchdown passes and a game-ending interception. It was the third straight game he’s thrown for more than 450 passing yards and the first time he threw for more than 500 yards in a game.

For the Browns, it was about separating from mediocrity.

Kevin Stefanski picked up his third win of his head-coaching career. He tied former coach Hue Jackson who only had three coaching wins in 2 1/2 seasons with the Browns.

Dallas dropped to 1-3 with the loss.