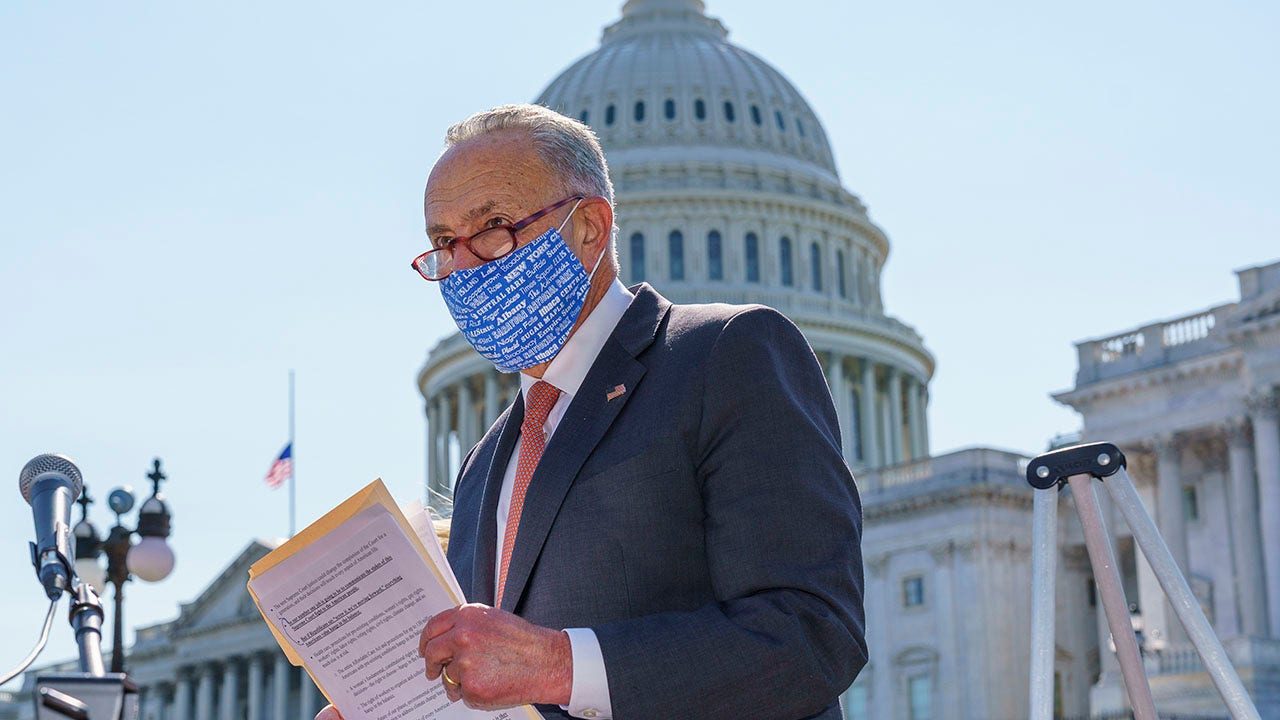 Majority Leader Mitch McConnell, R-Ky., on Saturday said the Senate would not meet as planned this week after Sens. Mike Lee, R-Utah, Thom Tillis, R-N.C. and Ron Johnson, R-Wis., tested positive for COVID-19 over the weekend.

Tillis and Lee, who have said they will self-isolate for 10 days, are both members of the Senate Judiciary Committee.

Their COVID-19 diagnosis came shortly after Trump announced early Friday that he and first lady Melania Trump had tested positive for the coronavirus.

But despite the increase in confirmed coronavirus cases on Capitol Hill – where lawmakers and their staffers are not required to be routinely tested – Republican leaders signaled they would move forward with their efforts to confirm Judge Amy Coney Barrett before the Nov. 3 presidential election.

“The Senate’s floor schedule will not interrupt the thorough, fair and historically supported confirmation process previously laid out,” McConnell said in a statement.

The Senate Judiciary Committee is slated to begin four days of confirmation hearings on Oct. 12, a move that Schumer condemned as nonsensical.

“Mitch McConnell seems to be jamming through the hearings on Amy Coney Barrett, even though three senators have COVID, even though he has said it is not safe for the Senate to meet in sessions,” he said. “But it’s OK to have the hearings. It makes no sense.”

He continued: “For Mitch McConnell to go ahead with the hearing endangers the safety of not only senators, but staff on the Hill. There is no reason on God’s green earth why this shouldn’t be delayed.”

Trump nominated Barrett Sept. 26 in the wake of Justice Ruth Bader Ginsburg’s death. If Republicans confirm Barrett, it would tilt the bench 6-3 in favor of conservatives.

Democrats have criticized Republicans’ decision to fill the seat before the Nov. 3 presidential election as hypocritical after McConnell in 2016 refused to hold a Senate vote on Merrick Garland, who was nominated to the court by former President Barack Obama after the death of Justice Antonin Scalia.

McConnell held the seat open until after the election and inauguration of Trump in 2017. Justice Neil Gorsuch was nominated and later confirmed in April 2017.

GOP senators contend this year is unlike 2016 because the same party controls both the White House and the Senate.

Democrats cannot stop Barrett’s nomination without a Senate majority, but senators have readied tactics to disrupt and obstruct the process for as long as they can using a wide range of procedural tools.

That could include invoking the so-called “two-hour rule” – a move that halts all committee business after the Senate has been in session for longer than two hours – along with delaying a final committee vote by one week, denying a quorum or even impeaching the president, among other tactics.

“We will use every tool in the toolbox to delay and not have the votes occur,” Schumer said.