Supporters gather for Prayer vigil for Trump outside Walter Reed

Supporters gather for Prayer vigil for Trump outside Walter Reed 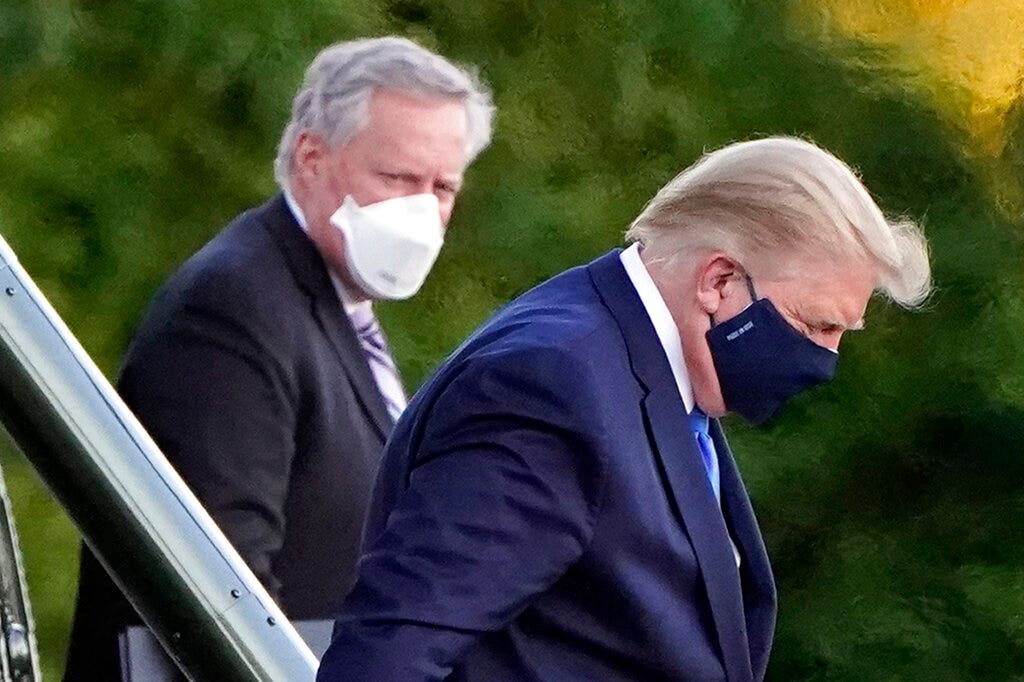 President Trump supporters lined up in front of Walter Reed Hospital Saturday evening, to show support for Trump who was recently diagnosed with coronavirus.

Dozens of people gathered for an event hosted by ‘Women for America First’, with Trump 2020 signs for a prayer vigil Saturday night.

President Trump was admitted to Walter Reed Friday after he announced that he and the First Lady had tested positive for the coronavirus.

Trump was later sent to the hospital and placed on oxygen, but White House physician Dr. Sean Conley assured the public he was “extremely happy with the progress” the president was making.

Though a senior administration official told Fox News that, “Early indications are for an extremely good prognosis – but the next 48 hours will be critical.”

Amy Kramer, the founder of the hosting organization, encouraged people that could not attend the candle-light pray vigil Saturday night, to “Light a candle in your home and pray,” in a tweet.

Trump has received two doses of Remdesivir so far, an anti-viral drug that has been approved by the FDA to help treat the coronavirus.

“If you look at the therapeutics which I’m taking right now some of them and others that are coming out soon that are looking like, frankly they’re miracles,” Trump said in a video posted to his Twitter Saturday night.

“I don’t know the next period of a few days, I guess — that’s the real test so we’ll be seeing what happened over those next couple of days,” he added.

Questions regarding Trump’s ability to continue campaigning in the lead up to the election, just weeks away, have surfaced.

And congressional Democrats have used the president’s illness to suggest delaying the confirmation hearings of Trump’s Supreme Court nominee, Amy Coney Barrett – though GOP senators have said Trump’s diagnosis will not slow down any congressional procedures.

But both Republicans and Democrats have voiced their support and well wishes for a “speedy recovery” on Twitter.

The social media platform was quick to address negative tweets voicing support for the president succumbing to the virus that has already killed more than 209,000 Americans and infected over 7.3 million in the U.S.

“Tweets that wish or hope for death, serious bodily harm or fatal disease against anyone are not allowed and will need to be removed,” a Twitter spokesperson posted following the announcement that the president had been submitted to the hospital.

Adam Shaw and John Roberts contributed to this piece.