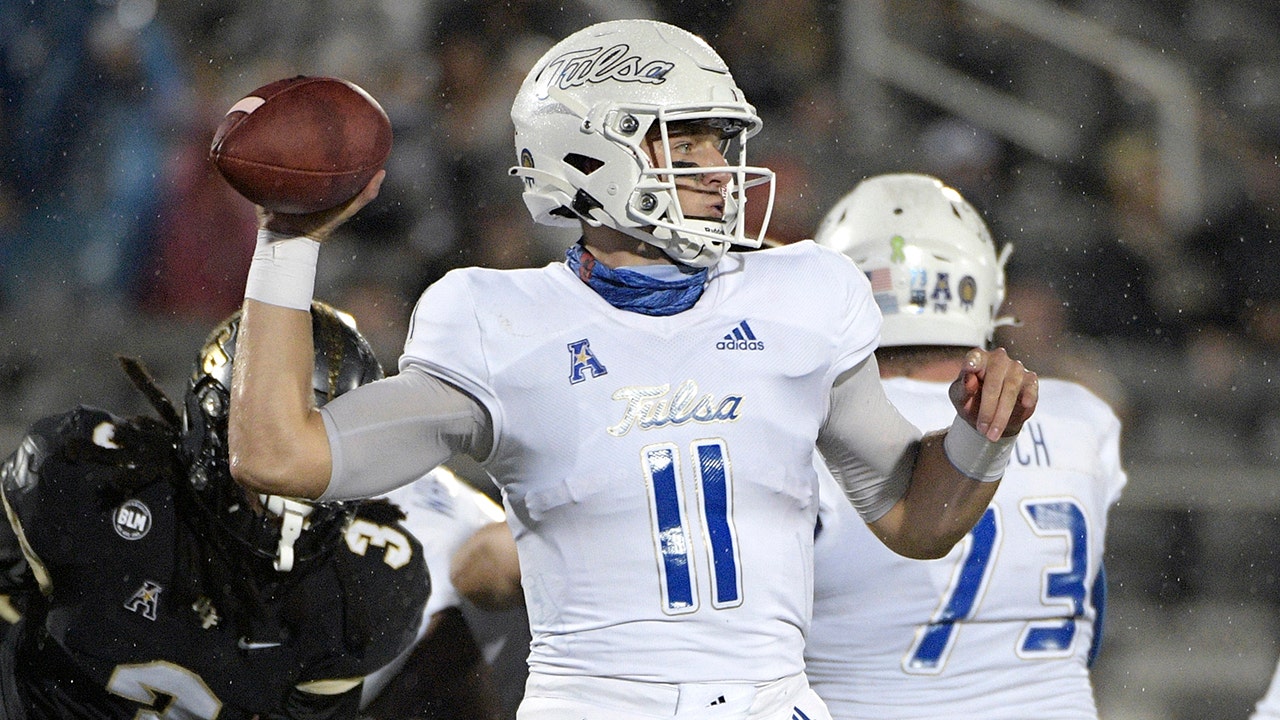 There is something about UCF that brings the best out of Tulsa.

The Golden Hurricane (1-1) made it two straight wins over UCF (2-1), which was plagued by penalties (18 for 124 yards) and turned the ball over three times.

“New year, new season,” Tulsa coach Philip Montgomery said. “We’ve got a lot of talent on this football team. On the road in a tough environment … I’m proud of these guys for sticking together. We’ve always been a gritty, tough, hard-nosed football team and we proved that again tonight.”

UCF (2-1) drove into Tulsa territory, but after a holding penalty pushed the Knights out of the red zone Dillon Gabriel’s Hail Mary pass fell incomplete.

Gabriel was 28-of-51 for 330 yards with a touchdown and an interception.

“There were opportunities in the game that we didn’t take advantage of,” Gabriel said. “I put this on me. There has to be better QB play. I have to execute at a higher level.”

Tulsa was the last team to beat UCF at home with a 35-20 win on November 19, 2016, when Scott Frost was the Knights’ head coach. The Golden Hurricane also upset UCF last season 34-31 in Tulsa.

“I thought we found ways to run the football, we got some explosive runs,” Montgomery said. “And we found ways to protect Zach and give him time. Our offensive line and tight ends did a fantastic job to help us push the ball down the field.”

UCF led 23-5 with 1:39 left in the second quarter after Cole Schneider, the Knights’ starting left guard, lined up at fullback and scored on a 1-yard run. Tulsa answered quickly to make the score 23-12 at halftime when Josh Johnson hauled in a 48-yard touchdown pass from Smith.

Tulsa recovered a fumble on the opening kickoff of the second half and on the next play Smith threw a 34-yard touchdown pass to Sam Crawford Jr. to make it 23-19. After UCF got a 26-yard field goal from Daniel Obarski, Wilkerson scored on a 2-yard run to make it 26-25, and Tulsa missed the PAT.

“Turnovers were huge in the football game,” UCF coach Josh Heupel said. “We gave up the one play at the end of the half. We had a turnover on the kickoff. At the end of the day all three facets of the game have to work together. We have to play better complementary football.”

Tulsa: The Golden Hurricane have two wins over UCF in their past five games.

THERE’S A FLAG ON THE PLAY

Many of UCF’s 18 penalties were pre-snap infractions. The Knights had 19 false start penalties in the past two games.

“Offensively you start moving and then you get yourself behind the chains,” Heupel said. “Eventually you’re not going to be able to overcome those things and it costs us a ball game tonight.”

The first quarter featured safeties from both teams. UCF linebacker Eriq Gilyard tackled Smith in the end zone on QB keeper to give the Knights a 9-0 lead with 7:35 remaining in the quarter.

Tulsa returned the favor when linebacker Zaven Collins stopped Otis Anderson in the end zone to make it 16-2 with 2:16 remaining.

UCF wide receiver Marlon Williams stayed on the ground for several minutes after the final play before leaving the field with assistance.

Tulsa will host Cincinnati on October 17.

UCF will travel to Memphis on October 17.