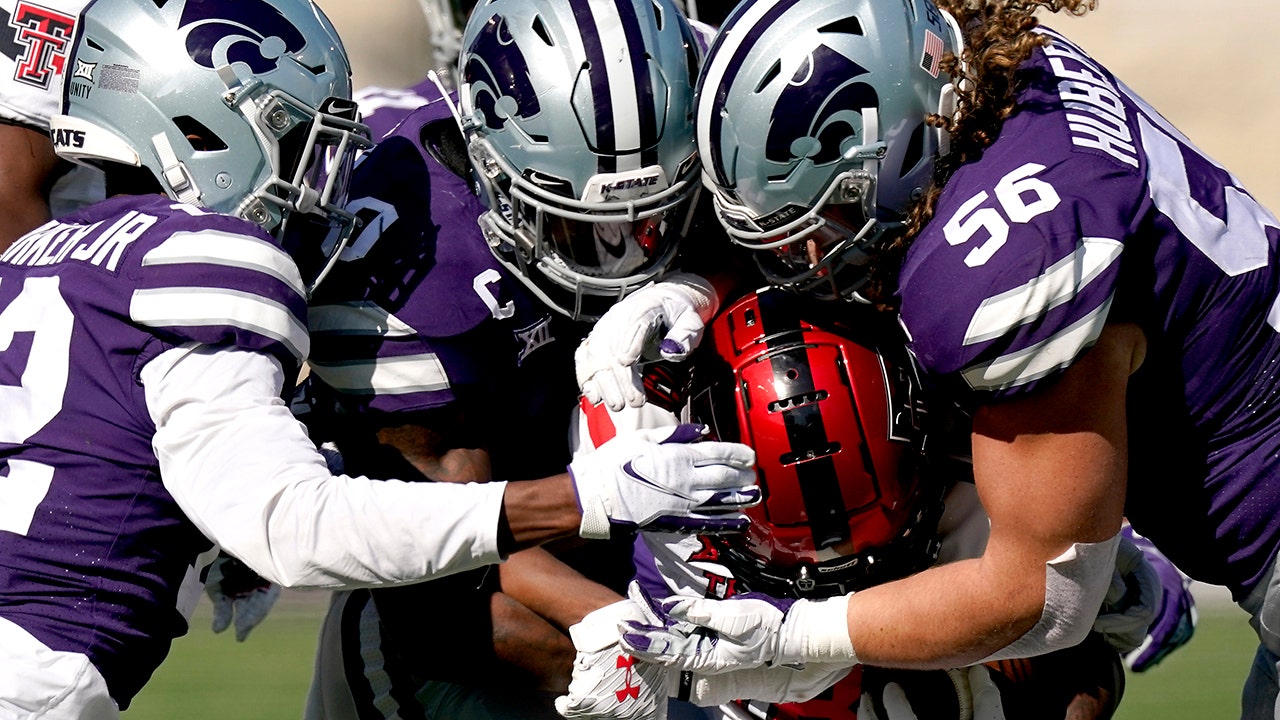 Deuce Vaughn had a rushing touchdown and another receiving, Will Howard threw for 173 yards and a score and Kansas State held off Texas Tech for a 31-21 win Saturday.

Up 24-21 with two minutes left, Howard found Vaughn across the middle on third down for a 70-yard touchdown pass to seal the win.

Henry Colombi threw for 244 yards and two touchdowns, Xavier White added 113 yards rushing and a score on 12 carries for Texas Tech, which lost its ninth game in 10 tries against the Wildcats.

Colombi had one big mistake despite an efficient performance, throwing into double coverage on a drive deep in Wildcat territory which was intercepted by Jahron McPherson late in the fourth quarter.

Both starting quarterbacks spent more time in the locker room than the field after suffering injuries in the first half.

Red Raiders QB Alan Bowman left the game after he took a hit to his right leg midway through the first quarter and didn’t return.

Halfway through the second quarter, Kansas State’s Skylar Thompson was hit and injured his right arm. He watched the second half from the sideline in a sling after going 5 of 10 for 33 yards and a passing touchdown.

Highly-touted freshman Will Howard, who took over for Thompson, completed 7 of 12 passes and looked poised in first game as a Wildcat.

Kansas State (2-1, 2-0 Big 12) blocked a punt for the third straight game and took advantage two plays later with a 12-yard touchdown pass from Thompson to Briley Moore which opened up the scoring.

It was Moore again in the fourth quarter who eluded two defenders for a 66-yard catch and the Wildcats scored on the next play on a 4-yard TD run by Harry Trotter to regain the lead 24-21.

Colombi looked capable of carrying the offense for Texas Tech, but they’ll welcome Bowman back as soon as he is ready.

Kansas State suffered many injuries, but still battled for their first 2-0 start in Big 12 play since 2014.