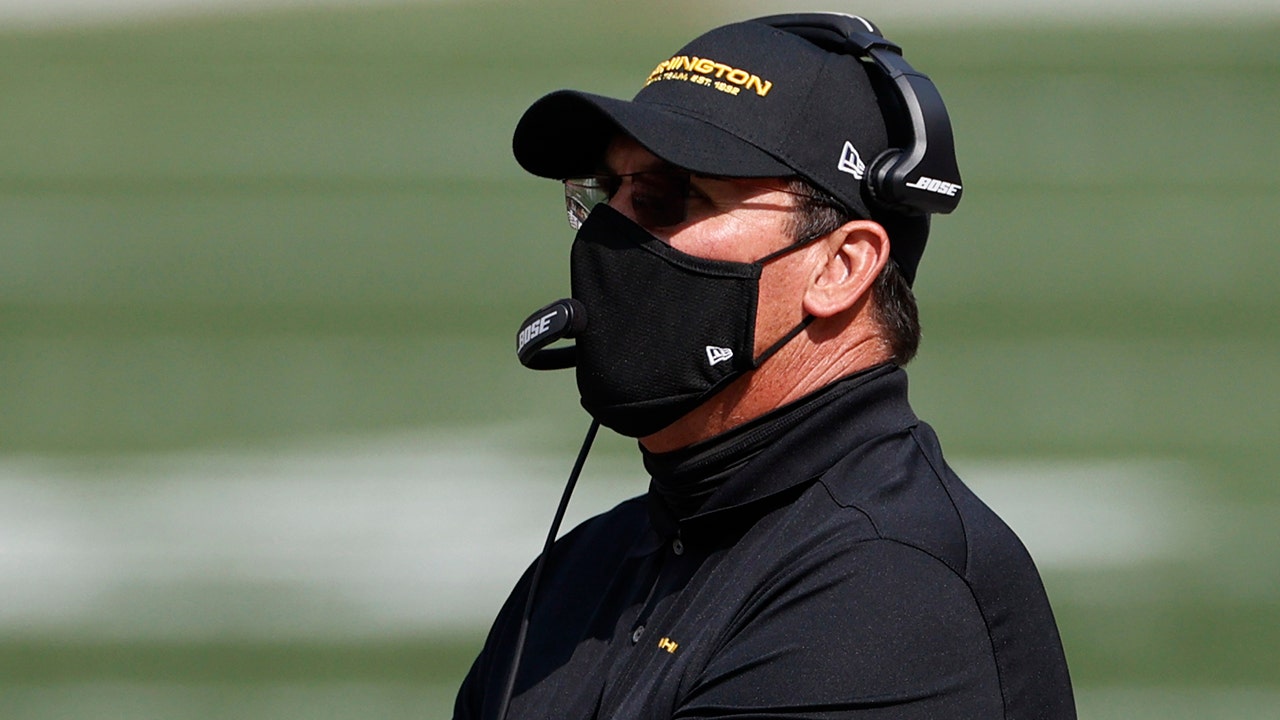 Washington Football Team players showed support for coach Ron Rivera, who is undergoing cancer treatments, ahead of their matchup against the Baltimore Ravens on Sunday.

Rivera told ESPN before the game that seeing his own health care costs made him wish that everyone in America could be afforded the same care as him.

“It speaks to the value and the need of proper medical for our country,” Rivera said. “Going through the things I’m going through and seeing what these things cost, you just hope everybody is protected and covered. You really do.”

BUCCANEERS’ BRUCE ARIANS ON POSSIBLE PENALTIES FOR YELLING AT REFS WITHOUT MASKS: ‘WE’VE GOT ENOUGH RULES’

Rivera understands the seriousness of the cancer treatments. His brother, Mickey, died in 2015 after a two-year battle with pancreatic cancer.

The veteran NFL coach has not wanted his diagnosis or treatments for squamous cell carcinoma to interfere with football.

Defensive coordinator Jack Del Rio has stepped in when necessary. He had 12 years of NFL head-coaching experience from stints with the Jacksonville Jaguars and the Raiders. He also filled in for John Fox with the Denver Broncos when Fox was recovering from heart surgery.