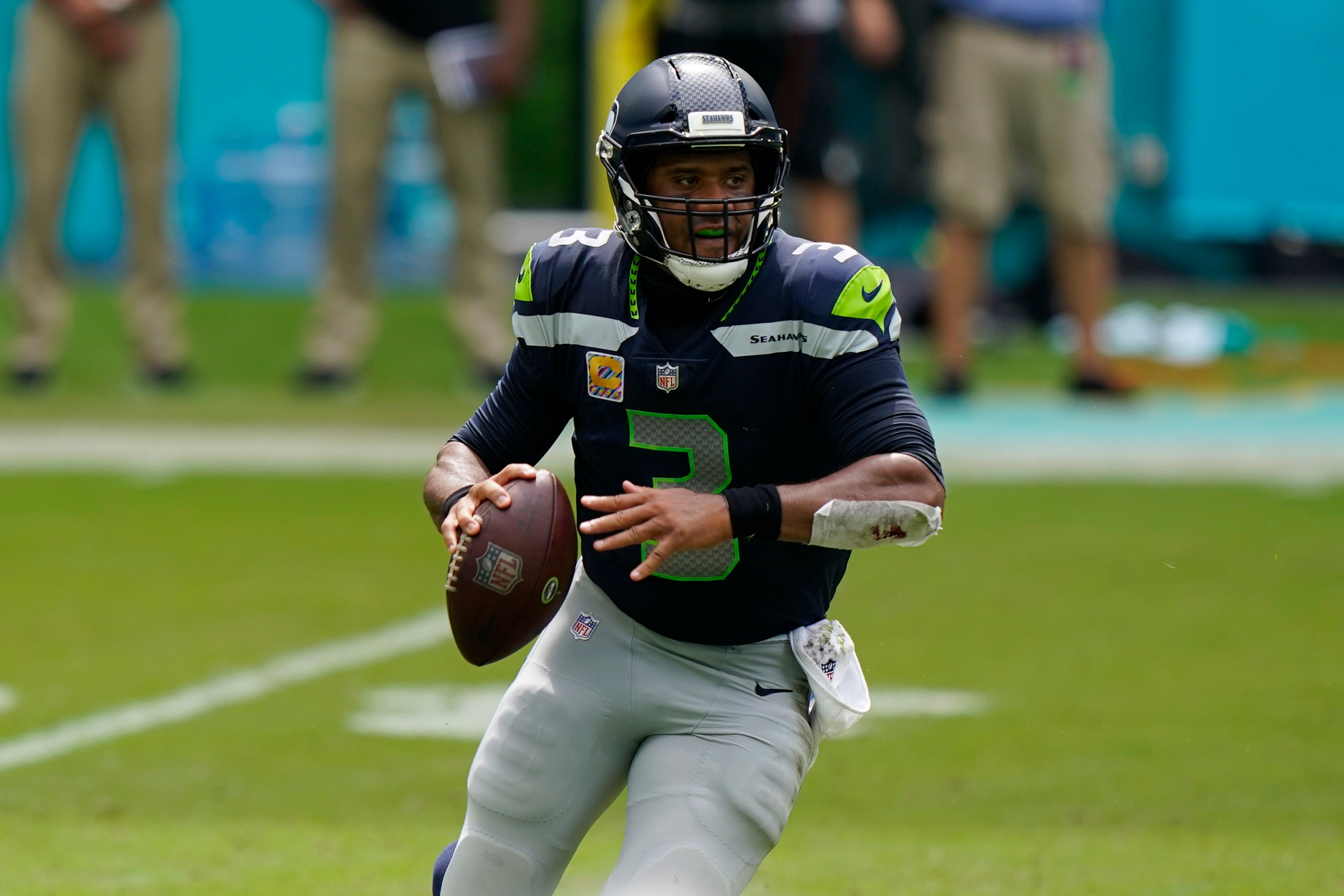 The unbeaten Seattle Seahawks revived their blueprint from years past, winning with repeated defensive stops and one pivotal pass.

Russell Wilson’s record production pace slackened slightly, but his long completion in the final seconds of the first half helped the Seahawks begin to pull away, and they beat the Miami Dolphins 31-23 Sunday.

Wilson threw for 360 yards and two touchdowns, and Seattle improved to 4-0.

“For us to be 4-0 is a huge thing,” Wilson said. ”Just keep winning one game at a time, and that’s what’s really important to us.”

The Seahawks swept their first four games only one other time in franchise history — in 2013, when they won their only Super Bowl. They’ve scored 30 or more points in four consecutive games for the first time since 2015.

But it was defense that made the difference against the Dolphins (1-3), who fell behind as they settled for Jason Sanders field goals on their first five scoring drives.

“We kept them in front of us all day long and made them earn their way,” Seattle coach Pete Carroll said.

Wilson connected with David Moore for 57 yards in the final seconds of the first half to set up a touchdown that gave Seattle a 17-9 halftime lead. First-round draft pick Noah Igbinoghene blew the coverage on the play.

“I knew what to do,” Igbinoghene said. “I just made a mistake.”

The Seahawks’ headsets that went out to start the drive, and Wilson called the plays himself.

“I’m always prepared for those moments. … I know the game plan,” Wilson said. “I know how we want to attack them.”

Wilson, who went 24 for 34, tied Peyton Manning’s record of 16 touchdown passes in the first four games of a season. Manning did it in 2013.

Jet lag and the subtropical heat weren’t issues for the Seahawks. Neither were injuries that left them short-handed in the secondary.

Ryan Fitzpatrick was 29 for 45 and 315 yards but threw two interceptions for Miami. He also rushed for a touchdown and was the leading rusher for Miami with six carries for 47 yards.

“The story of the day was being able to move the ball effectively, and not being able to do anything in the red zone, whether it was a penalty or poor execution or a bad read by me.” Fitzpatrick said. “I felt like there were a lot of guys on our team that played well enough to win. I unfortunately was not one of them.”

DK Metcalf had four catches for 106 yards, Moore had three for 95 yards, and Chris Carson rushed for 80 yards and a pair of touchdowns.

Carson was questionable coming into the game because of a sprained knee.

“Chris is a stud football player and isn’t backing down from anything,” Carroll said.

But the Seahawks were twice blanked on trips to the red zone, including when Xavien Howard intercepted Wilson. Seattle had been 10 for 10 previously this season.

Wilson tossed a 17-yard touchdown pass to Moore to stretch the Seahawks’ lead to 24-15 with 5:24 left in the fourth quarter.

On their next possession, Wilson hit Metcalf with a 32-yard pass to the Dolphins 1, setting up Carson’s second touchdown to make it 31-15.

The announced attendance was 12,369, a bit short of the 13,000 capacity. There were numerous Seahawks jerseys scattered among the crowd.

NOT FEELING THE HEAT

The heat index was over 100 degrees and the temperature was 86 degrees, but it didn’t slow down the Seahawks’ offense.

“It was a tough day today just because it was so hot out there, we being from the Pacific Northwest. Guys just kept battling,” Wilson said.

Four Seahawks players took a knee and five others sat during The Star-Spangled Banner.

The Dolphins stayed in the locker room for the anthem.

Seattle plays host to Minnesota next Sunday. Wilson threw for 240 yards and two scores when the Seahawks beat the Vikings 37-30 last December.

Miami plays at San Francisco for the first time since 2012 next Sunday.