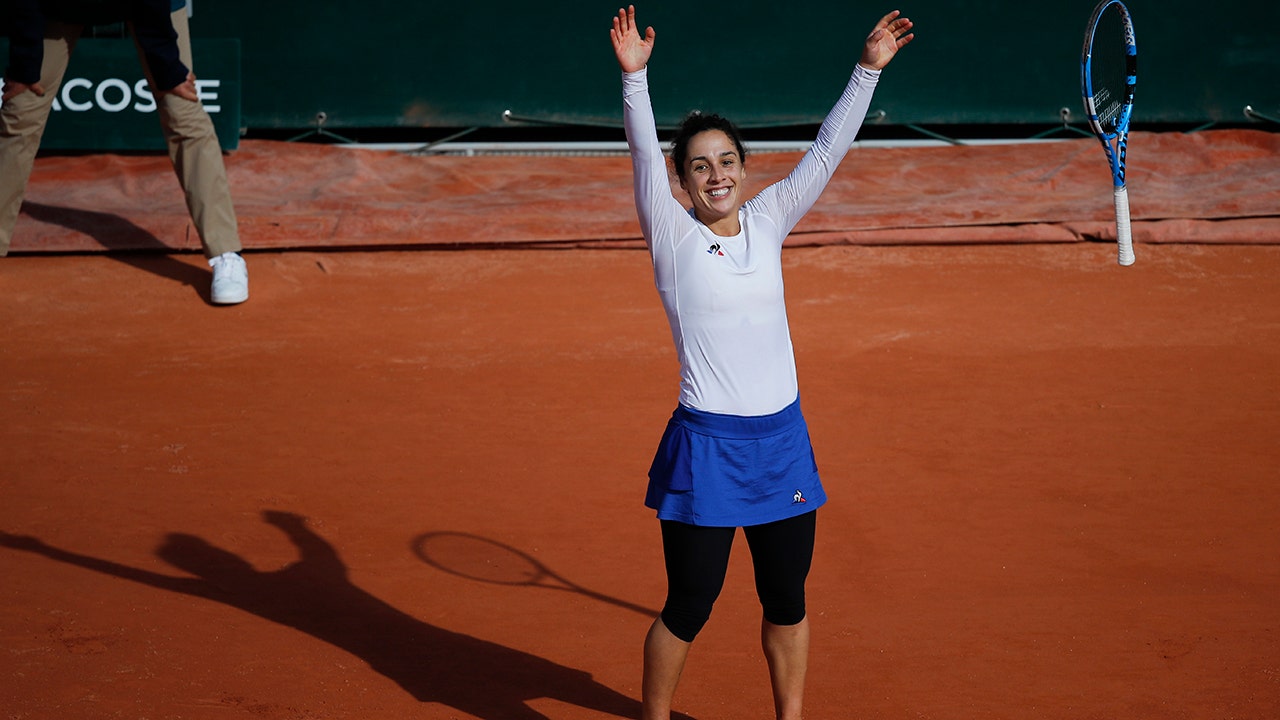 Martina Trevisan has been doing video chats from her hotel room with her mental coach every day along the way to the quarterfinals at Roland Garros, a run the 159th-ranked qualifier acknowledges is “a little” shocking, just not as much to her as to everyone else.

So after Trevisan’s 6-4, 6-4 victory against No. 5 seed Kiki Bertens at Court Suzanne Lenglen on Sunday, which was just as out-of-nowhere at this out-of-nowhere French Open as Iga Swiatek’s 6-1, 6-2 win against 2018 champion and No. 1 seed Simona Halep over at Court Philippe Chatrier, the 26-year-old from Florence, Italy, planned to stick to the routine.

It’s helped her for the past two years, not merely the past two weeks, which also featured unexpected wins over Coco Gauff and 20th-seeded Maria Sakkari.

Trevisan’s tennis coach, Matteo Catarsi, described one of the goals of the sessions with Florida-based Lorenzo Beltrame, whose clientele also includes three-time major semifinalist Johanna Konta, this way: “Not to feel uncomfortable in this environment, like someone who played in Grand Slam qualifying, but to feel like a queen, like a star.”

Trevisan and Beltrame chat. He gives her writing assignments. She works to find the right words to describe her thoughts and buttress her self-belief. The exercise is important for where Trevisan is these days, in her sport and in her life. It’s been quite a journey, one Trevisan said hopes offers others this message: “Don’t ever give up, even in the toughest moments, where it really feels like life wants the worst for you, like it doesn’t care about you at all. Stay strong and seek the light. Because there is light there, and it will arrive.”

A decade ago, shortly after turning 16 but beset by the pressure of others’ expectations, promising prospect Trevisan quit tennis, which her mother teaches and her brother played professionally (her father was a pro soccer player).

She had anorexia, an experience and recovery she discussed in detail in a blog post two months ago.

“I hated my muscular body and I lost weight by adopting a diet that was just enough to survive,” Trevisan wrote, saying she eventually sought help and “re-learned how to eat and to make peace with my wounds and to appreciate my new body.”

Then, having returned to tennis in 2014 from a 4½-year break, having toiled at tiny events offering total prize money of $10,000, having moved up the rankings enough to enter the qualifying rounds at Grand Slam tournaments but failing on her first nine attempts to reach the main draw, she finally made a breakthrough this year.

Trevisan made her debut in a major’s 128-player bracket at the Australian Open in January after making it through qualifying, exiting from the first round with a straight-set loss to eventual champion Sofia Kenin.

Trevisan learned, though, that she was ready to compete with the best.

While Rafael Nadal overwhelmed qualifier Sebastian Korda 6-1, 6-1, 6-2 — the 20-year-old American, whose father won the 1998 Australian Open, was so star-struck he asked his idol for an autograph after the rout — and U.S. Open champion Dominic Thiem held off French wild-card entry Hugo Gaston 6-4, 6-4, 5-7, 3-6, 6-3, the unpredictable outcomes kept arriving at Roland Garros in the fourth round Sunday.

U.S. Open runner-up Alexander Zverev lost 6-3, 6-3, 4-6, 6-3 to 19-year-old Jannik Sinner of Italy, then said he had a fever and was short of breath, two symptoms that raise red flags during a coronavirus pandemic that postponed the French Open from May-June to September-October.

Sinner is the first man to reach the quarterfinals in his debut in Paris since — yes, you guessed it — Nadal 15 years ago and now faces the 12-time champion. Thiem, runner-up to the King of Clay the past two years, plays No. 12 seed Diego Schwartzman, a 6-1, 6-3, 6-4 winner against Lorenzo Sonego.

In the other women’s matches, No. 3 Elina Svitolina beat Caroline Garcia 6-1, 6-3 and next takes on Nadia Podoroska, a qualifier from Argentina who is ranked 131st and eliminated Barbora Krejcikova 2-6, 6-2, 6-3.

Like Trevisan, Podoroska never had won a Grand Slam match until this event.

The 54th-ranked Swiatek, a 19-year-old from Poland who ended Halep’s 17-match winning streak, also will be making her Slam quarterfinal debut when she meets Trevisan.

“Nobody surprises anybody anymore,” said two-time major champion Halep, who had to be taken aback at least a tad, considering she defeated Swiatek 6-1, 6-0 in 45 minutes a year ago in Paris.

Trevisan tossed her racket after closing out the biggest win of her career with a backhand lob she couldn’t see land; she knew the match was over when she saw the expression on 2016 French Open semifinalist Bertens’ face.

A giddy Trevisan frequently laughed as she spoke in Italian with reporters — about exactly how much she’s earned so far ($330,000, more than her total career winnings entering 2020), about how she’d describe her personality (“I try to smile a lot, and I do; but when I’m sad, you definitely can tell that I’m sad”) and whether, given everything she went through, Trevisan thought she could return to this level of play.