Astros out to ‘silence the haters’ in ALDS against Athletics

Astros out to ‘silence the haters’ in ALDS against Athletics 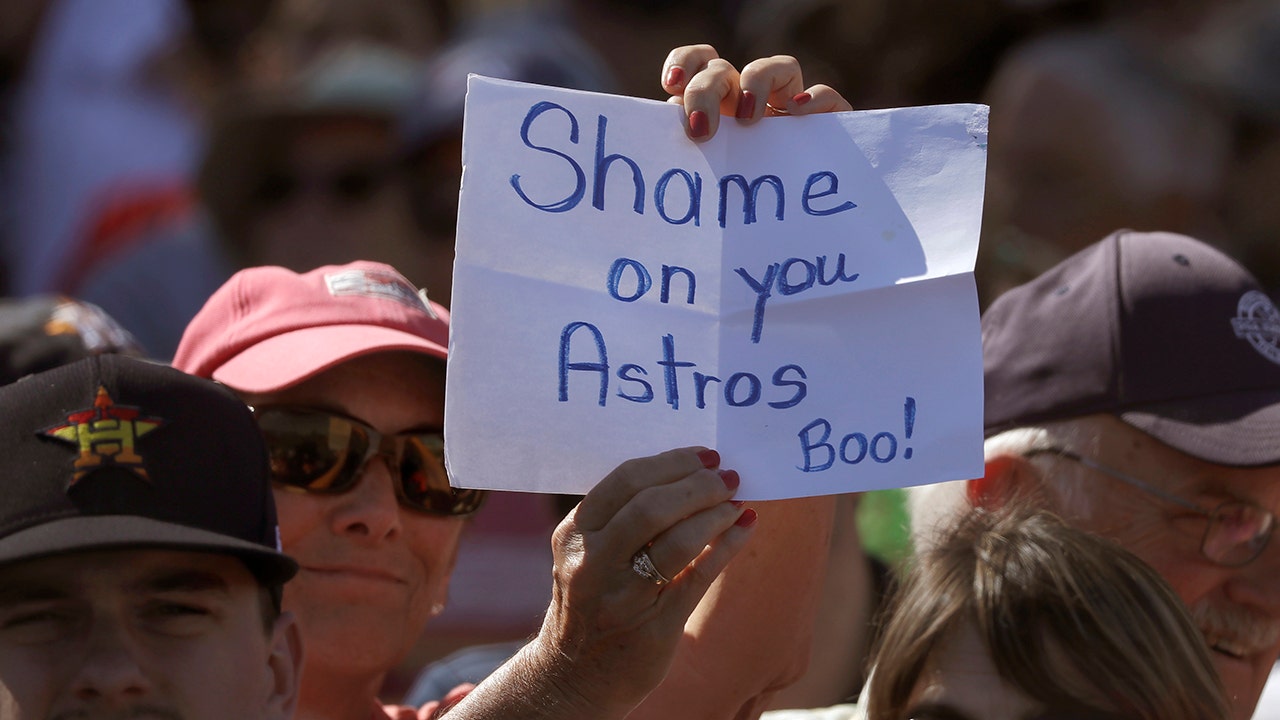 Josh Reddick and the rest of the Houston Astros heard the “cheaters” chants and banging on garbage cans as the team’s buses pulled into Dodger Stadium for a series last month.

They were greeted by Dodgers fans still angry that the Astros illicitly stole signs during the 2017 World Series, when Houston won in seven games and celebrated on the Dodgers’ field.

“I was kind of disappointed there wasn’t enough out there,” Reddick said. “I know I’m stirring that pot.”

And, with the Astros in town for an AL Division Series against Oakland starting Monday, the Houston outfielder agitated things again.

“All the Dodgers fans that probably still hold that grudge are going to be out here voicing their opinion,” Reddick said. “It’s all about silencing the haters, that’s what all this year was about. The trash talk seems to be a little bit more running, and I love it.”

Just like the shortened 60-game regular season, no fans will be inside Dodger Stadium for the best-of-five ALDS. The coronavirus pandemic largely has protected the Astros from having public scorn heaped on them this season.

Mike Fiers rocked baseball when he revealed his old team’s scheme to The Athletic last year, saying the Astros used a camera in center field to steal signs and then banged on a trash can to let their hitters know which pitch the opposing catcher had signaled.

In a potentially awkward situation, Fiers could face the Astros if he takes the mound for Oakland. He hasn’t been particularly effective this season, and didn’t start against them when the A’s took seven of 10 games from the Astros this season.

“We never did anything in our rotation to make him miss the Astros,” A’s manager Bob Melvin said.

Fiers started the deciding Game 3 of the wild card series against Minnesota, but lasted just 1 2/3 innings.

If Fiers is the opposing pitcher, Reddick says, it’s about the game.

“Whoever is out there, you try to treat it the same and don’t let your emotions get the best of you,” he said. “The best way we can control our emotions is going out there and beating him and beating that team as well.”

McCullers had a 2.18 ERA in his final eight starts of the regular season. Bassitt was even better, going 3-0 in last final four starts with a 0.34 ERA and 25 strikeouts.

“Pressure doesn’t really get to me when it comes to the game and atmosphere,” Bassitt said. “I know how good our defense is behind me and how good our hitters are, so it’s kind of easy to relax.”

Although the Astros’ lineup isn’t the powerhouse it’s been in recent years, they are a battle-tested team in the playoffs. The A’s beat the White Sox in three games in the wild card to advance in a postseason series for the first time since reaching the 2006 ALCS.

McCullers gives the edge to the Astros, who beat the Twins in the wild card round.

“We went into Minnesota, they were one of the better AL teams at home this season. We haven’t played so well on the road,” he said. “We just had to find a way to win two games. That’s our same mentality here, we have to go out and win three games. Defense and pitching first and then scoring some runs.”

Few athletes used to working nights are fond of playing day games. But every game in the ALDS starts between 12:30 p.m. and 1:30 p.m. PDT.

It’ll be hot, too. Monday’s high is forecast for 93 degrees and Tuesday calls for 88 degrees.

“Day games are when the ball carries more,” Melvin said.

There are no days off during the series, either.

“You’re a little bit more patient with your starters,” Melvin said. “We do have a pretty deep pitching staff. The third game might be the one you try to eye doing something a little bit different.”

The Dodgers are off in Texas for the NL Division Series, and as the No. 2 seed, the Athletics get to ensconce in the plusher home clubhouse. The No. 6 Astros are relegated to the sparser visitors side.

Melvin spent 40 minutes checking out the Dodgers memorabilia and photos that decorate the hallways and manager’s office.

“If that’s weird,” he said about being in enemy territory, “then this part of weird is really cool.”

Astros manager Dusty Baker — a former Dodgers outfielder — doesn’t need to walk around his old ballpark, where there are photos of him and his 1981 Gold Glove award.

“Most of my reminiscing is done in the dugout,” he said, recalling how he was booed when he struggled during his first season in 1976. A few years, later he made the All-Star team.