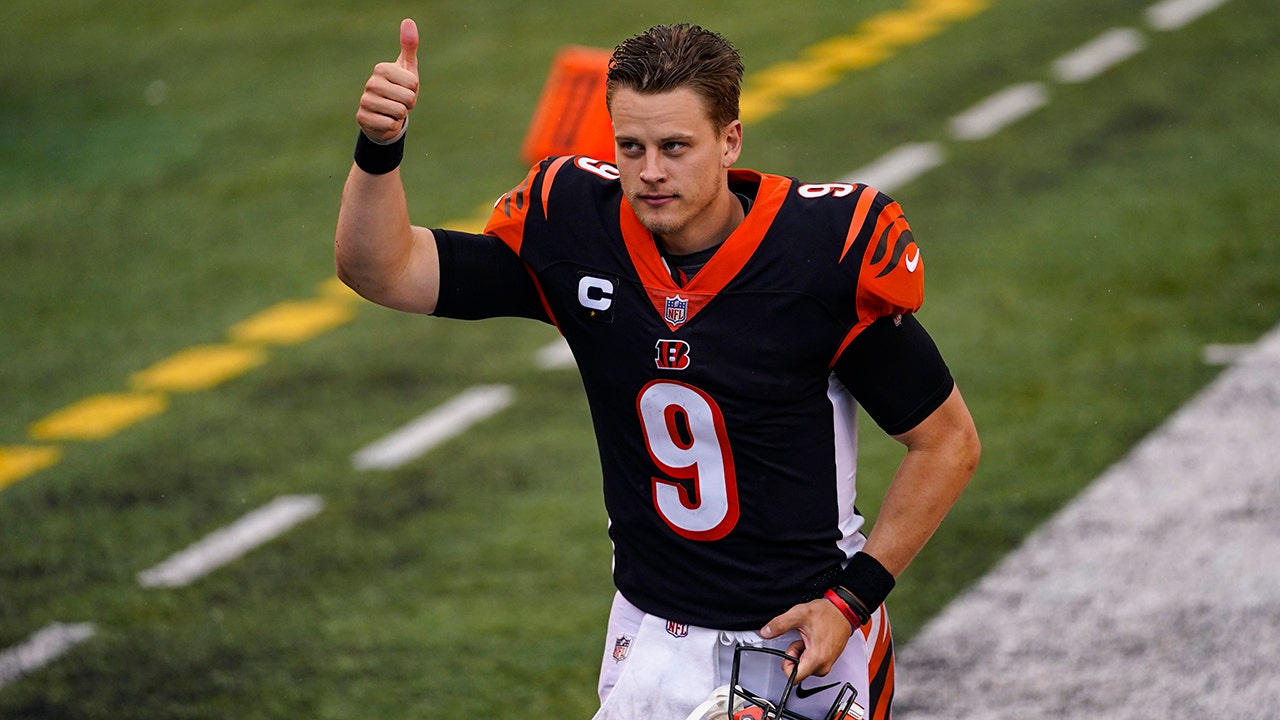 In the Cincinnati Bengals’ fourth game of the 2020 NFL season, rookie quarterback Joe Burrow finally got the first win of his young and promising career.

Burrow completed 25 of 36 passes for 300 passing yards with one touchdown, but the star of the game for the Bengals was running back Joe Mixon, who piled up 151 rushing yards on 25 carries with three total scores in a 33-25 victory over the Jacksonville Jaguars on Sunday afternoon.

ODELL BECKHAM JR. SCORES DAGGER TD AS BROWNS GET THEIR SWAGGER BACK VS. COWBOYS

As a team, the Bengals had 505 total yards in the win.

Even though Burrow pulled out the win, luck wasn’t on his side early on. Late in the first quarter, he had a 16-yard touchdown pass to wide receiver Tyler Boyd denied due to a holding penalty, and instead, the Bengals had to settle for a 35-yard field goal. On another drive, Burrow was intercepted by Jaguars linebacker Myles Jack in the end zone on a third-and-goal play from the Jacksonville 1-yard line.

Late in the first half, Burrow connected with Mixon for a 20-yard touchdown on a wheel route, and then Mixon had a 34-yard score to cap their first drive of the second half to put the Bengals up 17-13, their first lead of the game.

Mixon scored his final touchdown of the day on a run right up the middle of the defense.

With the win, the Bengals improved to 1-2-1 on the season, while the Jaguars dropped to a 1-3 record.