Giants’ Joe Judge on Golden Tate-Jalen Ramsey brawl: ‘We want to do our fighting between the whistles for 60 minutes’

Giants’ Joe Judge on Golden Tate-Jalen Ramsey brawl: ‘We want to do our fighting between the whistles for 60 minutes’ 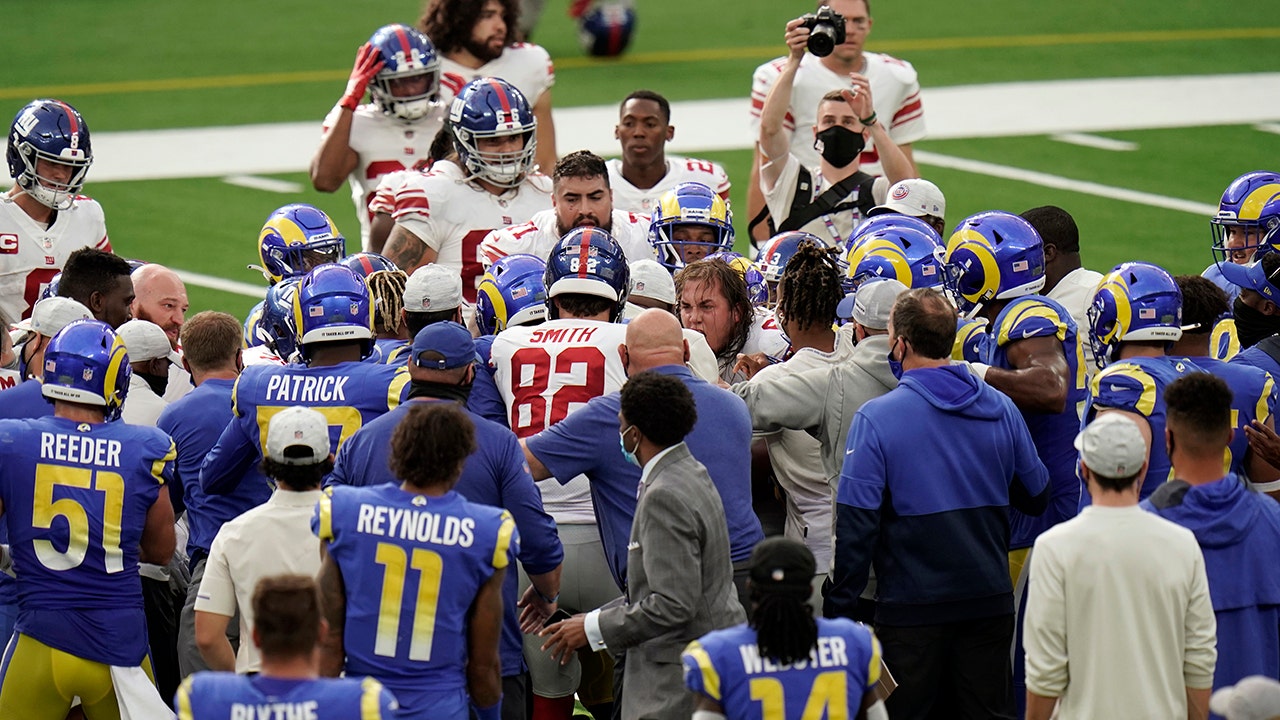 New York Giants coach Joe Judge gave a brief reaction to reporters Sunday after players from his team and the Los Angeles Rams were seen fighting at midfield when the game was over.

Judge said he didn’t have all the details yet after Golden Tate and Jalen Ramsey were seen fighting.

“I have to see and find out all the details. I don’t have anything right there, not yet anyway. Obviously, we want to do our fighting between the whistles for 60 minutes. I don’t know all the details, so I am going to hold and reserve comment on that until I find out everything,” he said.

After Ramsey and Tate were separated, ESPN reported that the Rams cornerback was waiting near the Giants locker room for Tate after the players left the field but there was no second confrontation.

Rams coach Sean McVay was asked about the fight as well.

“I’m not really sure I was shaking hands and I just kind of got in the middle. Fortunately got it broken up and nothing occurred from there,” McVay said.

Tate nor Ramsey were made available for comment to the media.

Both players walked toward each other after the game and immediately got confrontational with each other, according to the Associated Press.

Tate and Ramsey’s private lives have spilled over onto the football field. Ramsey has two children with Tate’s sister and Ramsey and the woman had a public breakup last year. Tate told the New York Post in 2019 that he wasn’t happy with Ramsey.

“I’m not happy at all with the disrespect that he’s shown towards my sister and the things he’s done in the past, but I don’t really want to go too much into it,” Tate told the paper at the time.

Things appeared to get testy between the two players when Ramsey made a key tackle on Tate during Sunday afternoon’s game.

The Rams improved to 3-1 with the win while the Giants fell to 0-4.