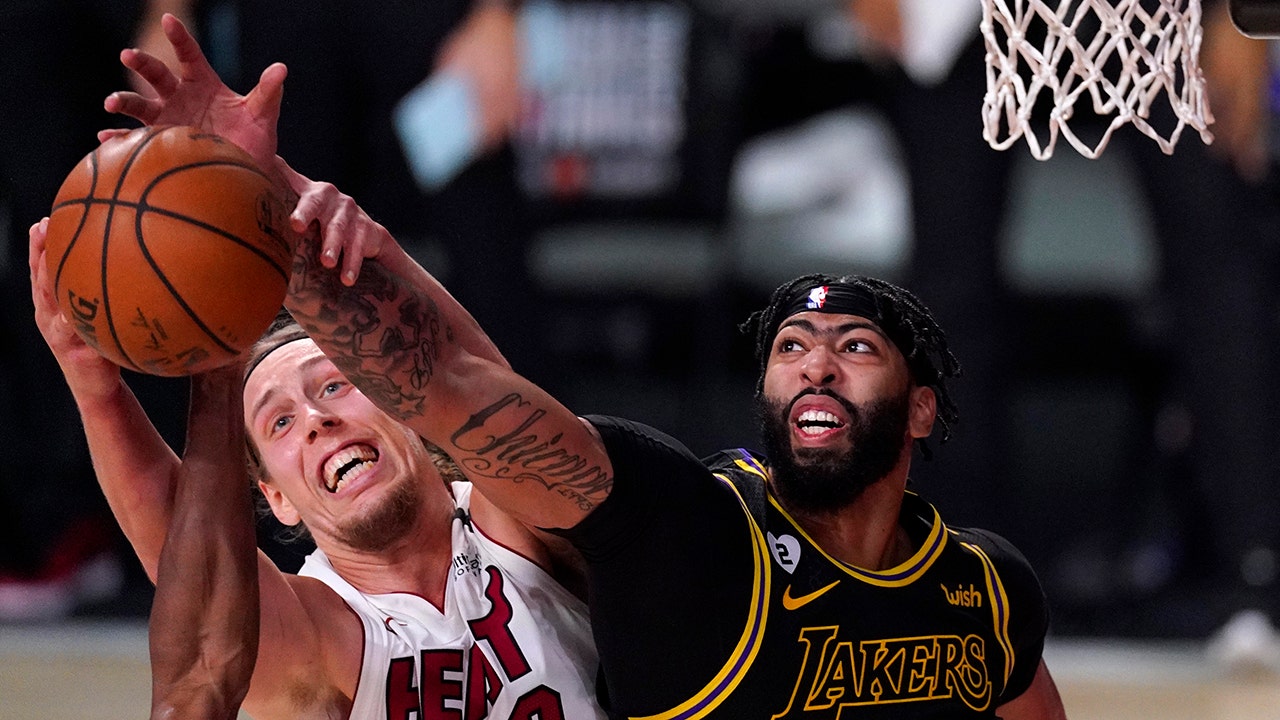 Los Angeles Lakers superstar Anthony Davis sent a message prior to Game 3 of the NBA Finals against the Miami Heat on Sunday night.

Davis, who has been one of the most outspoken players on the team regarding social injustice, was wearing a black Colin Kaepernick jersey while making his way to the arena.

Teammate LeBron James has also been vocal about his support in the Black Lives Matter movement, as well as seeking justice for the death of Breonna Taylor in Louisville, Ky., and the shooting of Jacob Blake in Kenosha, Wis.

Through two games in the NBA Finals, Davis has easily been one of the frontrunners for Finals MVP, along with James. In Game 1, Davis finished with a team-high 34 points, to go along with nine rebounds, five assists, and three blocks in a 116-98 victory over the Heat. And in Game 2, Davis had 32 points and 14 rebounds in a 124-114 win.