LeBron James walks off court in frustration before Game 3’s end: ‘This is not a good look’

LeBron James walks off court in frustration before Game 3’s end: ‘This is not a good look’ 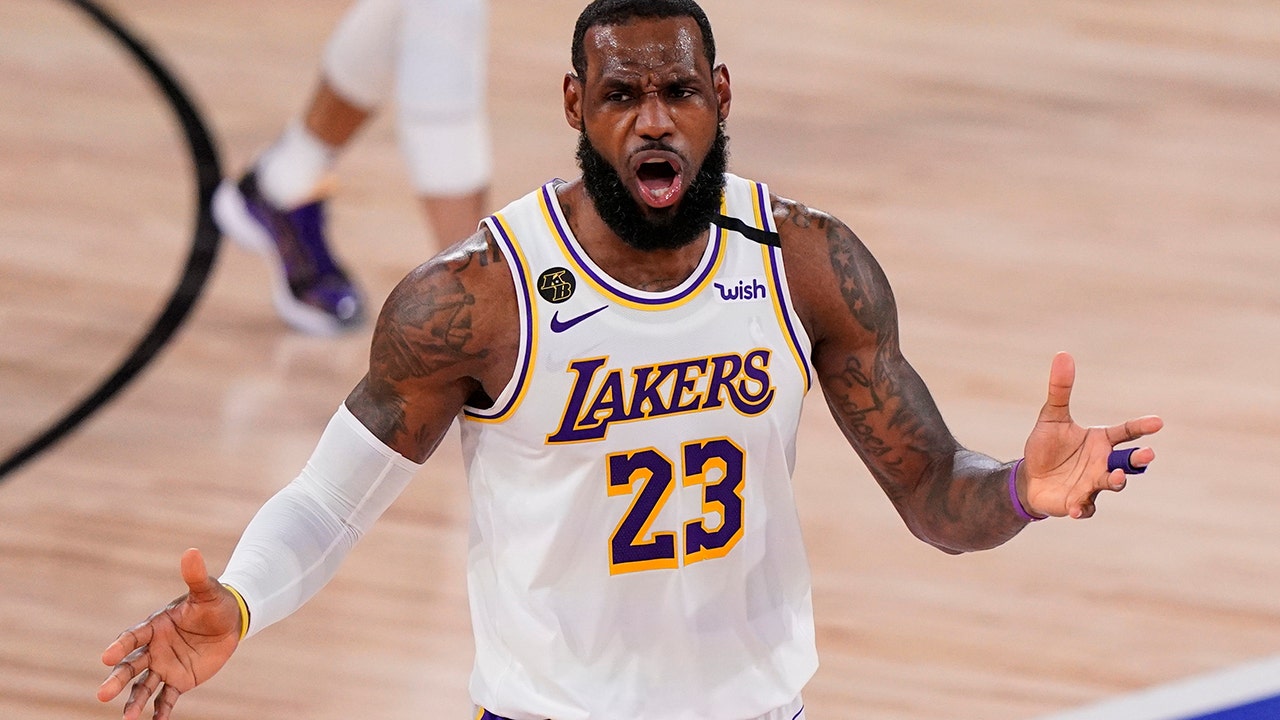 LeBron James was the first Los Angeles Lakers player off the court Sunday night as the Miami Heat were putting the finishing touches on their Game 3 victory in the NBA Finals.

James led the Lakers with 25 points, 10 rebounds and eight assists but was clearly frustrated with a late foul call and the 20 Lakers turnovers that ultimately put the team in a hole early and cost them down the stretch.

James was seen leaving the floor with 10 seconds left and off to the side before the buzzer sounded and the game officially ended.

“This is not a good look,” ESPN broadcaster Mark Jackson said of James.

Fans also noticed James going to the back early.

James addressed the issue after the game, saying he left in frustration and he thought the game was over.

Miami needed all 45 minutes of Butler’s play to get the victory as they were without Bam Adebayo and Goran Dragic for the second straight night due to injuries. Butler was 14-for-20 from the field and 12-for-14 at the free-throw line.